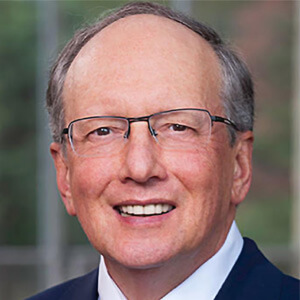 Morris M. Kleiner is the AFL-CIO Chair Professor of Labor Policy at the Humphrey School of Public Affairs at the University of Minnesota. He also teaches at the university's Center for Human Resources and Labor Studies. He began his research on occupational licensing while at the U.S. Department of Labor and The Brookings Institution. His analysis of occupational licensing has been supported by the National Science Foundation, the U.S. Department of Labor, and the W.E. Upjohn Institute for Employment Research. He has published extensively on issues of occupational regulation and has presented his work on this topic at several universities in Europe, Australia, and the United States. In addition, Kleiner has provided advice on occupation regulation policy to the U.S. Federal Trade Commission, the U.S. Department of Justice, state legislatures, occupation associations, the European Union, and the Organisation for Economic Co-operation and Development. He received a Ph.D. in economics from the University of Illinois, Urbana-Champaign.