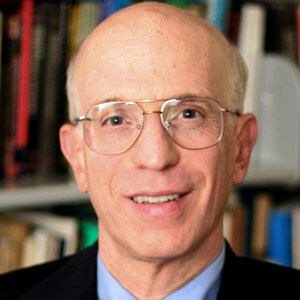 Alan S. Blinder, a member of the Washington Center for Equitable Growth’s Steering Committee, is the Gordon S. Rentschler Memorial Professor of Economics and Public Affairs at Princeton University. He also is vice chairman of the Promontory Interfinancial Network. He has been a member of the Princeton University faculty since 1971, taking time off for government service from 1993 to 1996, when he served first as a member of President Bill Clinton’s original Council of Economic Advisers and then as vice chairman of the Board of Governors of the Federal Reserve System. Blinder is the author or co-author of 21 books, including the textbook Economics: Principles and Policy with William Baumol, from which more than 2.5 million college students have learned introductory economics. Blinder’s best-selling book, After the Music Stopped: The Financial Crisis, the Response, and the Work Ahead, has won several awards. He is also a regular columnist for The Wall Street Journal and appears frequently on television and radio. He is a member of the board of directors of the Council on Foreign Relations, and in 2011, he was elected a distinguished fellow of the American Economic Association. He earned his A.B. at Princeton University, his M.Sc. at the London School of Economics, and his Ph.D. at the Massachusetts Institute of Technology—all in economics.

What to do about the Federal Reserve