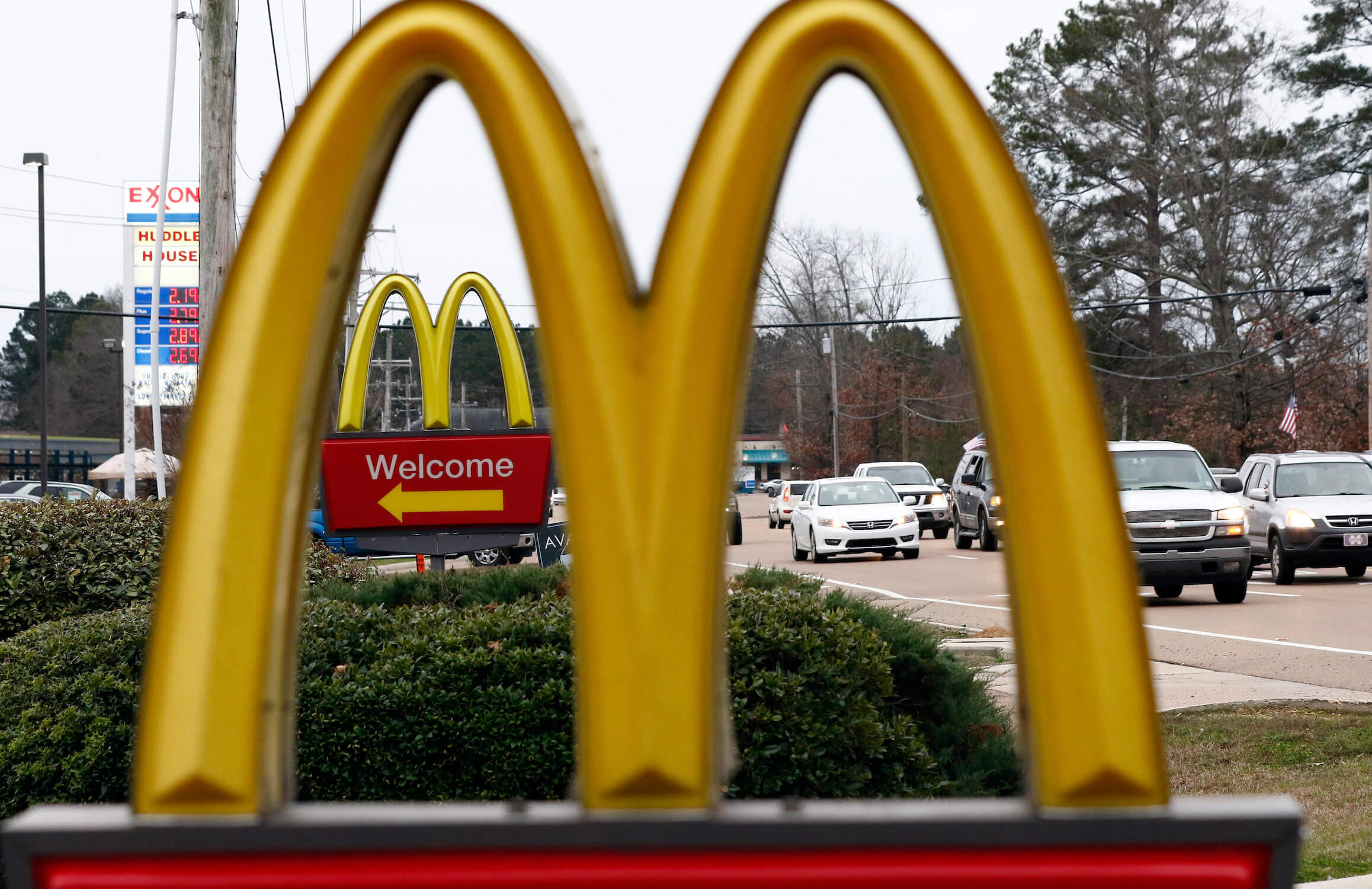 After negative publicity, investigations by several state attorneys general and pressure from Sens. Cory Booker (D-NJ) and Elizabeth Warren (D-MA), several franchise chains recently announced an end to so-called no-poaching agreements. These agreements—which are part of the uniform franchise contracts that companies such as McDonald’s Corp. offered on a take-it-or-leave-it basis to the franchisees who operate their stores—prevent workers within a chain from moving from one outlet to another. Research from economists Alan Krueger and Orley Ashenfelter at Princeton University suggests that such agreements are mechanisms to enhance the monopsony power of franchise employers over workers by restricting workers’ ability to find alternative employment, reducing worker bargaining power and wages.

Eliminating these agreements removes a particularly egregious mechanism to restrain wages in franchise contracts, but my two new working papers suggest that franchisors’ influence over labor costs and working conditions at franchised establishments goes far beyond no-poaching agreements. This column examines my research findings: That franchise contracts still enable franchisors to increase their bargaining power over franchisees and workers; that, in some instances, so-called vertical restraints further harm franchisees and their workers; and that the legal creation of franchising beginning in the 1960s was, in large part, the story of the loosening of antitrust restrictions on franchisors, often to the detriment of franchisees and their workers.

How franchisors increase their bargaining power over franchisees and workers

Through a simple economic model and descriptive analysis of common contractual provisions in franchise agreements, my paper, “Franchising as Power-Biased Organizational Change,” shows that franchisors are, in a sense, co-employers who intimately shape employee working conditions—despite not being the payroll employer of those workers. I argue that franchise contracts function in part to reduce the bargaining position of both franchisees and workers, allowing franchisors to extract more labor effort from a low-wage workforce, reducing unit labor costs, and raising profits for the franchisors.

Franchising is a business form in which a firm owning a valuable brand outsources the delivery of goods or services to a separate firm or individual in exchange for the remittance of a royalty, usually calculated as a percentage of gross sales. In 2012, the most recent year for which data are available, franchising firms accounted for 7.9 million jobs in the United States, compared to 13.4 million jobs in manufacturing. Franchisors accounted for more than 450,000 business establishments, or 10.45 percent of all establishments. Sales of franchised chains were about $1.3 trillion in 2007, or 9.2 percent of total U.S. Gross Domestic Product.

Franchising is the dominant mode of industrial organization in the fast-food industry, with 73 percent of the 3.58 million fast food workers in the United States employed in franchised chains. Franchising is also common in the hotel, auto repair, and janitorial industries.

At first glance, franchising appears to be an efficiency-enhancing business model because it aligns franchisee incentives with franchisors. The franchisee of a typical fast food chain—let’s call him Joe Independent, operating a Fresh Fries franchise—is incentivized to work hard because Joe Independent keeps the profits, minus the royalties paid to Fresh Fries. Since Joe Independent shares in the profits, he also gets the benefit of his own hard work alongside the work of his employees. Franchising appears at this stage to be both fair and efficient.

In short, a franchisor can induce very high levels of franchisee effort by leveraging such one-sided contract terms to reduce the franchisee’s bargaining position. In this sense, franchisors extract not just high effort from franchisees, but also more effort than the franchisees bargained for. Rather than enhance efficiency by achieving more output per unit input, franchise contracts coerce extra output from the franchisee input.

Franchise contracts do more than extract extra effort from franchisees. The contracts also channel that extra effort in certain directions favored by the franchisor. Importantly for the efficiency implications of franchise contracts, franchisees typically do not directly produce output. Rather, they manage the workers who do. These workers are paid in wages, not profit shares, and do not share in the proceeds of any additional effort they put into their jobs.

Franchise contracts also place restrictions on the suppliers franchisees may choose. On average, 47 percent of ongoing franchisee purchases must be made from suppliers restricted by the franchisor. The average percentage in fast food is 78 percent.

As Krueger and Ashenfelter have shown, no-poaching agreements represent direct efforts by franchisors to disempower workers by reducing their fallback position, despite franchisors not directly employing those workers. But other vertical restraints also play a role in disempowering workers.

For one thing, vertical restraints create what David Weil, dean of the Heller School for Social Policy and Management at Brandeis University, has called “fissured workplaces,” where “lead” firms such as franchisors replace direct employment of workers with outside contractors such as temp agencies and franchisees. Workplace fissuring reduces wages by putting workers outside the boundaries of the lead firm, blocking them from access to career ladders, firm-specific wage premia, and workplace protections such as union rights. Without the ability to control franchisees through vertical restraints, franchisors such as McDonald’s and Yum! Brands Inc. (the franchisor of the Taco Bell fast food chain) would be forced to take direct ownership of their retail outlets to maintain the uniform chain-store appearance that is essential to their brand, eliminating fissuring.

In the franchising context, vertical restraints also constrain worker wages in more direct ways by focusing the attention and effort of franchisees on the control of labor costs. The more variables that are taken out of the franchisee’s decision set, the more they must focus on labor cost as the variable they can control. Many franchisees operate under contracts where their prices and most of their nonlabor input costs are determined by the franchisor. The wage bill and extraction of worker effort become one of the few variables under their control to maximize their profits.

Franchising in this context functions as a type of organizational surveillance and as a vehicle for labor discipline by franchisors, in which franchise contracts induce franchisees to surveil production workers and extract high levels of effort from them, reducing the investments in monitoring and/or wage premia that franchisors would otherwise have to make to attract and motivate production workers. Yet because franchisors are not the legal employers of production workers, franchisors escape legal responsibility for their terms and conditions of employment.

The legal creation of franchising

In a second paper, “Control Without Responsibility: The Legal Creation of Franchising 1960–1980,” I trace the creation of franchising as a business model from 1960 to 1980. I show that franchising was far from a natural evolution of business organization, growing over time due to efficiency reasons alone. In fact, the growth of franchising required a struggle through lobbying and litigation to achieve the policy changes necessary to allow it to take root.

The history of the creation of franchising is all about these contractual controls on independent franchisees such as on prices, suppliers, and customer restrictions. These controls were and remain the mechanisms franchisors rely on to create the uniform chain-store appearance of their far-flung operations in the absence of formal vertical integration.

Vertical restraints were frowned upon by antitrust authorities during the early years of franchising in the 1950s and 1960s, who interpreted their antitrust role more broadly as including the protection of small businesses such as franchisees from domination by large corporations such as franchisors. Limitations on the freedom of franchisees to choose their own customers or set their own prices through vertical restraints were therefore frowned upon in the early years of franchising.

Whatever the efficiency implications of franchising, the increasing legalization of vertical restraints also had the benefit for franchising firms of allowing them to fissure workplaces and pull in the legal boundaries of the firm, leaving workers and other stakeholders outside. And at the same time that franchisors pursued franchising as a kind of vertical integration by other means, they also lobbied to preserve the legal benefits of franchisees being separate firms under a variety of laws such as access to Small Business Administration loans and exclusion of workers at franchised establishments from access to collective bargaining and other rights against the franchisors who really control their working conditions.

Franchising is thus very much a legal and policy creation. Among its consequences are workplace fissuring and enhancing the ability of powerful corporations to control working conditions and reduce labor costs without the legal responsibilities that have traditionally accompanied such control. As a creation of law and policy, however, changes in law and policy also hold the key to mitigating its negative effects. The end of no-poaching agreements is an important step in remedying the ill-effects of the franchising model on small businesses and workers, but it is only a first step.

—Brian Callaci is a graduate student of economics at the University of Massachusetts Amherst and a 2017 Equitable Growth grantee.

Control without responsibility: The legal creation of franchising 1960-1980