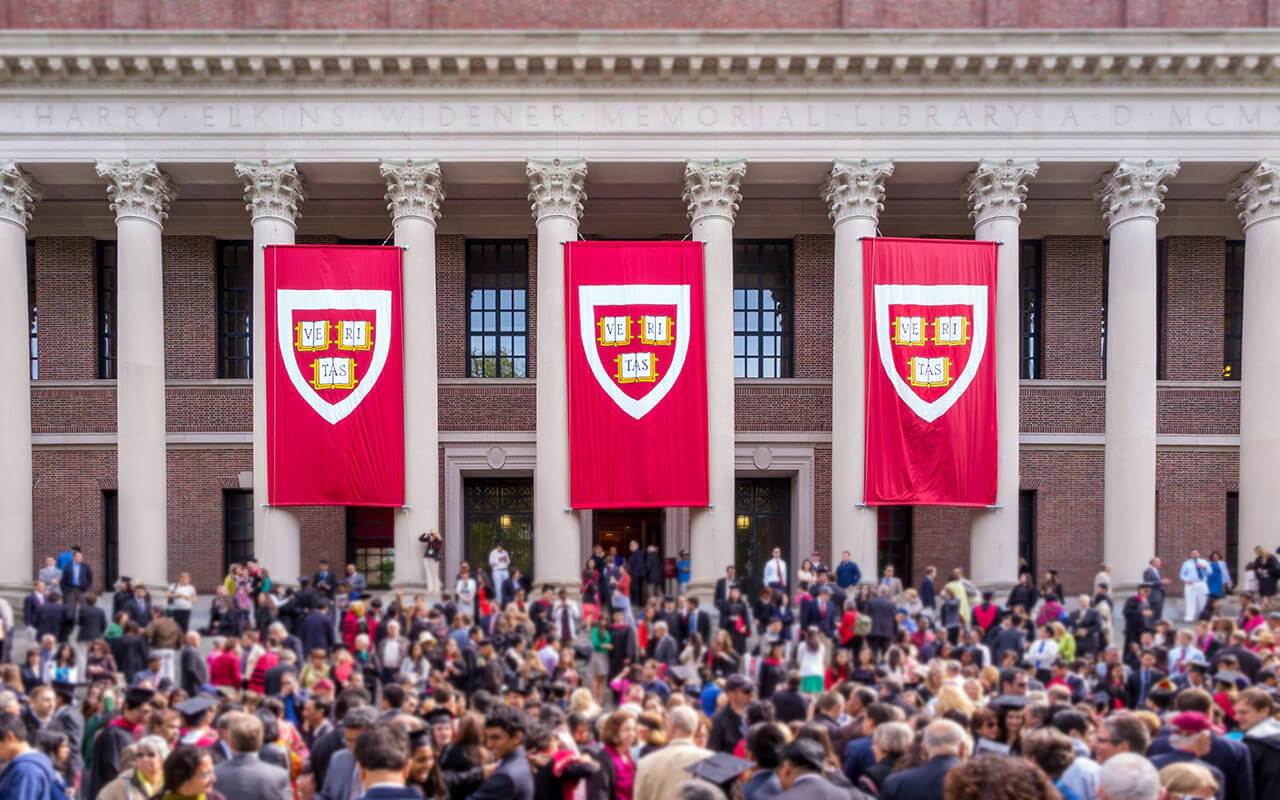 Higher education in the United States has historically been a source of economic mobility—a ticket to the middle class and higher—for millions of Americans. But at a time of sustained high economic inequality, there is growing evidence that admission practices such as legacy preferences have turned some elite colleges and universities into protectors of the economic—and racial—status quo.

One by one, the rich and famous are going to jail in the Varsity Blues scandal, the college admissions imbroglio in which the culprits used bribery and other means to get their children into the college of their parents’ dreams. But did the wealthy parents of their college-bound kids really need to rig the system? In fact, their scheming has focused attention on the enormous routine advantages already possessed by students from families of means, all of which are entirely legal.

The far greater societal scandal than the pitiful actions of these few desperate, wealthy parents is the tutors, the SAT classes, the costly extracurricular activities, the resources to make contributions to colleges, the ability to make early action decisions without needing to wait for financial aid packages, and, for some, legacy preferences that the children of wealthy families enjoy. As Richard Reeves of The Brookings Institution writes, “The difference between this illegal scheme and the legal ways in which money buys access is one of degree, not of kind.”

Research over the past few years makes it clear that elite institutions enroll elite—meaning relatively wealthy—student bodies. Former Washington Center for Equitable Growth Steering Committee member and Harvard University economist Raj Chetty and several colleagues have shown in their paper “Mobility Report Cards: The Role of Colleges in Intergenerational Mobility” that among the “Ivy-Plus” colleges (the eight Ivy League schools, plus four other top universities), “more students come from families in the top 1 percent of the income distribution (14.5 percent) than the bottom half of the income distribution (13.5 percent).” Fewer than 4 of every 100 students at these schools come from the bottom one-fifth of the income distribution.

Disturbingly, the percentage of students from this bottom 20 percent at these universities did not change between 2000 and 2011, despite substantial tuition reductions for low-income students (as well as middle-class students at some schools) and specific outreach efforts, according to Chetty and his co-authors.

This is not a question of ability. According to Chetty and his co-authors, children from low- and high-income families who attend these elite schools generally achieve similar earnings outcomes. So, these colleges do represent an opportunity for significant mobility for poor students. Indeed, 60 percent of students at these schools who come from the bottom fifth of the income ladder reach the top fifth as adults.

But they have to get into the elite college in the first place. And there’s the rub.

Such efforts as the American Talent Initiative and the CLIMB Initiative bring together four-year colleges and universities at all levels across the country to try to help more low-income students enroll and succeed in college. And research by University of Michigan economist Susan Dynarski and her colleagues shows that elite institutions can expand their applicant pools and enrollments among high-achieving low-income students by encouraging them to apply and offering them unconditional full tuition grants.

Yet elite institutions’ own admissions practices might be standing in the way, giving wealthy white students distinct advantages over others—advantages that they hardly need. Many or most of these schools pile specific preferences on top of the routine advantages of wealth:

Legacy admissions are an especially pernicious practice. A wide range of commentators have called for its elimination. “I really don’t see how our best universities can continue to justify this practice,” said William Dudley, Federal Reserve Bank of New York president, in an October speech quoted by Melissa Korn in The Wall Street Journal. “Such an approach only preserves the status quo and constrains economic mobility.”

Between 2010 and 2015, Korn notes, legacy applicants at Harvard were five times as likely to be admitted to the school as nonlegacies. At the University of Notre Dame, the University of Virginia, and Georgetown University, she added, the legacy admission rate is double the rate for all applicants. At Princeton University, it is four times that rate. And at Notre Dame, legacies outnumber first-generation college students by more than three-to-one. In fact, writes Richard D. Kahlenberg in his introduction to Affirmative Action for the Rich: Legacy Preferences in College Admissions, nearly all liberal arts colleges and almost three of every four research universities offer a legacy preference.

Colleges and universities—especially private institutions—jealously guard their admissions policies and practices from public view. But a recent lawsuit against Harvard University yielded a treasure trove of data about how the school decides whom to admit from the 40,000 or so students who apply every year. With only 1,600 spots in the freshman class available, there is intense interest in every admission decision.

Earlier this year, Peter Arcidiacono of Duke University, Josh Kinsler of the University of Georgia, and Tyler Ransom of the University of Oklahoma published two papers that describe the impacts of Harvard’s admission preferences—legacy, children of donors, children of faculty or staff, and student athletes. They estimated, based on a Harvard Crimson survey of the incoming freshman class in 2015 (known as the class of 2019, for their anticipated year of graduation) that 40.7 percent of respondents with legacy status have parents who earn more than $500,000 annually (the top 1 percent in U.S. income). The corresponding share for all respondents, including legacies, is only 15.4 percent—still large but far lower than for legacies alone.

The racial effects of the four preferences at Harvard are stark, according to Arcidiacono, Kinsler, and Ransom. More than 43 percent of white students admitted to the Harvard classes of 2015—2019 (admitted 2011—2015) received a preference of some kind, whether legacy, donor, children of faculty and staff, or athletic. For African American, Asian American, and Hispanic admits, the share with such a preference was less than 16 percent.

What’s more, it is white students who get the biggest admissions boost from the preferences. Indeed, the authors estimate that only one-quarter of white students admitted to Harvard with one of these four preferences would have been admitted had they been treated as “regular” applicants. Compare that to the more than one-half (53 percent) of Hispanic legacies who would likely have been admitted even without a parent alumnus. Harvard, of course, is not the only school that uses a legacy preference, and while we can’t perfectly extrapolate these findings to other schools, there is reason to believe that the policy also biases admissions against the poor and people of color at other schools.

While the number of preferential admissions—even across all the colleges that use them—is not very high as a percentage of all college students, there is no denying that the practice limits the number of openings for highly talented low-income students and students of color. Perhaps just as importantly, it also corrodes trust in institutions that hold themselves out to be bastions of American meritocracy.

Equitable Growth President and CEO Heather Boushey writes in her new book, Unbound: How Inequality Constricts Our Economy and What We Can Do About It, that concentrated economic power subverts the institutions that shape society, protecting the wealth and status of the rich. She also writes about the ability of parents of means to devote far more time and energy than other parents to their children’s preparation for and participation in the college admissions competition, one of countless ways inequality obstructs too many children from fulfilling their potential. Elite, well-endowed colleges and universities could help push back against both these troubling trends if they were willing to buck their rich and powerful alumni.

A number of policy ideas have been put forward to address this issue. Wealthy colleges argue that the recent tax on large endowments imposed by the Tax Cuts and Jobs Act of 2017 was mainly a political gesture that infringes on their missions of research, education, and community service. But Aaron Klein and Reeves suggest that the tax could be modified to create incentives for colleges to enroll more students from lower-income families, including by the elimination of legacy admissions.

A New York Times editorial calling for the elimination of legacy admissions points to a bill introduced in the California state legislature that would bar any school with legacy or donor preferences from participating in the state’s need-based grant program. The editorial writers suggest other ideas, such as requiring colleges to make public the number of their students admitted with a legacy preference or barring schools from asking applicants where their parents went to college. The editorial also suggests a voluntary approach—that a group of competitor schools “take the leap together, a mutual stand-down.”

In his book introduction, Kahlenberg cites data showing that legacy status “is worth the equivalent of scoring 160 points higher on the SAT.” He notes that legacy preferences “were born of anti-immigrant and anti-Jewish discriminatory impulses,” adding that they “are an unfair and illegal anachronism … [T]hey are fundamentally anti-American, at odds with the very founding of this nation … That this remnant of ancestry-based discrimination still survives—in American higher education of all places—is truly breathtaking.”

The leaders of higher education need to change these discriminatory, out-of-date practices if they want to restore their institutions’ role as the key to economic mobility our country so desperately needs. 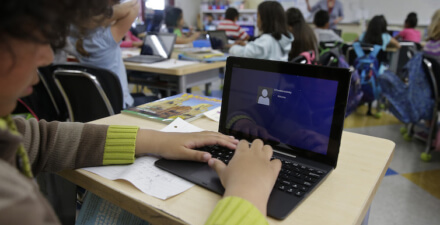 Closing the homework gap: Why accessibility to high-quality broadband matters to U.S. schoolchildren 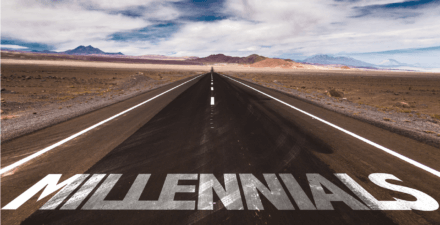 How to get high-achieving, low-income students into selective schools