On February 7th, the U.S. Bureau of Labor Statistics released new data on the U.S. labor market during the month of January. Below are five graphs compiled by Equitable Growth staff highlighting important trends in the data.

Prime-age employment-to-population ratio increased to 80.6% in January, reflecting a healthy labor market 10 years into the expansion. 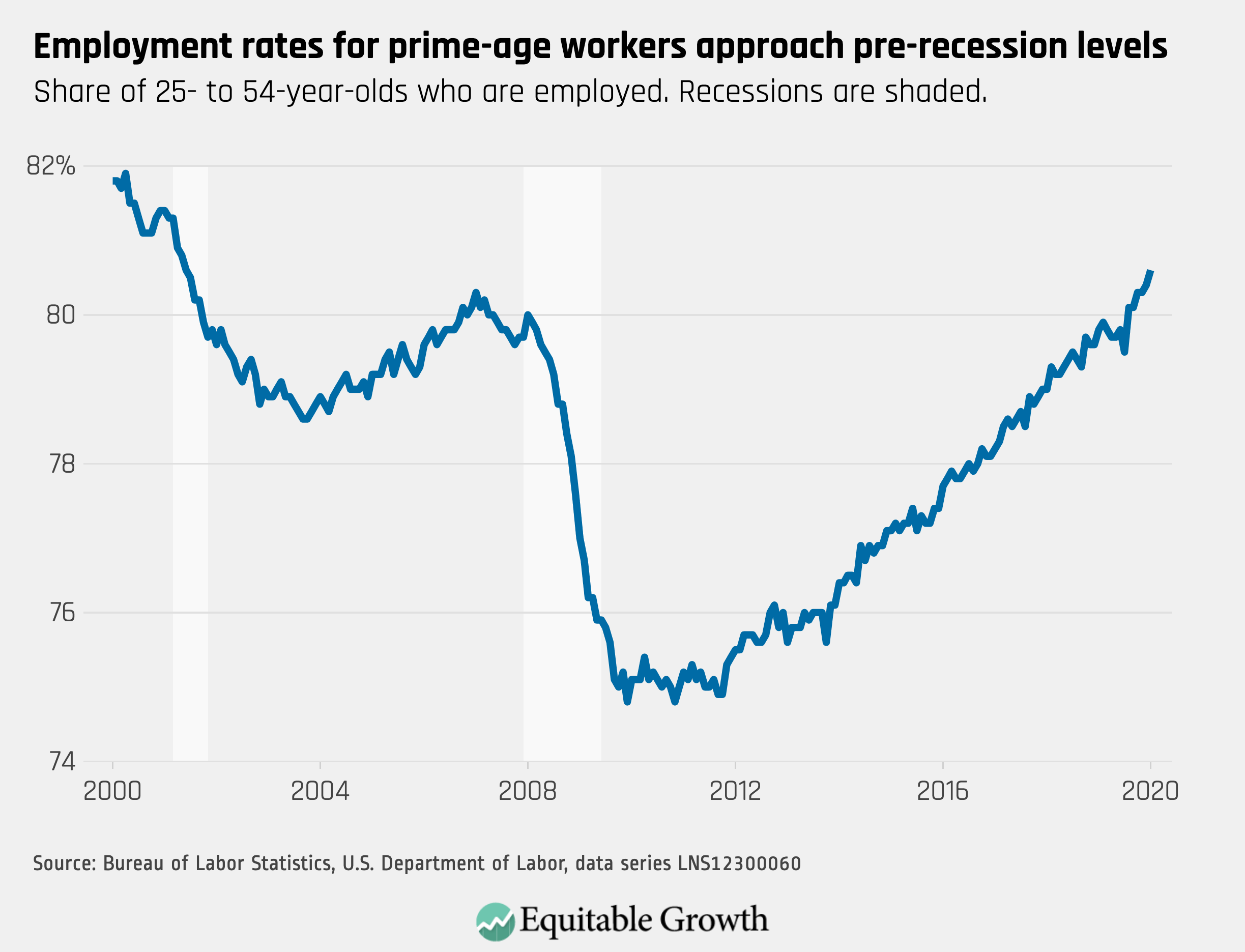 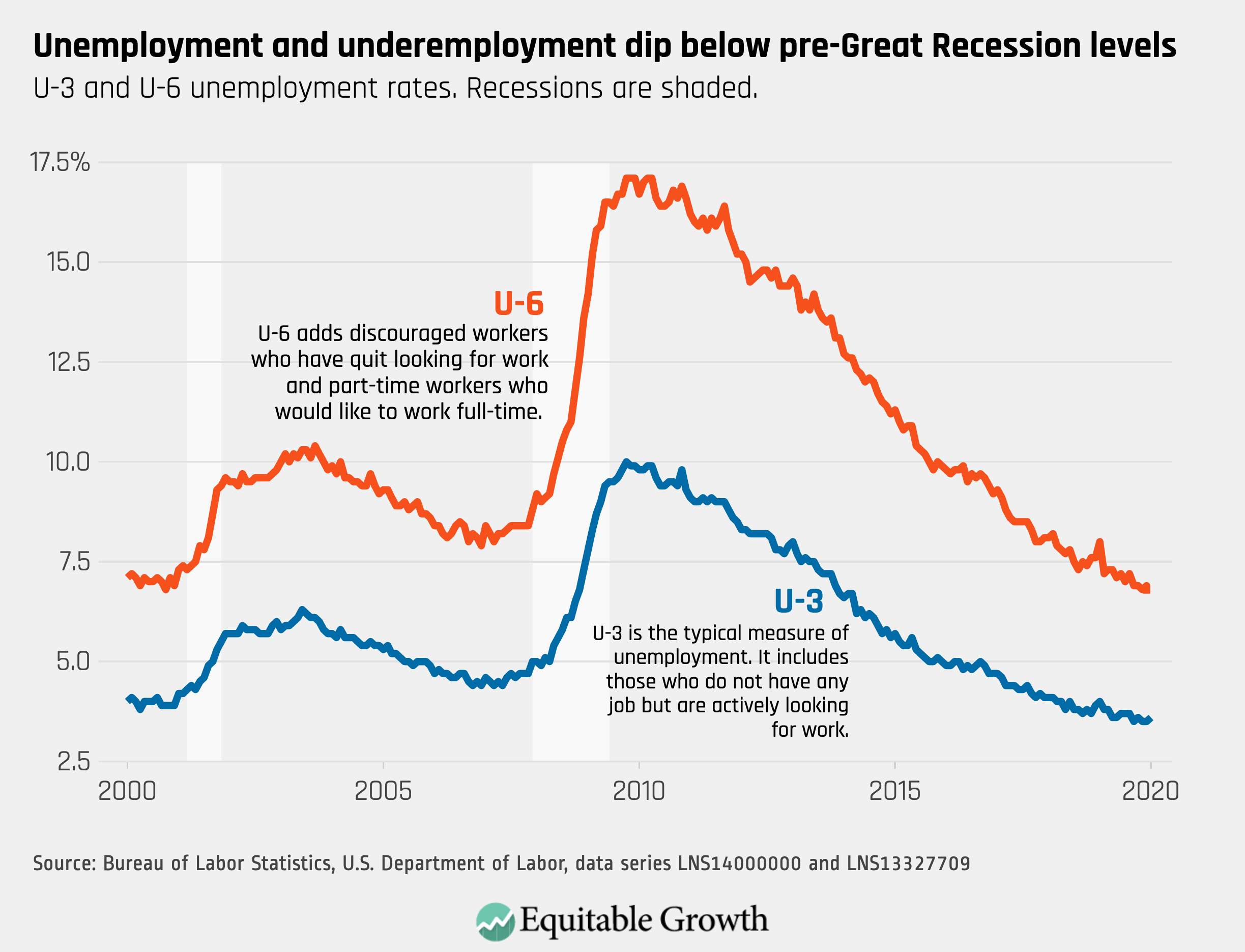 Wage growth remains tepid at 3.1% year-over-year, despite a low unemployment rate and more jobs being added to the labor force.

The proportion of unemployed workers who have been out of work for more than 15 weeks has been steadily declining since the expansion began, but it has plateaued in the past two years, other than a small increase in January. 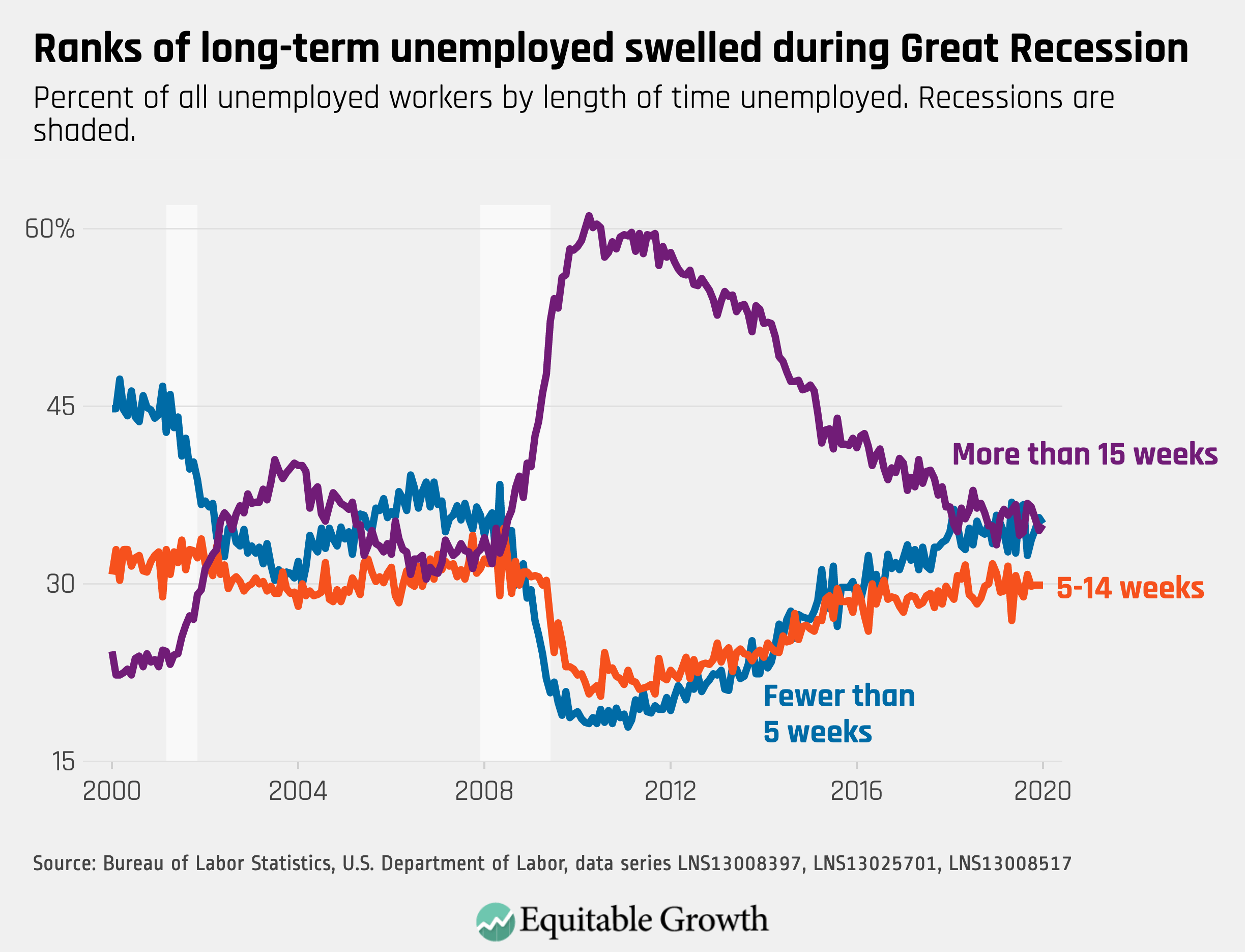 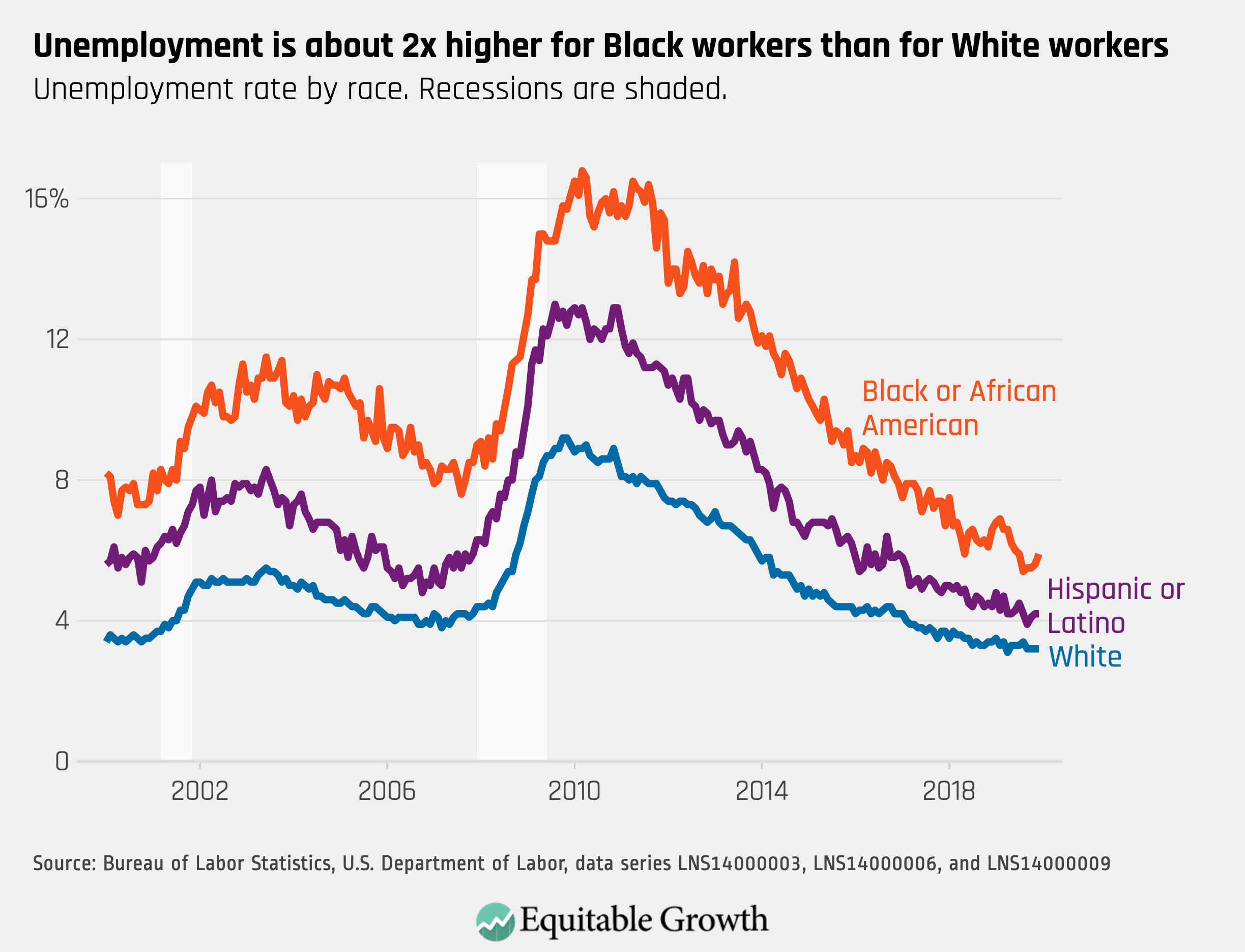