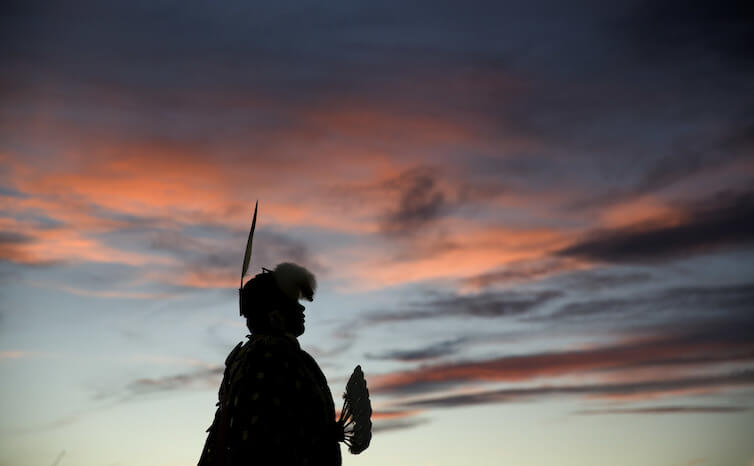 American Indian and Alaska Native women are frequently overlooked or omitted from labor market research. Work examining gender gaps often categorizes women into a single group. Research that does explore the racial and ethnic dimensions of economic outcomes typically continues to lump Native American women into some other aggregated category. In both of these cases, the individual experiences of American Indian and Alaska Native women are rendered invisible. September 27 is designated as Equal Pay Day for Native American women to raise awareness of labor market inequalities they face. On average, Native American women have to work from January 1, 2017 until nearly the very end of the third quarter of 2018 to obtain the equivalent amount earned by white, non-Hispanic men in 2017.

The history of the United States is reflected in the demographic differences between our various subpopulations. The percentage of American Indian and Alaska Native, Asian, black or African American, Hispanic, and white populations by state provides evidence of our past. The legacy of Manifest Destiny, Indian removal, and slavery are especially well-exhibited. Native Americans are disproportionately represented in states west of the Mississippi river, while black and African American populations tend to be concentrated in states where slavery was legal prior to the Civil War.

Current data tells us about the present state of society and informs us of possible progress. Statistics that demonstrate that women earn 80 cents for each dollar earned by men are important because they document current inequities within our system and should make us question why they exist. Because this ratio was much lower in 1970, we can investigate the institutional or societal changes that contributed to this change and consider how society can achieve gender wage equality for women from all races and ethnicities.

Research focusing on Native Americans or that even includes them as a stand-alone category is comparatively scarce due to data limitations. Currently, American Indians and Alaska Natives are estimated to comprise 1.3 percent of the total U.S. population. The small size of the Native American population relative to other demographic groups increases the cost of maintaining reliable data and creates privacy issues. As a result, government reports have failed to publish data and frequently insert an asterisk as a place holder—a practice so common that American Indians and Alaska Natives are often referred to as the “Asterisk Nation.” This occurs despite mandates such as Section 17 of Public Law 102-477, which requires the collection and publication of labor market data on the Native American population. The dissemination of data that accurately describes Indian country plays a key role in helping ensure accountability, informs policy, and fulfills the federal Indian trust responsibility.

Historical and societal issues that are unique to American Indians and Alaska Natives present additional challenges for collecting data. There are several unique ways in which these groups are commonly classified. Scholars have argued that race is socially constructed, a position supported by the evolution in race and ethnicity classifications. Native Americans, however, are unique as a race in that there is a government-to-government relationship that exists between Native American nations and the U.S. federal government, which stems from treaties dating back to the United States’ founding fathers. There are currently 573 federally recognized American Indian and Alaska Native nations, each with its own distinct history, culture, and concerns. Further complicating classification, tribal citizens are enrolled members of Native American nations and possess a legal status that is different from those who are not enrolled but instead, because of a community attachment, self-identify as American Indian or Alaska Native. This begs the question for those seeking to understand the American Indian experience: What population of American Indians are you interested in researching, and how do you ensure that your data hasn’t been misclassified?

Researchers have employed an array of approaches to explore the inequalities experienced by American Indians and Alaska Natives. A commonly used method is to focus on Native Americans as a whole and combine all self-identified individuals into a single category. This method is employed to calculate the statistic for Equal Pay Day. Studies seeking to differentiate between tribal and nontribal citizens tend to concentrate on location or race as a means of sifting the two groups. For instance, economists Randall Akee of the University of California, Los Angeles and Jonathan Taylor of the Taylor Policy Group use a method that looks at whether a self-identified individual resides in an area that contains a reservation to proxy for enrollment status as they document the social and economic change on American Indian reservations from 1990 to 2010. In contrast, economists Donna Feir and Rob Gillezeau, both of the University of Victoria, limit their analysis to single-race Native Americans and find evidence that during the Great Recession, Native Americans without employment were more likely to return to or stay in traditional homelands than other groups.

Recent work investigating inequalities in the labor market for Native American women is limited. Feir and Gillezeau document that unemployment rates for Native American and African American women from 2007 to 2010 were higher than their white counterparts, while their labor force participation was lower. My research finds similar results and examines hourly wage changes for different percentiles by race and gender. A result from that study relates wage growth, income status, and race. Wage increases occurred for white women at the higher income ranges while wages for Native American and white women with lower incomes was stagnant or even decreased from 2003 to 2014. Overall, research such as this provides consistent evidence that race, ethnicity, and gender matter when examining economic outcomes.

A foundational step toward overcoming disparities for American Indian and Alaska Native women is collecting data that can be used to document differential outcomes and accurately describes the experiences of Native American women. Current research has devised a number of ways to estimate and describe the challenges faced by Native American women, but it is unable to provide a complete picture because data is limited. Only once society is able to understand the barriers preventing Native American women from receiving equal pay will it be possible for these obstacles to be eliminated.

—Jeffrey Burnette is assistant professor of economics at the Rochester Institute of Technology. 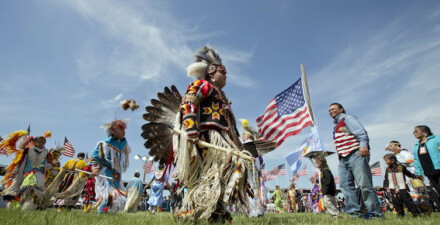