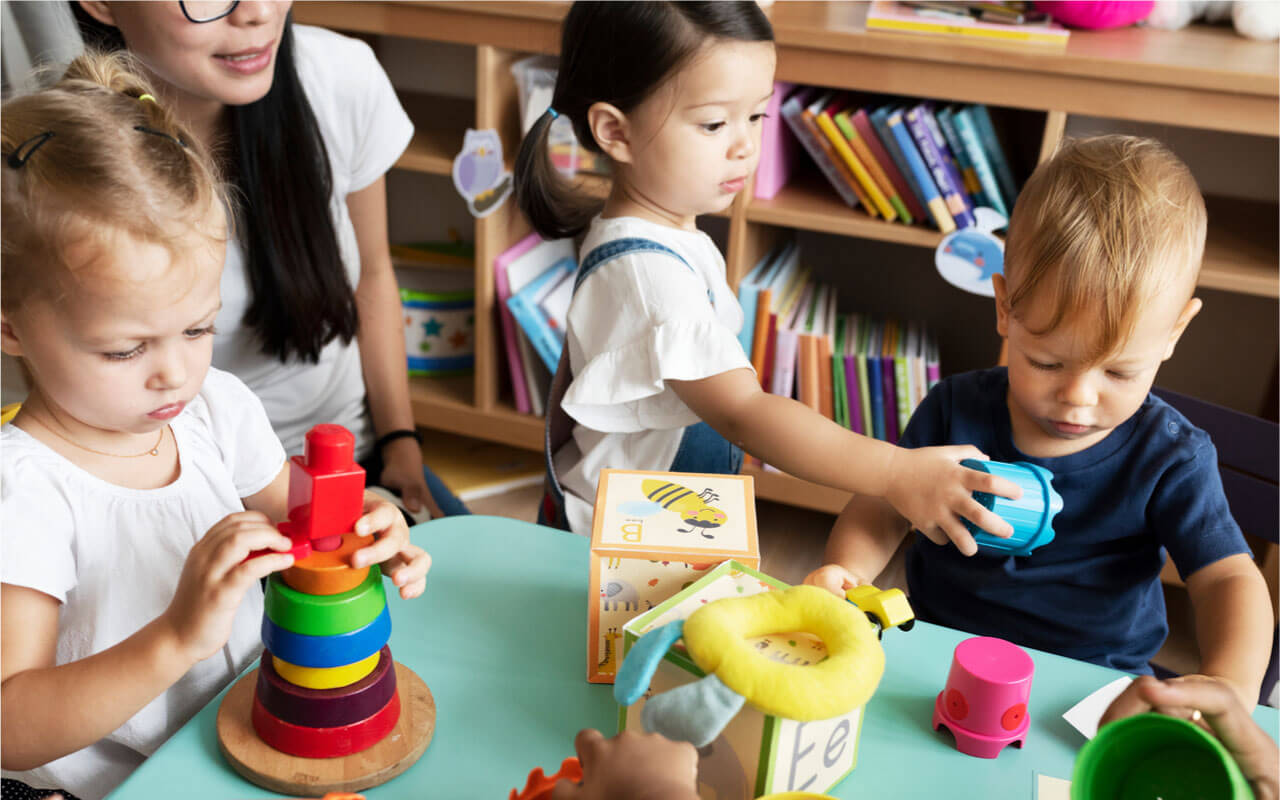 Recent months have seen the blossoming of more concrete ideas for addressing the pressing problem of a lack of access to high-quality, affordable childcare and education—an issue that has not been treated as a national priority in recent decades. A growing body of new research is reshaping how we think about the importance of early childhood and highlights that quality, affordable childcare and education is not just good for families but also for the U.S. economy as a whole.

At the core of the problem are the costs of childcare, a huge burden on many families, especially in single-parent households. The average cost to provide center-based, licensed infant childcare is $1,230 per month—nearly a fifth of the median family’s income—and even more for high-quality childcare. In more than half the states, a year of childcare costs more than the average annual cost of public college tuition. And the rising costs aren’t explained by rising quality: A federal study found that only 10 percent of childcare in the United States was considered high quality. In an era of high income and wealth inequality, the steep costs shut out low- and middle-income families and block their children from fully developing their human capital, while those at the top have the resources to safeguard the best environment for their children.

Lack of access to affordable, high-quality childcare also is a problem for the U.S. economy as a whole. Research shows that rising childcare costs drive women out of the workforce, as parents come to depend more on informal childcare arrangements that are less reliable. Princeton University economist Janet Currie’s work in particular sheds light on another important aspect of the problem of high childcare costs—the importance of early childhood care and education for the children and their future outcomes. Our nation’s failure to deal with childcare means we miss out on a critical stage of human capital development, thereby depriving the United States of future workforce productivity.

Currie, a member of Equitable Growth’s Steering Committee, has made major contributions to shaping what we know about the role of childcare as a broader piece of an economic growth story. She is a pioneer in the field of human capital, known for her innovative research on public policy issues related to child health and well-being. In her work, Currie finds that early childhood programs—including both childcare and preschool—have significant short- and medium-term benefits, often larger for disadvantaged children. Research shows that small-scale model programs, such as the Perry Preschool Project and the Carolina Abecedarian Project, improve educational and earnings outcomes and reduce crime and the use of safety-net programs in later life.

There also is Currie’s research looking at the impact of larger-scale programs such as Head Start, the biggest federal experiment providing wrap-around childcare for disadvantaged children. Currie’s study with economists Eliana Garces, formerly at the European Commission, and Duncan Thomas at Duke University tracked children who were enrolled in Head Start many years after their participation and found lasting positive effects on educational outcomes and criminal behavior from the intervention, contradicting a series of studies that found immediate gains in test scores “fade out” in the early elementary school years.

Still, Head Start has fallen short of producing results on par with small-scale interventions such as the Perry Preschool Project because serving a relatively small number of children with intensive services delivered by well-trained staff hasn’t proven to be easily scalable. Amid a debate on the effectiveness of Head Start and how to best design the program, Currie and health economist Matthew Neidell at Columbia University looked “inside the black box” of Head Start, finding that the program participants had higher reading scores, especially those in poor counties and where Head Start spending was higher. Head Start programs that targeted funds toward services for children over other services, such as programs for parents or community development, also saw reduced behavioral problems and grade repetition among the children. More recent research supports Currie’s initial findings.

More broadly, Currie’s research has improved our understanding of early childhood and its impact on child and adult outcomes—a relatively new area of research for economists—showing that it matters for the U.S. economy. In a 2011 summary co-authored with Columbia University economist Douglas Almond, Currie lays out the research showing that the impacts of prenatal environments aren’t confined to health outcomes in adulthood, but also extend to economic outcomes such as the likelihood of being employed and the level of income earned, based on the late British epidemiologist David Barker’s idea that prenatal conditions may have lifelong impacts—the “fetal origins hypothesis.”

In a 2017 sequel to their first summary, Currie and Almond, with economist Valentina Duque at the University of Sydney, expanded their review to include the latest research on the postnatal early childhood environment, concluding that events in the first 5 years of a child’s life have significant long-term impacts on adult outcomes. Child and family characteristics measured when a child enters school are as important in explaining future outcomes as more traditional factors such as years of education. Currie found in an early paper that children’s test scores at age 7 explain 4 percent to 5 percent of the variation in adult employment and more than 20 percent of the variation in wages.

Childcare as a federal policy issue was largely relegated to a “welfare” issue after President Richard Nixon vetoed a 1971 bipartisan bill to create a universal childcare system. This also was about the time that women with children began joining the workforce in much greater numbers. Today, as the lack of access to affordable childcare creates near-universal stress on families’ work-life balance, policymakers are catching on to the urgency of the issue. Sen. Elizabeth Warren (D-MA), who is running for the 2020 presidential nomination of her party, recently released a proposal to subsidize the cost of childcare to make it free for low-income families and cost no more than 7 percent of household income for all families.

And many states and localities have been expanding access to publicly funded pre-Kindergarten in recent years, though there is great variation in the scale and allocation of funds. Oklahoma’s program, which serves roughly 3- and 4-year-olds in the state, is implemented within the existing public-school district system, while other states such as New York use a “mixed-delivery model,” where community-based and school sites provide pre-Kindergarten services with a blend of public and private funding.

The bottom line: Research done by Currie and other economists highlights the importance of early childhood years for child well-being and future economic outcomes across the United States. Affordable, high-quality early childhood care and education is a critical need for families, as well as our future workforce. Policymakers should ensure that the renewed interest in early childhood care and learning is sustained and translated into well-designed and implemented programs. 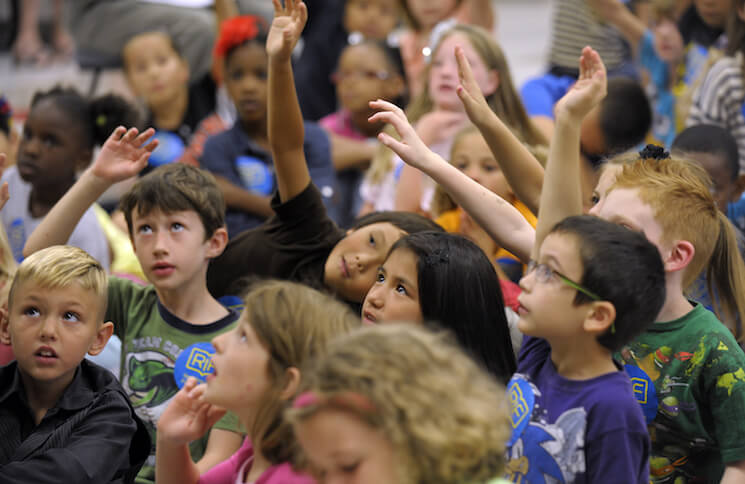 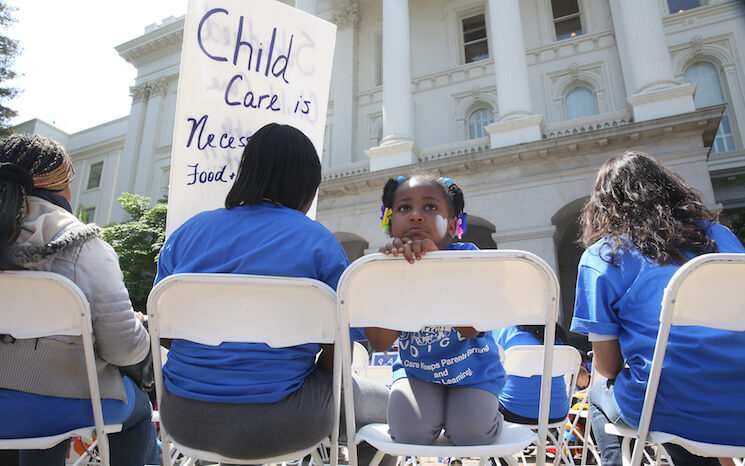 Is the cost of childcare driving women out of the U.S. workforce?