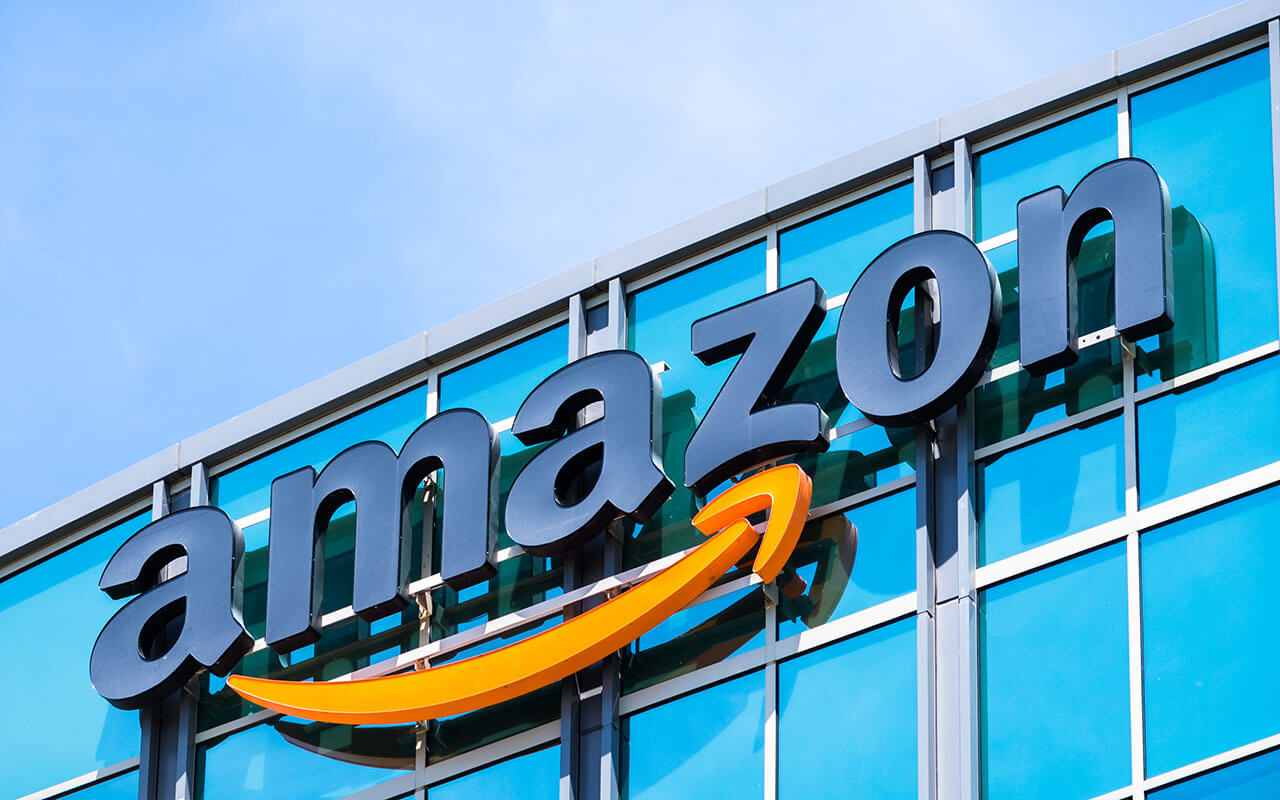 New York’s recent Amazon.com Inc. debacle—winning and then losing the company’s partial second headquarters, or HQ2—has led to some soul searching by politicians (and new efforts, thus far unsuccessful, to win Amazon back). What went wrong? And how should other states and cities faced with tantalizing employment and economic development opportunities presented by giant companies in the future learn from the debacle?

There is a natural tendency to play the blame game in the wake of a political mess of this magnitude. Who killed the goose that was going to lay the golden egg? Was it the governor? The mayor? The city council? A state senator? Or was Amazon CEO Jeff Bezos at fault? Rather than engage in finger-pointing, I think it is more productive to study how this process broke down and produced an outcome that wasn’t in the best interest of either the company or, arguably, the majority of New Yorkers.

Amazon began the year-long process for establishing a second headquarters with a public call for proposals from states and localities across the country. The prospect of landing an employer promising tens of thousands of high-paying jobs set off a media frenzy and a then a frenzy of bids, which unsurprisingly included publicity stunts such as Arizona’s mailing of a 21-foot-tall cactus to Amazon HQ1. One town offered to rename itself “Amazon.” If Amazon’s goal was to generate excitement and free media attention, this first phase was a smashing success.

In January 2018 Amazon culled from the 238 different sites that made bids a list of 20 cities. In stark contrast to the first-round “beauty contest,” The company required the finalists to sign non-disclosure agreements, and public records requests reveal that Amazon asked cities to avoid additional publicity.

Amazon’s final announcement that it would split its HQ2 into two locations, New York City and Arlington, Virginia, was coupled with a description of the incentives provided by each location. New York’s offer was a firm-specific, incentive-heavy offer—the governor and mayor offered Amazon billions of dollars through existing economic development programs.

Virginia’s offer was also made in secret, but the deal was considerably smaller, more creative, and largely focused on workforce development and investment in infrastructure. New York’s offer, based just on the cost and type of incentives, was more open to criticism.

But the cause of much of the flurry of criticism in New York, and in many other cities that put in bids, was the proposals’ lack of transparency. Many cities either routed their bids through agencies that weren’t subject to public records requests, such as Chambers of Commerce, or used exceptions for economic development and legal challenges to keep their bids secret. New York and Virginia both kept their bids under wraps until Amazon announced the content of the offers.

Many New York politicians and civic leaders cried foul. The Amazon deal was pre-negotiated without input from local officials and civil society. Sadly, this was a common practice across most HQ2 bids. For instance, in my own analysis of two dozen bids, I found letters of support from labor unions in only three cities (Pittsburgh, Philadelphia, and St. Louis) and not a single letter from an environmental group. And these letters reflect a minimal level of involvement. It’s unclear, for example, whether these organizations had any opportunity to provide real feedback in the process. Most affected interests in New York—labor, environmental groups, affordable housing advocates, and even the state legislature or the city council—weren’t consulted in the bidding process.

Virginia had a similarly secretive process. The difference was that its accompanying letters of support did include a wider range of organizations, including school districts, as well as letters of support from the Democratic and Republican candidates for governor. This would suggest that, within the confines of Amazon’s imposed silence, local and state leaders found a way of consulting with the affected communities and organizations.

Still, there is some opposition to Amazon in Virginia, and part of that opposition is based on the secrecy of the process and the public subsidies to which the parties agreed. At this time, the full package has not been approved.

But for both cases, this bidding process contributed to events consistent with what political scientists have long known: Processes that depend on non-transparency agreements are inherently less credible. And in the case of New York, a reaction that took down the project.

It is easy to say that this was simply a miscalculation by New York’s governor and mayor, but the problem is bigger than two individuals. Across the country many HQ2 bids shared a similar process, raising two fundamental issues for economic development processes in hundreds of communities.

First, too many deals, large and small, have become opaque. As Amazon HQ2 has shed some light on this trend, we could see similar backlashes in communities across the country against these kinds of agreements. The one way to manage this is for political leaders to run inclusive processes, including a broader range of groups in the bid-making process and then being fully public about what was offered, when they seek to attract employers to their jurisdictions.

The second main point is that most of these incentives are bad public policy. Virginia’s HQ2 bid was more public focused. It includes future payments based on a formula involving new, high-paying jobs as well as and other public subsidies, but it also includes a promise of infrastructure and education investments that would serve not only Amazon but also the entire community. The subsidies continue to face opposition. New York’s bid, in contrast, was designed primarily to put more money into the pockets of Amazon. Again, most cities across the United States made bids more similar to New York’s offer, and often at staggering costs, in one case exceeding $20 billion in tax incentives over 99 years.

To be clear, my point is not that New York should not have sought to become a home for Amazon. But the academic literature tells us what many New Yorkers already knew. Companies such as Amazon often pick a location first, and then try to exact as many incentives as possible. Research suggests that these incentive programs swing very few investments, and there is even evidence that executives in some cases don’t know that their companies received these benefits.

Even when such incentives are effective, they are often so excessive that the costs aren’t justified. Taiwanese semiconductor manufacturer Foxconn Technology Group’s investment in Wisconsin is the poster child for such exorbitance, but this isn’t an isolated incident. Film incentive programs are routinely criticized by state audits, including Virginia’s finding that each dollar in film tax credits returns only a dime to the state. And even when California’s more traditional flagship incentive program, California Competes, was reviewed by the state Legislative Audit Office, the main recommendation was to end the program. New York’s audit of the Excelsior Jobs Program, the same program used to provide the state incentives to Amazon, found damning evidence of mismanagement.

Promises of jobs, which are especially salient for public perceptions of incentive deals, are problematic at best. This should serve as a warning to Virginia, regardless of how the jobs provisions of its bid are structured. My co-author Calvin Thrall and I studied location incentive deals in Texas and found that many of the jobs promised as part of the agreements are quietly renegotiated downward by firms to avoid rules that would lead to clawbacks—taking back a portion of incentive payments, for example—for noncompliance. Studying economic development programs in Maryland and Virginia, I found that incentives had virtually no impact on job creation. The companies receiving the incentives did not add appreciably more jobs than control groups of similar firms that had received no such incentives.

These two points provide a very simple lesson for communities that want to avoid the same folly as New York. Good public policy should involve the public. Secrecy is undemocratic and limits the credibility of deals. A secret offer that is shielded from the public and is put together without appropriate consultation tells you that leaders are worried the public won’t support that deal.

And for good reason. Many of these deals don’t pass a simple cost-benefit test and impose serious costs on the rest of society. Making these deals more transparent from the onset forces officials to gain buy-in from the rest of the community. This can correct the most egregious uses of incentive programs.

New York’s governor and mayor made the mistake of following the same script that has been used in thousands of incentive deals across the country. My hope is that the lessons provided by Virginia and New York are not that localities should have rejected Amazon, or economic development deals in general, but that they should reject broken processes in favor of those that work for both firms and the public. 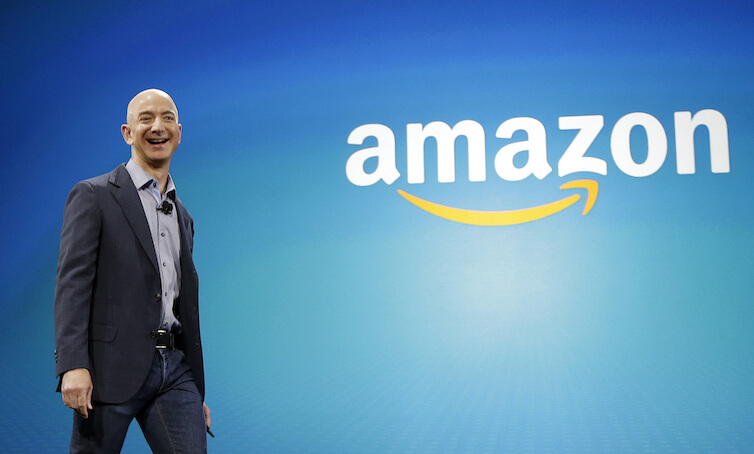 Exit options in firm-government negotiations: An evaluation of the Texas chapter 313 program