1. The hope was that a small increase in the share of people with college degrees would, if demand curves had the right slopes, have a large effect on the only-high-school wage discount. It looks as though this hope was in vain. Read Kathryn Zickuhr, “A college degree is not the solution to U.S. wage inequality,” in which she writes: “The skills gap is only a small and relatively unimportant explanation for the college wage premium because it fails to account for declining worker power and the role of monopsony in the labor market. These more important explanations for the college wage premium—and its recent decline—underscore why policymakers need to improve the underlying labor market conditions for all workers, instead of shifting responsibility.”

2. What is happening during the coronavirus recession to work-life balance among those with small children? Some preliminary answers from Umair Ali, Chris M. Herbst, and Christos A. Makridis in their working paper, The Impact of COVID-19 on the U.S. Child Care Market: Evidence from Stay-at-Home Orders,” in which they write: “This paper quantifies the short-run impact of … containment policies on search behavior and labor demand for child care … Online job postings for early care and education teachers declined by 13 percent after enactment … driven exclusively by private-sector services … We find little evidence that child care search behavior among households has been altered. Because forced supply-side changes appear to be at play, our results suggest that households may not be well-equipped to insure against the rapid transition to the production of child care. We discuss the implications of these results for child development and parental employment decisions.”

1. Once again: suppress the novel coronavirus so that nobody who comes into close contact with an elderly or comorbid relative has great reason for fear, and the economy will then recover. Fail to suppress the virus to that extent, and the economy will remain in depression. Read Anne O. Krueger, “The Open Secret to Reopening the Economy,” in which she writes: “Areas that eased their initial COVID-19 lockdowns and now have surging infection rates are a testament to all that has gone wrong in the pandemic. The lesson from day one still holds: until the virus is defeated, there can be no return to normal … As soon as … reopenings began, many people returned immediately to their old habits, ignoring recommendations for social distancing, avoiding crowds (especially indoors), wearing a mask, hand washing, and other preventive measures. Factories reopened, and many retail establishments and other services resumed operations, albeit at reduced capacity. For a short time, output and consumer spending rose significantly, and the unemployment rate started falling (though it remained high). But in most cases, these reopenings started with an R number close to or above one, which guaranteed that as soon as people started relaxing precautionary measures, the number of infections would begin to rise again. The result is a lose-lose scenario. Current conditions are conducive to neither a sustained improvement in economic activity nor a sustained reduction in COVID-19 cases.”

2. The last time I went into my children’s pediatricians’ office, they had two doctors, three nurses, and four papers shufflers there—and the paper shufflers were mirrored by four more paper shufflers at the insurance companies, all trying to keep whatever the pediatricians were deciding to do from being covered by insurance. But, as Kevin Drum rightly points out, that is not the only overhead of our insane healthcare financing system. We patients spend a lot of time working for the insurance companies for free as well. Read his “How Big Is the Underground Cost of Health Care?,” in which he writes: “The health care system [is] massively inefficient and prone to errors, most of which end up falling on patients to fix … on hold making appointments … medication errors … arguing with insurance companies … back-and-forth … telling doctors what some other doctor said … miscommunications caused by the fact that doctors typically know nothing about the actual operation of their own industry … [all] elements of the health care system that are outsourced to patients themselves. It never gets accounted for, but for all practical purposes the health care system relies on the unpaid labor of patients … I have never seen a study that tries to compare this underground cost among countries.” 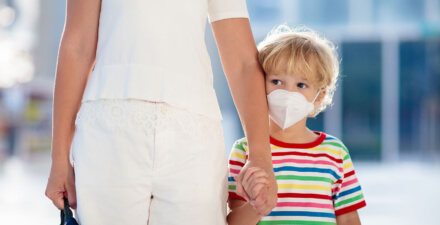 Child care is essential for working parents, but is the industry ready and safe to reopen? 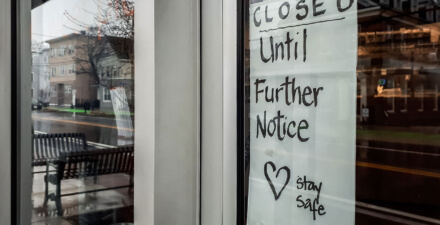