Weekend Reading “What About a Wealth Tax?” Edition

This week, Greg Leiserson released a backgrounder regarding net worth taxes and how they might work in the United States. He discusses how wealth is currently measured and taxed today, and what such a potential wealth tax would look like in the United States. He indicates that a progressive tax on net worth would impose a burden on only the wealthiest families while increasing government revenue.

Economists Emmanuel Saez and Gabriel Zucman at the University of California, Berkeley, weighed in on proposal by Representative Ocasio-Cortez (D-NY) for a proposed 70 percent rate for incomes above $10 million. Saez (an Equitable Growth Steering Committee member) and Zucman (an Equitable Growth grantee) dove into the history of high tax rates in the United States for the top income earners and explained that the reason for high rates is not to gain large government revenue. Rather, it is to prevent the establishment of an oligarchical system ruled by and for the wealthy. [nyt]

The New School’s Teresa Ghilarducci discussed the unequal trends in wage growth over the past decade. She explained that in case of the banking industry, average pay increased by 3 percent, yet executives experienced a 7 percent increase while their employees saw a -2 percent change in wages. This low pay can be explained by growing monopsony power, in which employers are the sole source of employment for their workers and thus can set wages low. Ghilarducci directs readers to Equitable Growth’s Kate Bahn for more technical analysis of growing monopsony power. [forbes]

Noah Smith at Bloomberg recapped some of the antitrust and competition papers presented at this year’s AEA Annual Conference in Atlanta. The research made the general call for greater enforcement of the antitrust laws in order to promote better wages and less market concentration, including one by Equitable Growth working paper contributor’s Ioana Marinescu and Herbert Hovenkamp, who look at a new approach to antitrust enforcement by shifting the focus of the courts and regulators on to the power that mergers give companies to suppress wages. [bloomberg]

Barry Ritholtz at Bloomberg examined a recently published paper by Equitable Growth Grantee Arindrajit Dube, Attila Lindner, and Ben Zipperer that looks at minimum wage increases across the United States between 1979 and 2016. They found that low-wage workers saw a 7 percent increase in wages after a minimum-wage law was enacted with little changes in employment due to job losses. Ritholtz argues that low wages fail to increase productivity but that a potential $15 minimum wage will have little or no negative impact on total employment. [bloomberg]

Dylan Matthews at Vox looks into research surrounding the possibility of baby bonds, which are savings accounts of $1,000 or $,2000 that would be given to newborn babies that can appreciate to more than $10,000 by the time they are 18 years old. Naomi Zewde, a postdoctoral researcher at Columbia University, found that the median new worth ratio between white and black young adults was 15:9, meaning white young adults are almost 16 times richer than their black counterparts. If a baby bond policy were enacted, it could narrow that gap to 1:4. [vox] 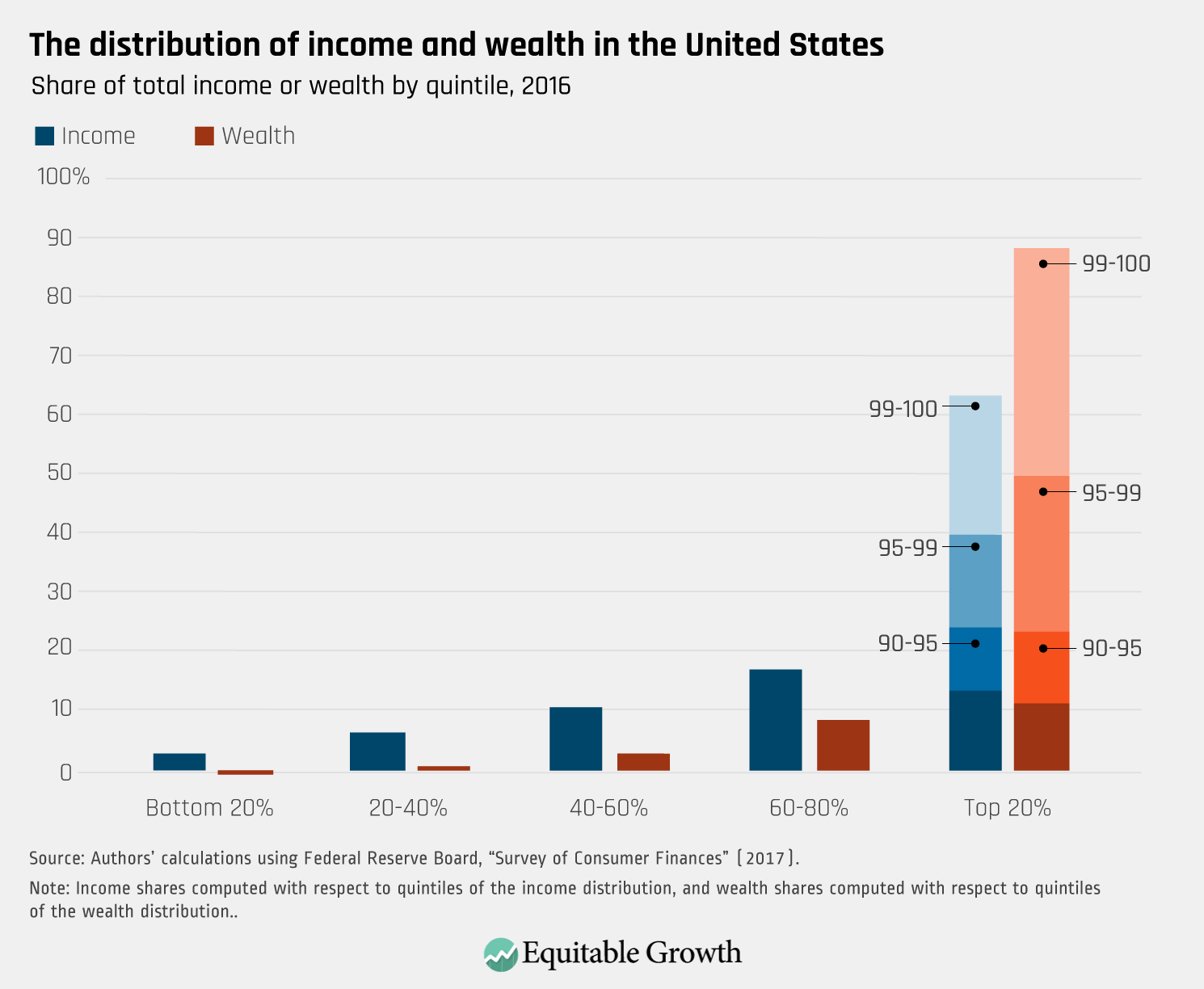 Figure is from Equitable Growth’s, “Wealth taxation: An introduction to net worth taxes and how one might work in the United States”