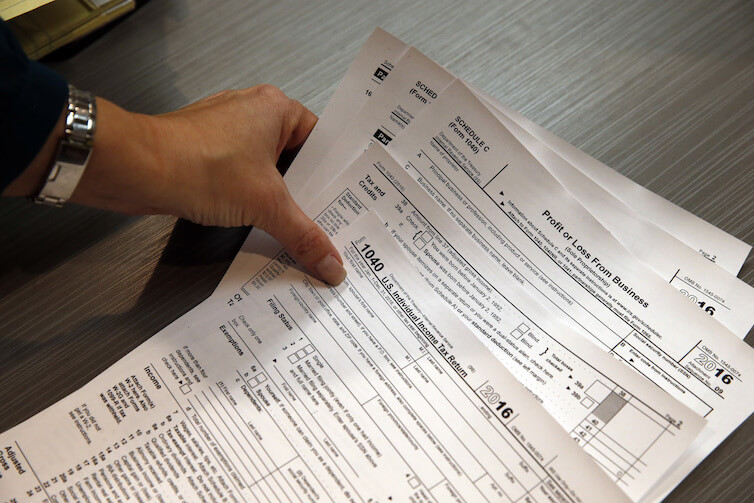 With the launch of our new website, we are reintroducing visitors to our policy issue areas. Informed by the academic research we fund, these issue areas are critical to our mission of advancing evidence-based ideas that promote strong, stable, and broad-based economic growth. Through the rest of June and early July, our expert staff are publishing posts on our Value Added blog about each of these issue areas, describing the work we do and the issues we seek to address. The following post is about Taxes.

Tax policy is an important tool for improving economic performance and ensuring that the benefits of economic growth are broadly shared. Taxes support the living standards of the American public by providing the revenues necessary to pay for public investment in children, families, and infrastructure, for social insurance and safety net programs, for national defense, and for many other public programs that support our quality of life. Taxes also affect the choices people make in both positive and negative ways and, as a result, influence the level and distribution of income, consumption, wealth, and broader measures of economic well-being.

Equitable Growth’s work on tax policy aims to improve our understanding of the relationships between taxation, inequality, and economic growth to develop the knowledge base that can guide the pursuit of policies that promote strong, stable, and broad-based growth. In this pursuit, economic growth is defined by increases in economic well-being—not only in Gross Domestic Product. Measures of economic well-being reflect both the costs and the benefits of increases in output, while GDP often includes the benefits while ignoring the costs. And they include, to the extent possible, the benefits of public programs.

Central to these efforts is work that provides useful analytic frameworks in which to evaluate the economic effects of changes in tax policy so that policymakers, the public, and the press have the most relevant information available to them in making their decisions. A recent issue brief, “If U.S. tax reform delivers equitable growth, a distribution table will show it,” explains why tax distribution tables can be interpreted as an approximation to the impact of changes in tax law on the well-being of the American public. Combined with an estimate of a proposal’s impact on the deficit, which measures its fiscal sustainability, policymakers have the two key pieces of information they need to make their decisions.

A more recent piece, “Assessing the economic effects of the Tax Cuts and Jobs Act,” explains the relationship between the estimates shown in the distribution tables used to evaluate potential tax legislation before it is enacted and the economic effects that would be observed after such legislation is enacted—and thus also why, in assessing whether the tax legislation enacted last year delivers the benefits proponents promised, the key test is its impact on wage rates and deficits. Of course, in assessing the impact of any piece of enacted legislation, an important challenge will be in determining the counterfactual, or what would have happened had the legislation never been enacted. A recent presentation for the Society of Government Economists, “U.S. Inequality and Recent Tax Changes,” provides back-of-the-envelope estimates of these impacts and highlights the distinction between changes in income and changes in economic well-being.

More broadly, Equitable Growth aims to advance the conversation on taxation with new policy options. In “Taxing for Equitable Growth,” Heather Boushey and I identify three priority areas for redesigning the tax system—corrective taxation, the treatment of investment income, and the treatment of domestic business income—in addition to the need for policymakers to raise additional revenues in a progressive manner.