Statement on the passing of our founding funder, Herb Sandler 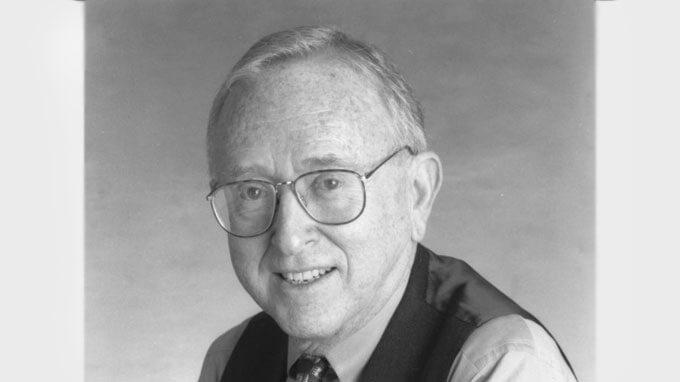 Herbert Sandler, whose death we deeply mourn, never had a title at the Washington Center for Equitable Growth. But this organization, with its mission of advancing evidence-backed ideas and policies that promote strong, stable, and broad-based economic growth, would not exist without the support and leadership of Herb and the Sandler Foundation.

In 2014, Equitable Growth had two official co-founders, Heather Boushey and John D. Podesta. But Herb was effectively the third. He was generous with the resources of the Sandler Foundation and equally demanding when it came to creating, developing, and implementing their mutual vision of a nonprofit grantmaking organization that would fund original academic research and convey the evidence and policy ideas that emerged from that research to policymakers and journalists.

“Herb was committed to equitable growth long before our organization launched,” said Boushey, who serves as Equitable Growth’s executive director. “He saw the need to reshape the national economic policy debate from one that put markets first to one that recognizes how economic inequality obstructs, subverts, and distorts our society, our democracy, and our economy. His dedication to this idea led him to engage with our nation’s top economists and bring them on board to help us achieve our mission.”

University of California, Berkeley professor of economics and Equitable Growth Steering Committee member Emmanuel Saez said, “Herb wanted to transform academic research in economics to put fairness and inclusivity on equal footing with growth, and make sure the research would have an impact on policymaking. In the past decade, in part because of Herb’s inspiration and support, equitable growth research has thrived, attracting many young talented scholars and reshaping the field of economics.”

“Herb Sandler was a visionary philanthropist,” said Melody Barnes, Equitable Growth Steering Committee member and co-founder and principal of MBSquared Solutions, LLC. “Always rigorous and unafraid of doing big things, he supported and challenged us to bridge the gap between academic research and policy. His wisdom, wit, and deep commitment to progressive causes will be sorely missed.”

Equitable Growth is not the only organization that owes its existence to Herb Sandler and his late wife, Marion. Many have been inspired by the breadth and depth of the couple’s commitment to making this country the just and equitable society they knew it could be. Whether it was promoting economic inequality or human rights or investigative journalism or progressive ideas generally, they had the commitment, discipline, and generosity to find people in whom they believed. Then, they helped those people envision and stand up, one organization after another, and gradually let them walk and then run on their own.

The sadness felt by all of us at Equitable Growth is leavened by the knowledge that Herb lived to see the organization walk and then break into a run. The Sandler Foundation was Equitable Growth’s sole funder when it opened for business, providing the seed money an organization needs to begin its existence. Despite that seminal role, Herb never tried to dictate the research or policy ideas on which that money would be spent. Five years later, Equitable Growth has a dozen foundations investing in its work, with the Sandlers’ share of funding down to about one-third in 2020.

“Just as Herb was committed to the idea of equitable growth, he was committed to the institution of Equitable Growth,” Boushey added. “He was deeply engaged in providing leadership for the organization, as well as a sounding board for ideas, and an advocate for the institution with other potential stakeholders. I met Herb near the end of his life; his mentorship and support of the development of an institution that could help change the national economic narrative—always with good cheer—are gifts for which the organization and I will always be grateful.”