Skip to content
Not all inequality is the same

More about this issue
Economics of PlaceInequality & MobilityRace & Ethnicity December 10, 2015

[T]here can be no question but that the slavery … must be injurious to science; since the minds of our slaves are never cultivated. The same reason will always render it unfavourable to trade and manufactures, which have ever flourished in free states. Commerce especially flies from oppression, and rests only on the wings of liberty. If slavery then be necessarily an enemy to arts and sciences, good policy would surely direct us to suppress it.
-Arthur Lee, 17641

Arthur Lee, a member of the famous Lee family of Virginia and one of the more prominent opponents of slavery among the Tidewater planter elite, foreshadowed a long record of research portraying slavery as a backward economic institution that limited investment in education and skills. Developments over the next century would prove Lee largely correct—developments that still inhibit the economy of the American South today and contribute to our polarized politics.

After the American Revolution, Northerners democratized access to education, knowledge, and invention. The number of Northern children attending school rose dramatically; libraries, mechanic institutes, and scientific organizations became increasingly common; and periodicals such as the Journal of the Franklin Institute eagerly reported new technological breakthroughs. This widespread production and distribution of knowledge in the North helped create a culture of inventiveness. By the 1840s, Northerners had the highest patenting rates in the world, outstripping even Great Britain, the undisputed economic power of the Atlantic World.

The slave South, in contrast, stood outside this creative culture. Instead of encouraging education and widespread innovation, Southern slaveholders focused on the production of a relatively narrow band of commodities, most especially cotton, sugar, rice, and tobacco. Not surprisingly, the South also lagged behind in inventive activity. In 1860, the South contained about 30 percent of the nation’s population, yet only accounted for 5 percent of the nation’s patents.2 Slavery was indeed “an enemy to arts and sciences.”

To the extent there has been sustained analysis about the South’s lack of economic creativity, scholars have focused on the region’s high levels of inequality and a relative lack of democracy. Southern slaveholders, the argument goes, constituted a powerful economic and political elite that could afford to ignore calls to democratize education and innovation. Politically powerful slaveholders, for example, refused to invest in schools and other economic infrastructure in western Virginia, eastern Tennessee, and the other non-slaveholding portions of the South. 3

Focusing exclusively on the relationship between slavery and inequality, however, does not explain the full story. A number of slave states and localities lacked a strong planter elite, and also had highly competitive electoral systems in which politicians fought for every vote. As this report will demonstrate, these areas had only marginally better school attendance and patenting rates than more aristocratic political cultures in coastal South Carolina and the Tidewater region of Virginia.

Nor is inequality always antithetical to economic creativity. In the antebellum decades, inequality rapidly increased in cities such as New York, Boston, and Philadelphia, where a powerful mercantile and industrial elite emerged that was generally far removed from the concerns of everyday citizens. These cities nevertheless became key centers of innovation. The same is true in our own 21st century economy. New York, Massachusetts, and Connecticut rank among the most economically creative states, yet also have some of the highest levels of inequality.

Analyzing a database of more than 3,000 patents issued from 1848 to 1852, I argue that the inequality inherent in slavery constituted an important cultural and ideological barrier to investment in education and innovation. I also present a case study of the Kentucky Bluegrass Region, a slave economy with a dense population of free workers, a well-developed manufacturing sector, and high levels of urbanization. Despite its close proximity to the Midwest, the school attendance and patenting rates in the Bluegrass resembled those of Alabama and Mississippi, rather than those of Ohio and Indiana. Inequality—at least inequality narrowly defined as the distribution of wealth—was not the culprit. Louisville was no more unequal than Cincinnati, Cleveland, or other Northern cities.

The lesson from the 19th century—which seems applicable to today’s economy as well—is that not all types of inequality are alike. Rather than focusing on economic inequality per se as a factor inhibiting economic creativity, my study encourages scholars to think about particular forms of inequality that discourage innovation and technological change. Slavery was a powerful conservative force that made the spread of knowledge and ideas potentially dangerous, and slaveholders often opposed the democratization of knowledge. Inventors and others with a stake in economic creativity thus avoided slave cities and regions. It was not so much economic inequality per se that deterred inventors from moving into areas with slavery, but the particular form of inequality that slavery represented.

The legacy of this particular form of inequality still lingers across much of the American South. Because of a long legacy of slavery and racism, many states in the Deep South still lack the civic and educational institutions necessary to sustain economic creativity. Rather than invest in economic creativity, many states in the Deep South favor low-cost manufacturing and services. Focusing on low-cost manufacturing and services has led these states to persistently oppose education and health care that can promote the kind of innovation and entrepreneurship necessary for sustained and equitable economic growth. Understanding these forms of inequality is key if policymakers in these states are going to set their sights on reforms that will help eclipse slavery’s enduring legacy. 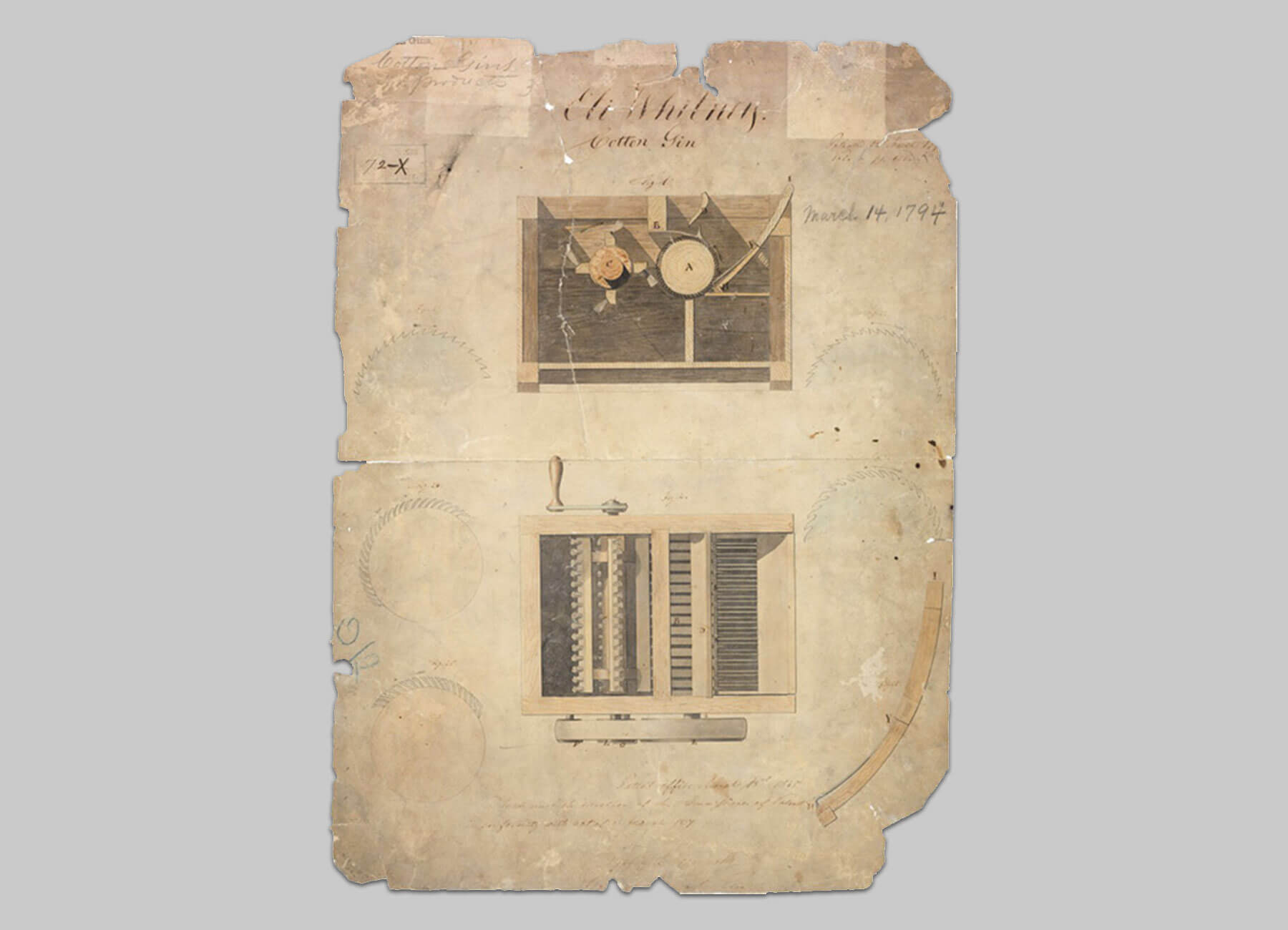 “Economic creativity” is a broad category that captures a set of simultaneous changes that included the development of new technologies, widespread access to education, dissemination of new knowledge, and the growth of markets that encouraged new products and industry. We can think of economic creativity in terms of a Schumpeterian framework, where capitalism is defined as a system that “incessantly revolutionizes the economic structure from within.”4 The emphasis on from within is Joseph Schumpeter’s—his conception of capitalism is an economy that systematically and relentlessly generates change and innovation. It is not surprising that the 20th century Austrian-American economist is famous for coining the term “creative destruction” to denote how economic creativity can upend long-established traditions and industries. Economic creativity is the process that systematically generates change and innovation. In the North, economic creativity produced tens of thousands of new inventions and innovations that collectively set into motion the revolutionary changes we associate with the Industrial Revolution.

How can we measure economic creativity? I use patenting rates as a rough-and-ready proxy for economic creativity. The U.S. patenting system was relatively open and democratic compared to the rest of the world. Following the Patent Act of 1836, patent applicants had to submit a model, write a detailed description, and pay a modest application fee. The patent office published a record of each patent, which included the name and residence of the inventor, allowing historians to construct a county-by-county map of patentees. While many patents had little economic value, even a worthless patent indicates a commitment to economic creativity. We should expect, after all, that innovation and invention would naturally result in a good many missteps and dead ends.5

A more serious problem is that my database might not capture important innovations that could not be patented. Innovation in agriculture—such as new seeds or better plowing techniques—would be especially likely to be undercounted, thus potentially understating Southern inventiveness. It is not clear, though, why Southern agriculture would produce more unpatented innovations than Northern agriculture. To the extent that Northerners had more agricultural societies and more agricultural periodicals, patents may actually underestimate the creativity divide between North and South.

Even if patents were not a perfect indicator of innovation and invention, the gap between the two regions was sufficiently large to indicate a monumental creativity gap. New England and the Middle Atlantic constituted the core areas of economic creativity, with particularly high patenting rates in large cities such as Boston and New York. There is a clear east-west gradient, as newly settled areas in the Midwest (especially Illinois and Indiana) struggled to develop networks of invention. Notice, though, that Ohio already showed a strong inclination toward invention. (See Figure 1.)

In sharp contrast, much of the South was a creativity desert, with no successful patent applications filed during the four-year period. While it is not surprising that a society of plantations and enslaved people produced relatively little invention, even more urbanized areas of the South had far lower patenting rates than the North. Along the Ohio River, for example, patenting rates fell rather dramatically on the Southern side. The partial exception to this general rule is Maryland, which had patenting rates somewhat higher than the rest of the South thanks to the booming metropolis of Baltimore. Baltimore’s patenting rate (57 patents per million residents), though, was significantly lower than nearby Philadelphia’s (120 patents per million residents). 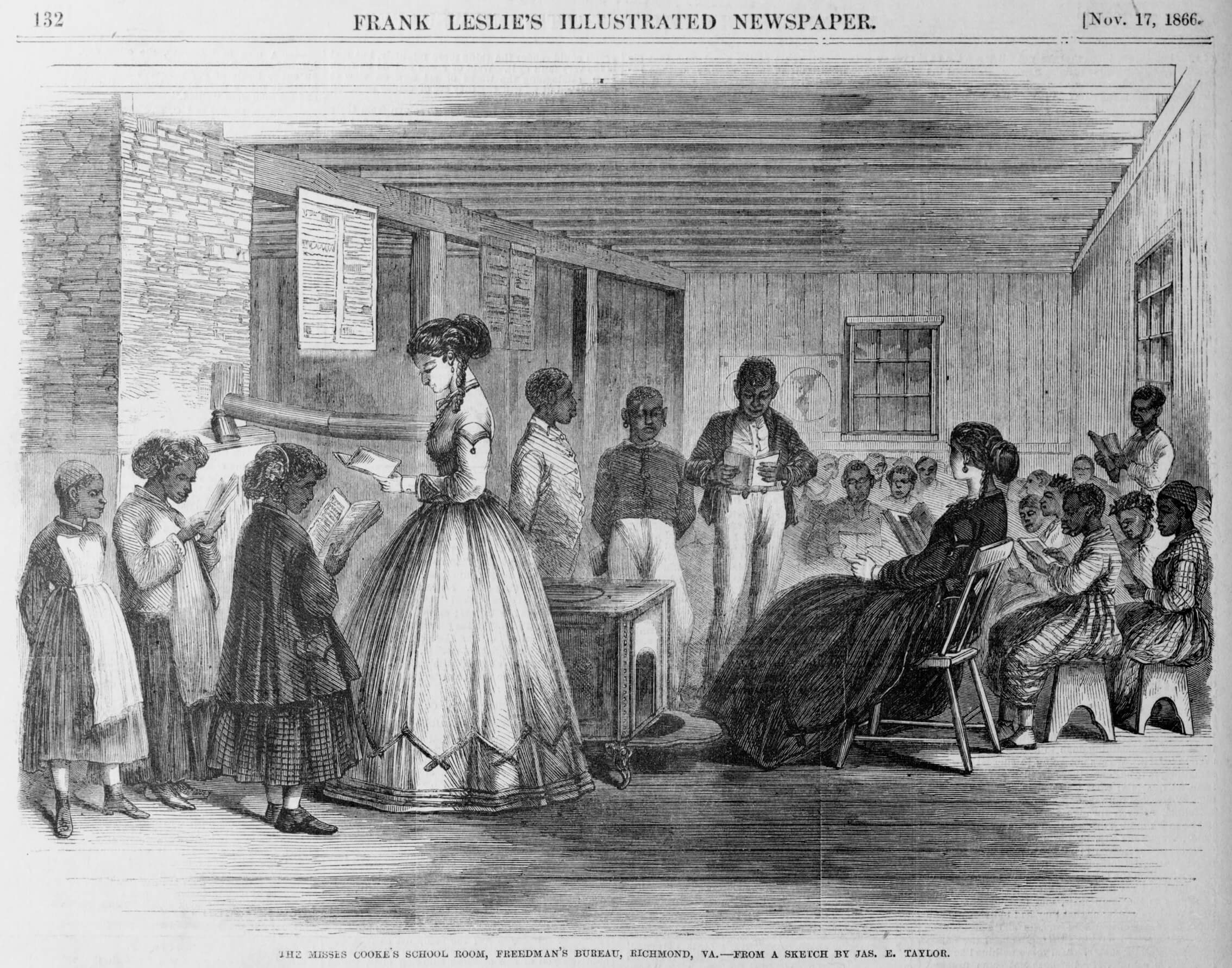 The same pattern is apparent when examining school attendance rates. Beginning in 1850, census takers asked every household the number of children attending school in the past year. The most industrialized regions of the North that had the highest patenting rates—New England, upstate New York, and northeastern Ohio (the Cleveland area)—also had the highest levels of school attendance among children ages 5 to 14. (See Figure 2.)