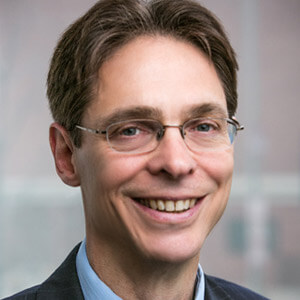 Robert Lynch was a visiting fellow at the Washington Center for Equitable Growth. He is the Everett E. Nuttle Professor of Economics at Washington College, a senior fellow at the Center for American Progress, and a research associate with the Economic Policy Institute. His areas of specialization include human capital, public policy, public finance, and income inequality. Lynch is the author of several works that have quantified the economic and social consequences of public investment in early childhood, assessed the economic effects of immigration reform, evaluated the adequacy and effectiveness of state and local government economic policies in promoting growth and creating jobs, analyzed the efficiency, fairness, and stability of state and local tax systems, and examined the definition and measurement of income inequality. Lynch previously taught at the State University of New York at Cortland. Lynch earned his Ph.D. and master’s degree in economics from the State University of New York at Stony Brook and his bachelor of arts degree in international and development economics from Georgetown University.