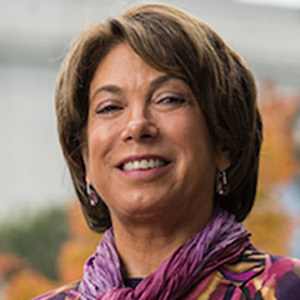 Distinguished Professor of the Graduate School

Laura D’Andrea Tyson is the distinguished professor of the Graduate School at the Haas School of Business at the University of California, Berkeley, and a former member of the Washington Center for Equitable Growth’s Steering Committee. She is the former faculty director of the Berkeley Haas Institute for Business and Social Impact, which she launched in 2013.  She served as dean of London Business School from 2002–2006 and as dean of the Berkeley Haas School of Business from 1998–2001. Tyson is a member of the U.S. Department of State Foreign Affairs Policy Board. She was a member of President Barack Obama’s Council on Jobs and Competitiveness and a member of the president’s Economic Recovery Advisory Board. During the Clinton administration, she served as chair of the Council of Economic Advisers (1993–1995) and as director of the National Economic Council (1995–1996). She serves on three corporate boards and several advisory boards for several nonprofit and for-profit organizations. Tyson holds a Ph.D. in economics from the Massachusetts Institute of Technology and a B.A. in economics from Smith College.