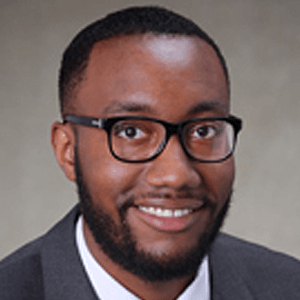 Brandon Alston is a Ph.D. candidate in the Department of Sociology at Northwestern University with graduate certificates in African American studies and teaching and learning. His research examines how surveillance systems operate across poor Black neighborhoods, prisons, and probation programs. Alston’s research has been supported by the Social Science Research Council, the Institute for Research on Poverty, and the Institute for Citizens and Scholars. He has been recognized as a National Academies of Sciences Ford predoctoral fellow and an American Bar Foundation doctoral fellow. In 2021, Alston was inducted into the Edward Bouchet Graduate Honor Society. He has received awards from national and regional professional associations, including the American Sociological Association, Midwest Sociological Society, and the Association of Black Sociologists. He previously earned a Master of Science in management from Wake Forest University Business School, where he was a corporate fellow. In addition, he received a Bachelor of Arts in sociology and religion (with distinction) from Haverford College, where he received the Mellon Mays Fellowship.