Every month the U.S. Bureau of Labor Statistics releases data on hiring, firing, and other labor market flows from the Job Openings and Labor Turnover Survey, better known as JOLTS. Today, the BLS released the latest data for January 2020. This report doesn’t get as much attention as the monthly Employment Situation Report, but it contains useful information about the state of the U.S. labor market. Below are a few key graphs using data from the report.

The quits rate held steady at a healthy rate of 2.3% in January, reflecting confidence in the labor market before a major public health and economic crisis. 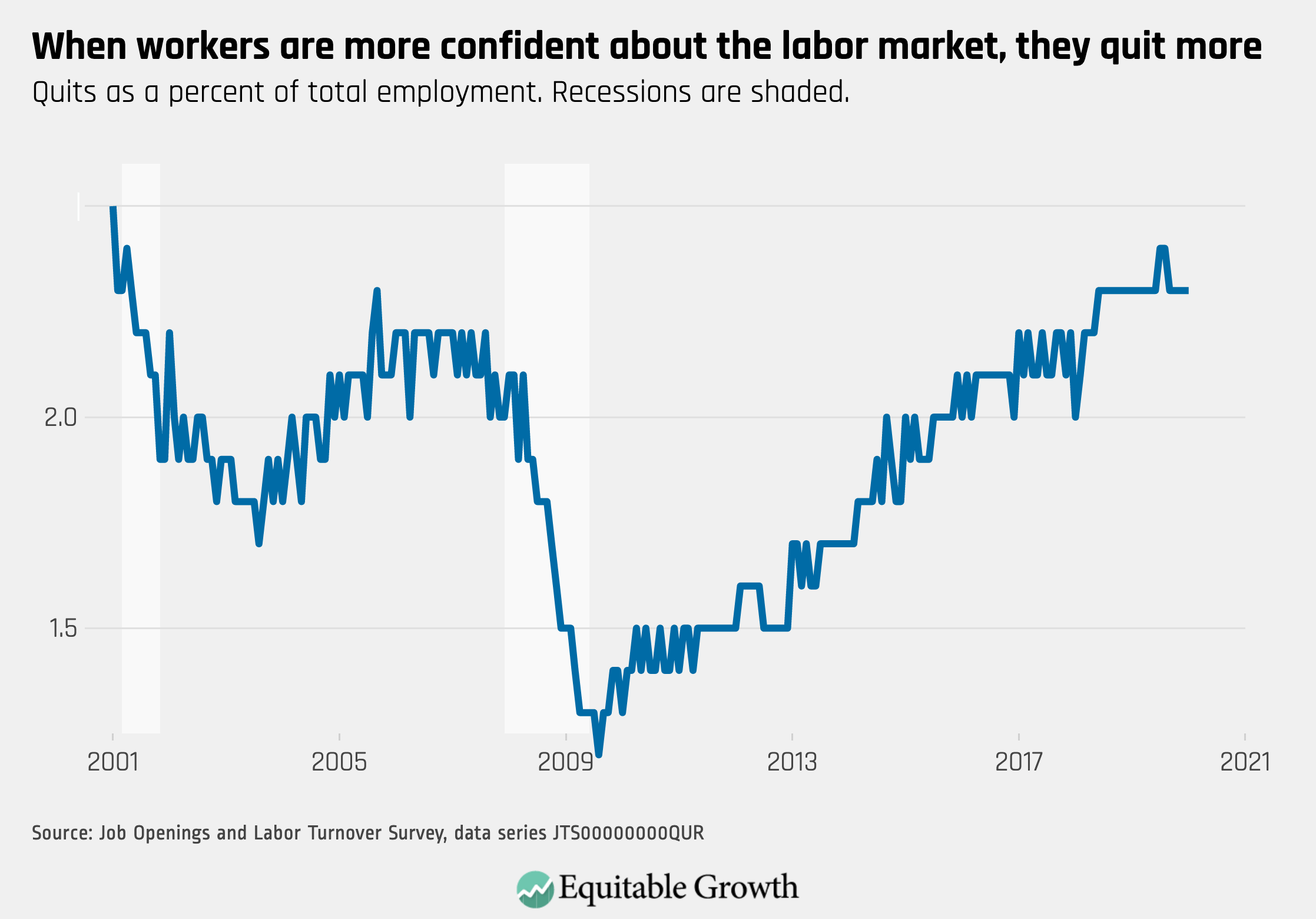 As jobs openings increased to 7.0 million in January, there continued to be less than one unemployed worker per opening before an expected slowdown of job postings. 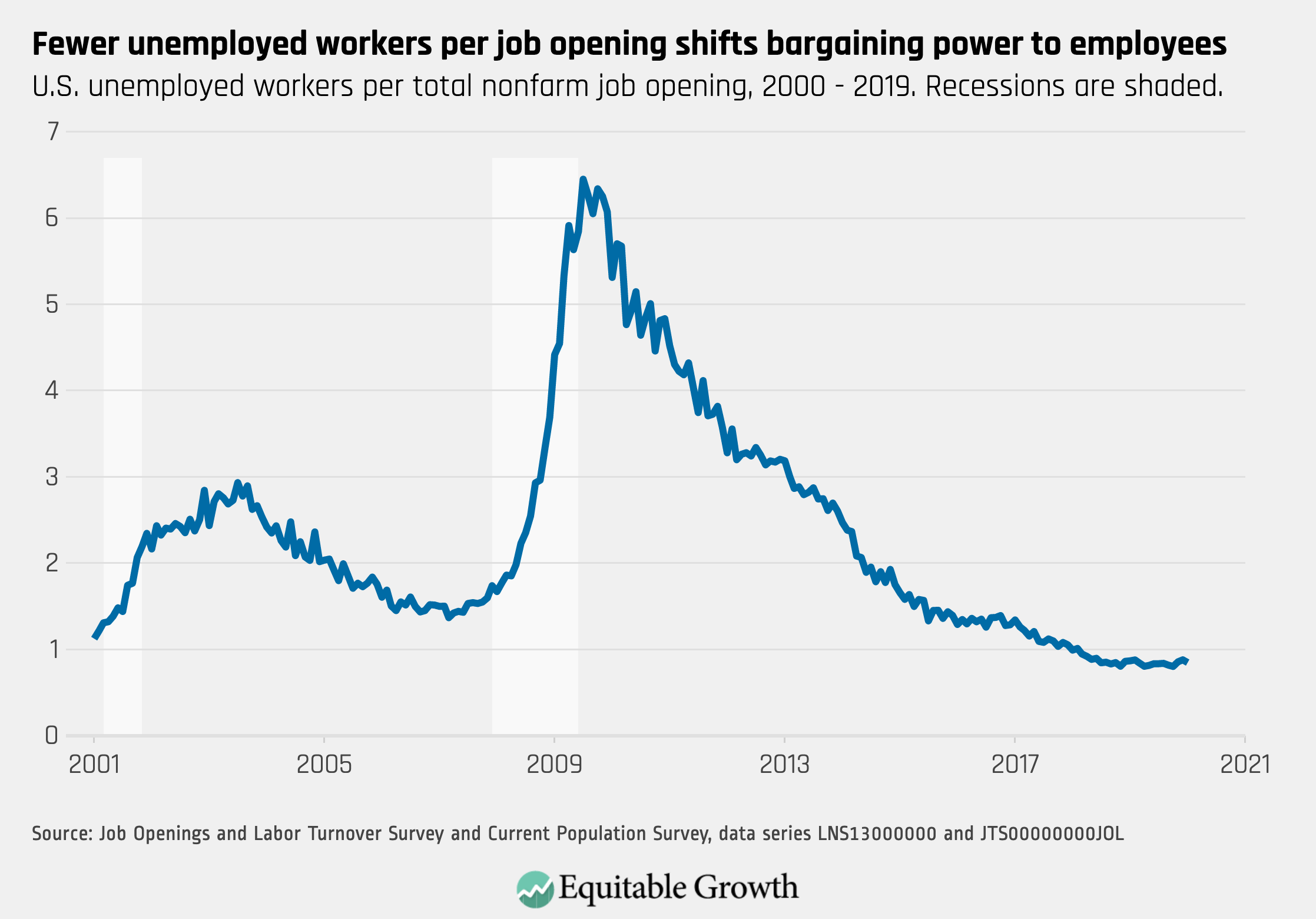 As the number of job openings increased in January, the vacancy yield decreased with fewer hires per available opening. 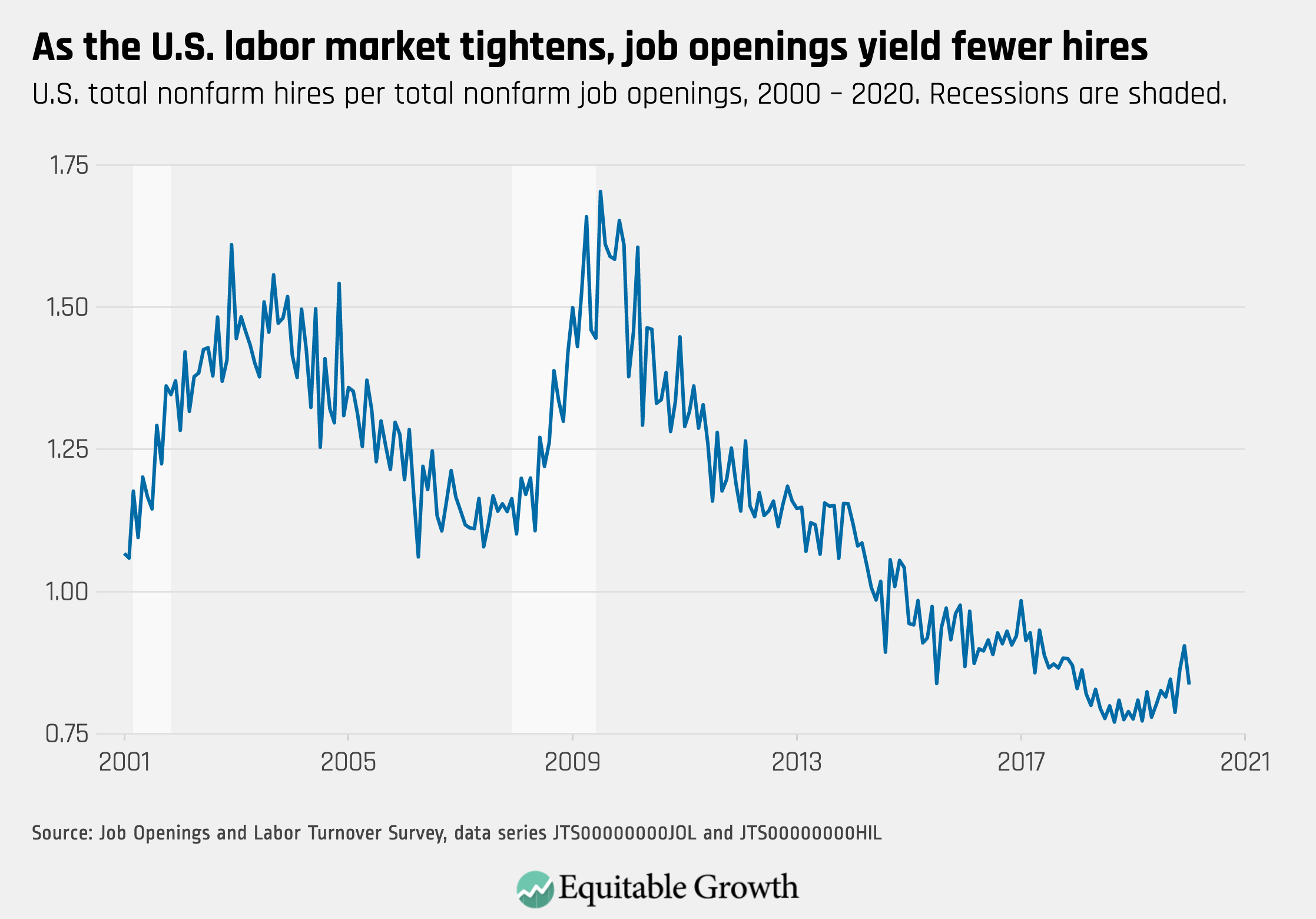 The Beveridge Curve moved upward in January, reflecting a baseline healthy labor market before any potential economic slowdown as a result of the public health crisis associated with COVID-19. 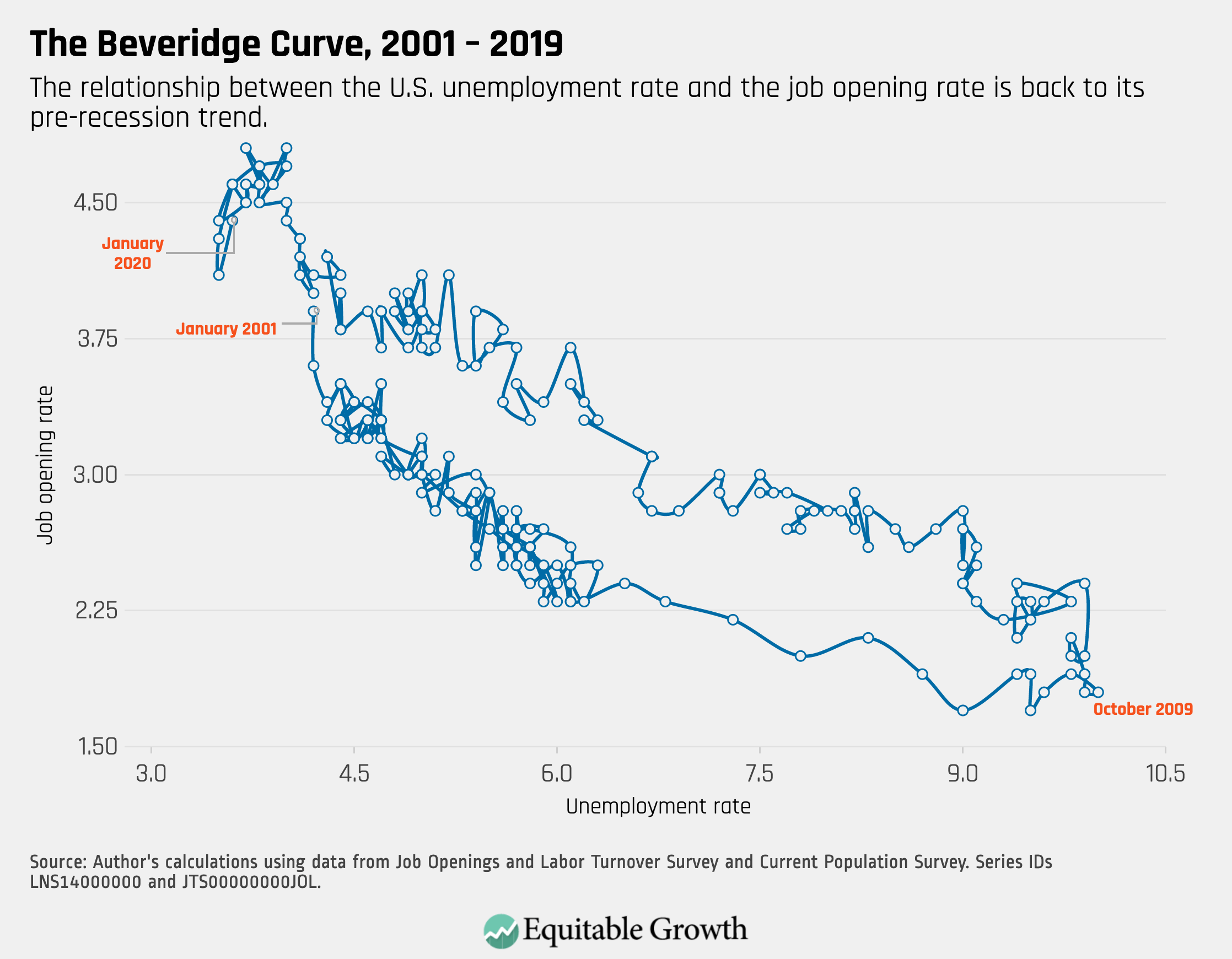