Is the lack of paid leave partly to blame for declining U.S. labor force participation? 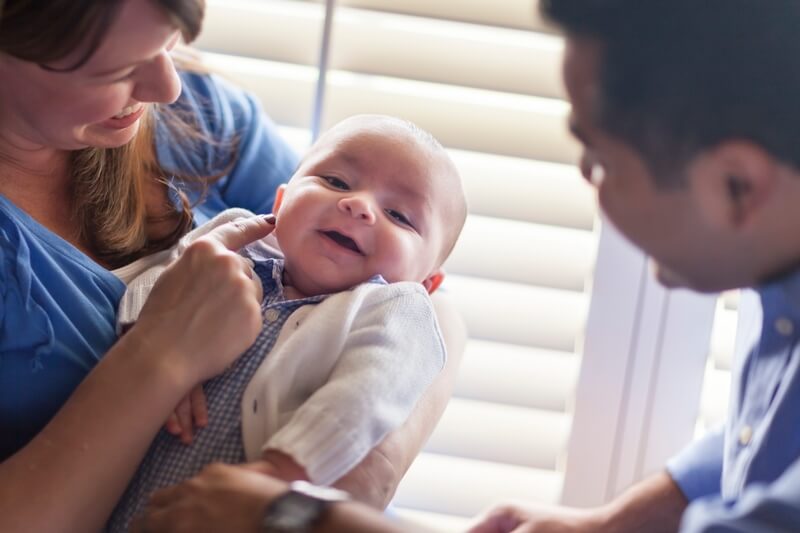 While once seen as an obscure “women’s issue,” policymakers and celebrities alike are increasingly arguing that paid family leave in the United States is a necessity in the 21st century.

Many businesses agree, with everyone from Netflix to Spotify jumping on the bandwagon and providing some of their employees with paid leave. Yet these are partial, private-sector solutions that, while a good first step, do not necessarily address the national problem. A new working paper released by the Organisation for Economic Co-operation and Development suggests that the United States’ failure to implement such policies on a federal level—as opposed to the other OECD countries—is generating consequences for our economy that go far beyond a single family.

While various types of paid leave have become standard practice in almost all OECD countries, the United States is the only developed nation that does not have any legal right to take paid leave to care for a new child. Some U.S. businesses do offer paid leave as a benefit, but only 12 percent of private-sector workers are employed at such places. U.S. federal law does mandate 12 weeks of unpaid leave through the Family and Medical Leave Act, but only 60 percent of workers are eligible for this benefit because of various restrictions. And, among those who are eligible, many cannot afford to go without pay for that period of time.

For individual families, this is clearly problematic. Without the kinds of income support and subsidized child care that workers in other OECD countries rely on, many American parents are forced to go back to work too soon after the birth of their child. This has consequences for parent and child alike. Parents, especially women, are  more likely to experience poor health and depression when they return to work too soon. And poor care early in life can hurt children’s health and development, which can affect their well-being far into the future. On the other hand, as the cost of childcare continues to increase, many parents—and women in particular—find that continuing to work is not necessarily the most economically beneficial choice.

But these consequences create ripple effects that go far beyond an individual child or family. The working paper points out that as other OECD countries began implementing a suite of policies designed to help working parents over the past three decades, the United States did very little. At the same time, the United States has seen its labor force participation rank screech to a halt since 2000, with the nation dropping from 7th among 24 OECD nations to 17th today. While the aging Baby Boomer population is a major driver of the declining participation rate, the paper also points to our inability to help workers balance their home and work lives as a contributing factor.

U.S. women’s ability to continue working has suffered in particular. A study by Cornell University’s Francine D. Blau and Lawrence Kahn found that work-life policies explain about 28% of America’s declining female labor force participation rate relative to other OECD countries. This trend is not likely to reverse. In fact, the OECD predicts that, if all stays as it is, substantial labor force declines will continue for the next few decades, which could come at a considerable cost to U.S. economic performance. In contrast, the OECD found that eliminating the gender gap in workforce participation by 2025 could boost U.S. GDP per capita by 0.5 percentage points.

California, Rhode Island, and New Jersey have all implemented paid leave programs. While Rhode Island and New Jersey’s programs are fairly recent, California’s paid family leave policy has been in place for more than a decade, giving researchers a sufficient timeline to evaluate the policy’s effectiveness.

Different studies all find that California’s paid family leave program has increased the percentage of women who stay in the labor market post-birth. California’s paid leave program also seems to be good for business—or at least it does not harm it. Because the program does not directly cost employers—it is funded completely by employee contribution—it does not inflict a disproportionate burden on businesses. In fact, the great majority of California businesses reported that the policy had positive or neutral effects on employee turnover, absenteeism, and morale according to a survey done by the Center for Economic and Policy Research’s Eileen Appelbaum and the CUNY Graduate Center’s Ruth Milkman. Initial evaluations of the program in New Jersey report similar findings.

As the OECD paper points out, implementing a national paid family leave program in the United States—along with other family-friendly policies such as subsidized child care and paid sick days—could go a long way in helping more women stay in the labor force. Doing so could help offset the slowdown in the nation’s labor force participation rate, and contribute to stronger U.S. economic growth.