Global medical trade in the time of the coronavirus pandemic 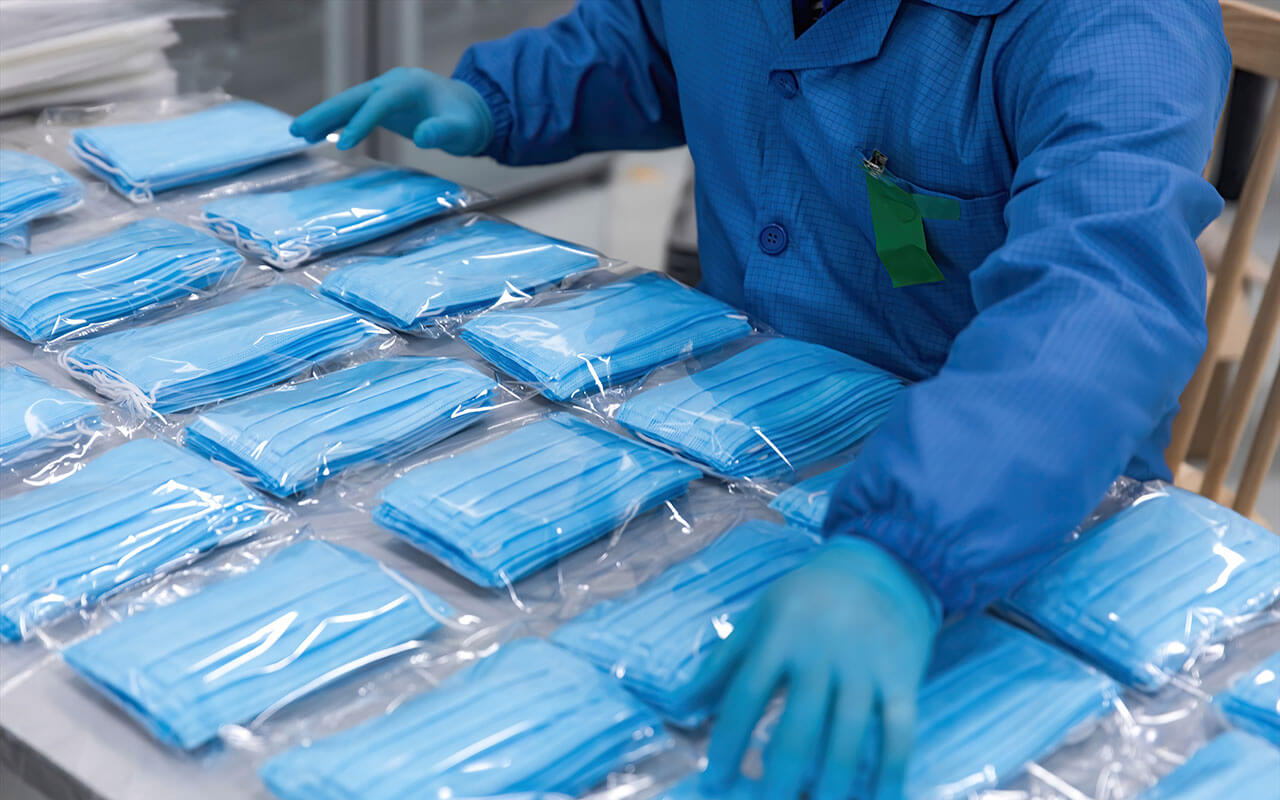 The coronavirus pandemic has placed the opportunities and challenges of our intensely integrated world economy in stark relief. The movement of people across borders generates fear of contagion. And the reliance on foreign countries for crucial medical supplies needed in the United States creates fears of dependence. Yet these fears can be managed without forsaking the substantial benefits that arise from global cooperation, trade, and the flows of knowledge and people across national boundaries.

The challenges of global pandemics require preparation, not isolationism.

In general, trade in these goods is spread across many countries. Germany and China account for about 11 percent and 9 percent, respectively, of our imports of these goods, and many other countries play important roles. Still, there are some products, such as personal protective equipment, where trade is more concentrated. In 2019, China, Germany, and the United States together accounted for nearly half of the world supply of protective face masks.

Export restrictions will not protect the United States

One fallacy is that export restrictions will keep important medical supplies in the United States. The problem is that the United States, alongside about 70 countries, all have sought to protect their own access to medical supplies by prohibiting exports of medical equipment and supplies. Just one case in point: The Trump administration threatened to cut off Canada and Latin America from mask supplies through the authority of the Defense Production Act before the administration and U.S. conglomerate 3M Company eventually negotiated the ability of 3M to serve both U.S. and export markets.

Indeed, many countries have banned crucial medicine and personal protective equipment exports, disrupting the supply of key products that are needed everywhere and reducing lifesaving gains from trade that would otherwise be possible due to the variation across countries in peak need. Export restrictions during pandemics are a near perfect example of a prisoner’s dilemma. From one country’s perspective, it may be optimal to restrict your exports, regardless of what your trading partner does. Yet if every country restricts exports, then it reduces the gains from trade for everyone—and risks humanitarian disaster in the many countries without native medical supplies industries.

As we’ve learned through recent experience with the Trump administration’s trade wars, retaliation to protectionist trade measures is nearly inevitable. As the United States levied tariffs on our trading partners, other countries responded in kind, generating disruptive shocks that negatively impacted workers throughout the U.S. economy. Further, the United States entered this crisis with large tariffs in place on medical equipment, including PPE (those tariffs were not removed until March 17), a severely weakened rules-based international trading system, and a sense of distrust and wariness among key allies. This was not a good starting point.

The United States does not need to pursue self-sufficiency

Undeniably, the United States is also an importer of important medical equipment and supplies, and like other countries, we are dependent on others. But the answer to dependency is not self-sufficiency, which risks cutting off the United States from the benefits of specialization and trade.

Instead, the United States should prepare for future pandemics and other disasters by identifying key medical products and stockpiling sufficient supplies to guard against supply interruptions or spikes in demand. This would also enable our nation to help other countries when disasters befall them—of course, replenishing the stockpile with an eye toward the future. Preparation is wise, yet responding with protectionism or “buy America laws,” such as those contemplated by the Trump administration, risks weakening the U.S. medical industry.

These measures are rightly protested by patient advocacy groups. The U.S. medical industry will best thrive by meeting the test of global competition, employing the cost effectiveness of global supply chains, diversifying supply chains as needed to ensure resilience, and benefitting from the ideas of the world’s scientific community. An open system best serves the health of the U.S. medical and pharmaceutical industries and the future of the world’s scientific progress.

Global integration did not make the coronavirus pandemic worse

A third fallacy is that global integration made this crisis worse. Pandemics easily cross borders in times of economic isolationism, war, and in much more domestically oriented economies. The 1918–1919 “Spanish” flu is one famous example, in which these factors amplified the pandemic.

Today’s coronavirus pandemic will be far less deadly than those of a century ago because of the myriad benefits of global knowledge accumulation and scientific progress. Importantly, movements of people are an essential part of scientific discovery. Cutting-edge research teams operate across national borders, and flows of international scholars spread ideas. Of the Nobel prizes in scientific fields in recent decades, a majority were earned by United States-based researchers, but a majority of those winners were foreign-born U.S. residents.

While temporary travel restrictions are a necessary step to slow the spread of the coronavirus, these restrictions should not become the new normal. Both sender and receiver countries have too much to lose if we stem international flows of students, scholars, researchers, and migrants. While the Trump administration has taken the present crisis as yet another opportunity to lash out against immigrants, they remain a substantial source of strength for the U.S. economy.

So, what can we learn from this crisis? The failures of the present situation illustrate three lessons vividly.

First, international organizations such as the World Health Organization and the World Trade Organization have a crucial role to play in overcoming international collective-action problems, sharing information, and promoting cooperative solutions. These institutions should be nurtured, not threatened. It was stunning to witness the collaborative efforts of the WHO, the Gates Foundation, and the European Commission, announcing a global vaccine effort that would not prioritize any particular country at the very same time that the U.S. government was not just absent from world leadership, but conspicuously suspending financial contributions to the World Health Organization.

Second, even (and especially) in a pandemic, global flows of people and goods generate widely shared benefits. Global talent flows enhance international discovery and scientific progress. The gains from trade can be lifesaving during a pandemic. And, preparation can protect us from the vulnerabilities that these international flows may generate. People flows may need to be curtailed during a pandemic, but scaling up testing and tracing techniques will allow people movements to resume more swiftly after the pandemic ebbs, and we can learn from other countries that have done just that. Possible vulnerabilities due to disruptions in supply chains can be countered by stockpiling key supplies and taking steps to make sure that any crucial items are provided by multiple sources.

Of course, as I’ve written for in both Equitable Growth’s Vision 2020 project and elsewhere, while international markets come with immense benefits, we should also be careful to respond to the downsides that affect U.S. workers. Both during and after the crisis, U.S. policymakers need to put workers at the center of our policy efforts, pursuing progressive reforms to our tax system, our trade agreements, and our safety net.

Third, and most important, this crisis illustrates the primary importance of quick, serious domestic actions and responses. Threats to our nation’s public health must be monitored and responded to on a timely basis. The full authority of the federal government is needed to ramp up production and testing. And a fully functioning federal effort is required to better coordinate the movement of resources to the areas with the greatest need. So far, among U.S. states, the lack of effective federal coordination has increased prices and worsened shortages.

In all of these areas, the inaction of the Trump administration as the coronavirus spread demonstrates the dangers of ill-prepared leadership. Future crises require better leadership, and they also require a spirit of international collaboration and openness. This coronavirus pandemic is not the only serious crisis that crosses borders. Confronting climate change, nuclear proliferation, and other serious threats requires a strong network of alliances, well-functioning international organizations, and rules-based systems for handling disputes. In all of these areas, the United States can do much better in the years ahead. 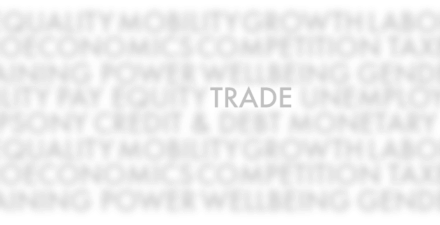 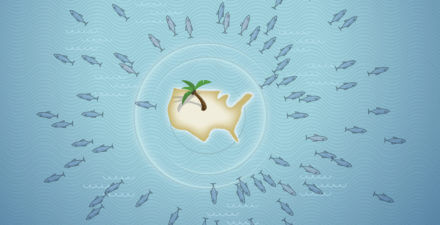 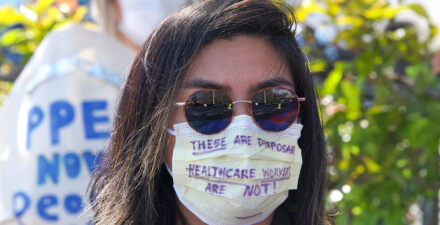 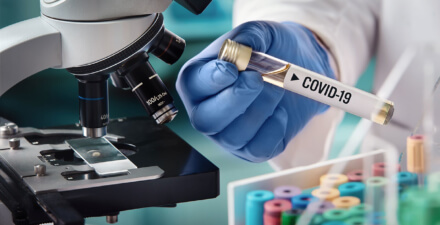