On October 4th, the U.S. Bureau of Labor Statistics released new data on the U.S. labor market during the month of September. Below are five graphs compiled by Equitable Growth staff highlighting important trends in the data.

The employment-to-population ratio for prime-age workers continued its upward trend to 80.1% in September, after a significant increase in the prior months. 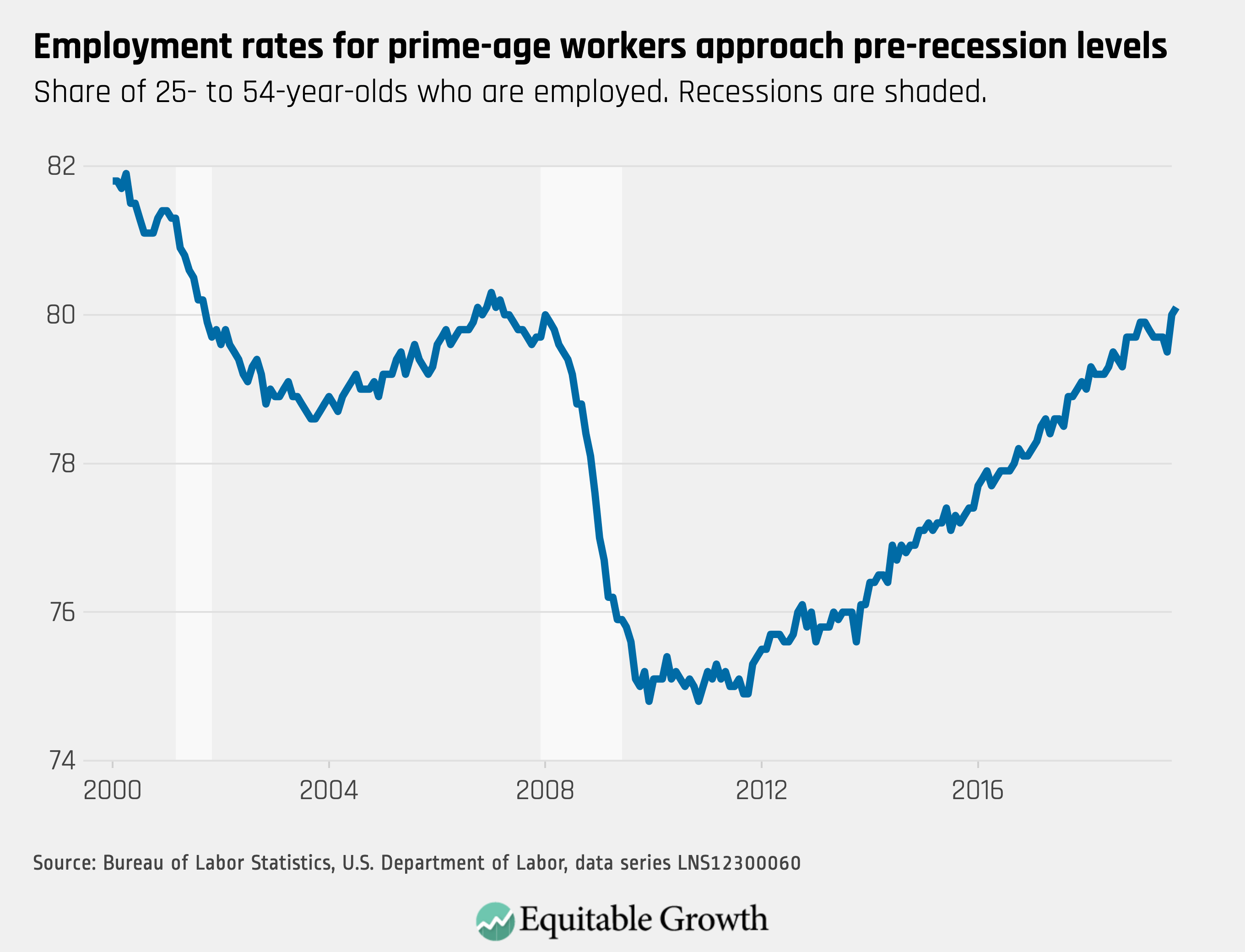 The growth in average hourly earnings year-over-year slowed further to 2.9%, with no evidence that the tight labor market is exerting upward pressure on wages. 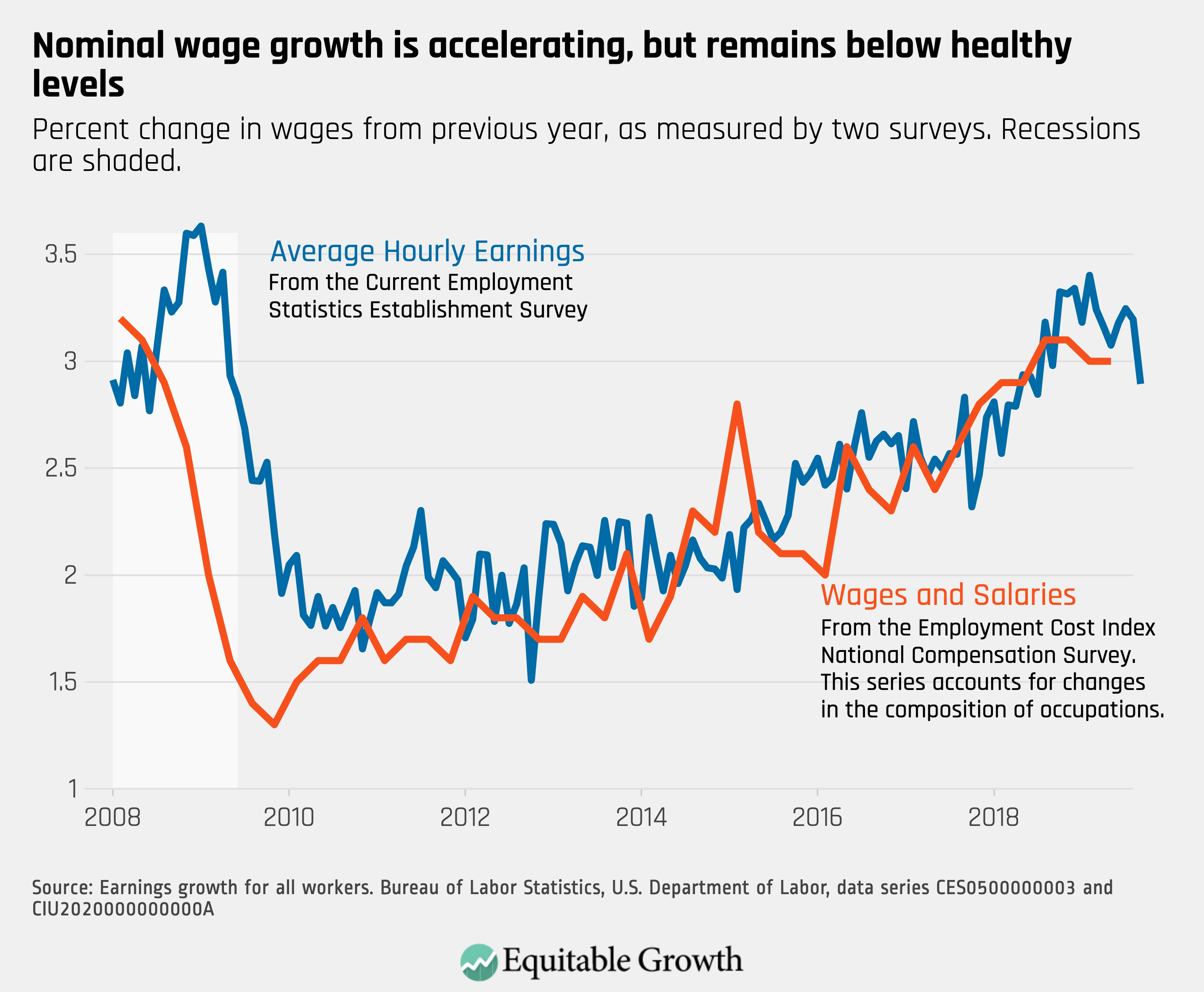 Employment in health care and education continues to drive job growth, as manufacturing and construction plateaued and retail declined in September. 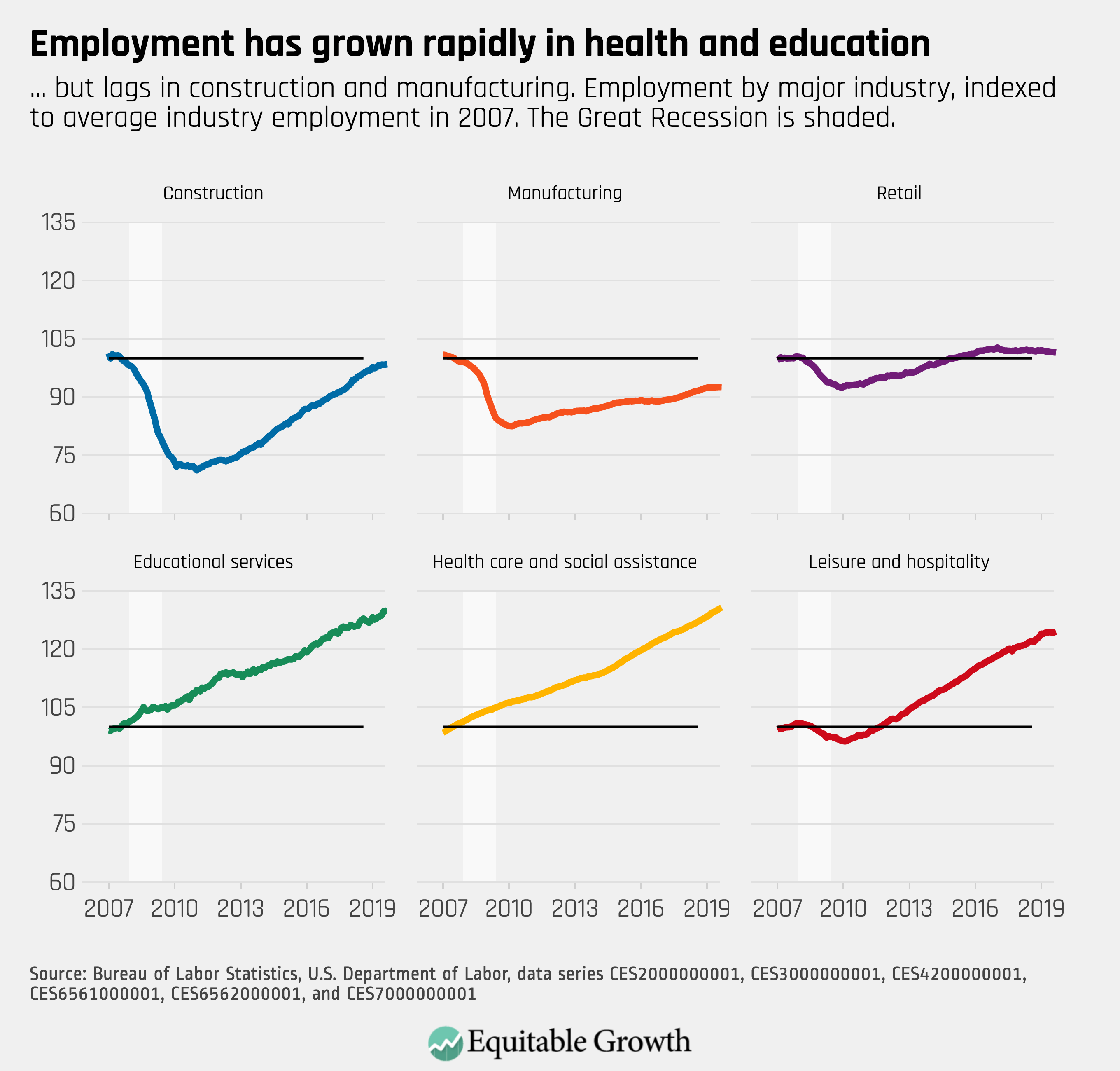 While there has been growth in the share of unemployed workers who have voluntarily left their jobs to look for new opportunities, there is also a lower share of workers out of the labor force who are re-entering to look for jobs. 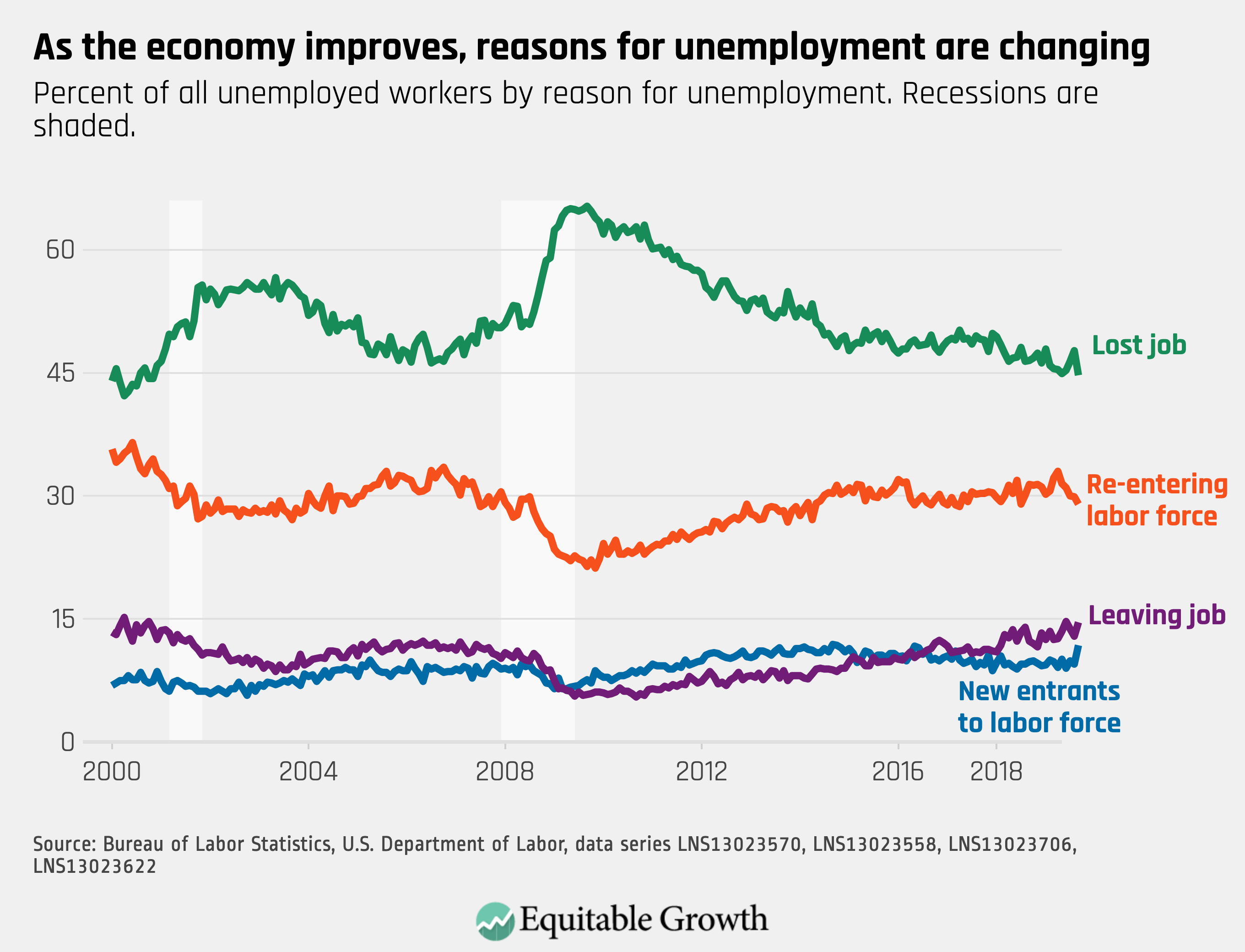 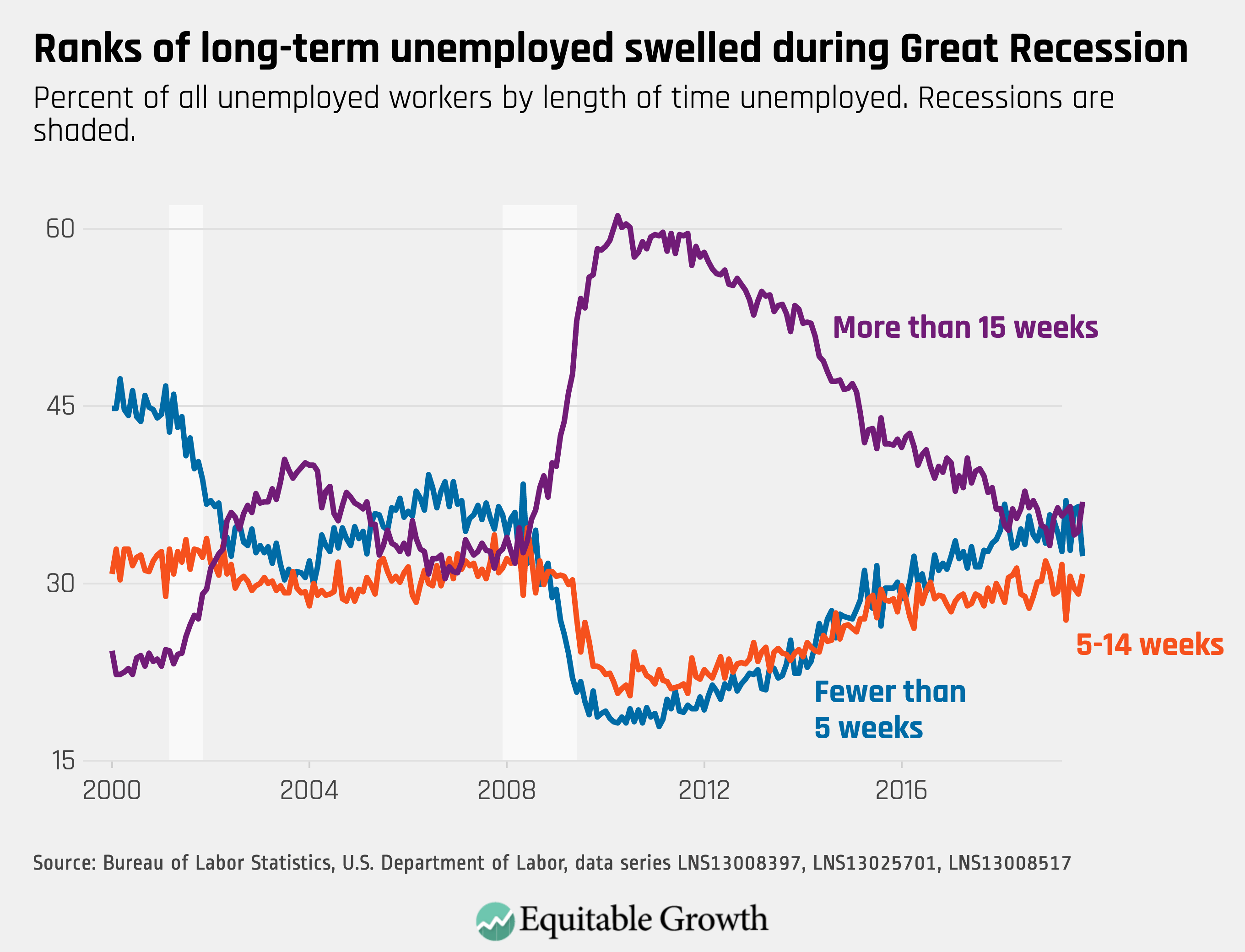