Earlier this morning, the U.S. Bureau of Labor Statistics released new data on the U.S. labor market during the month of September. Below are five graphs compiled by Equitable Growth staff highlighting important trends in the data.

Prime-age workers’ employment was unchanged in September and remains below it’s pre-Recession levels, but continues on a long-term upward trend. 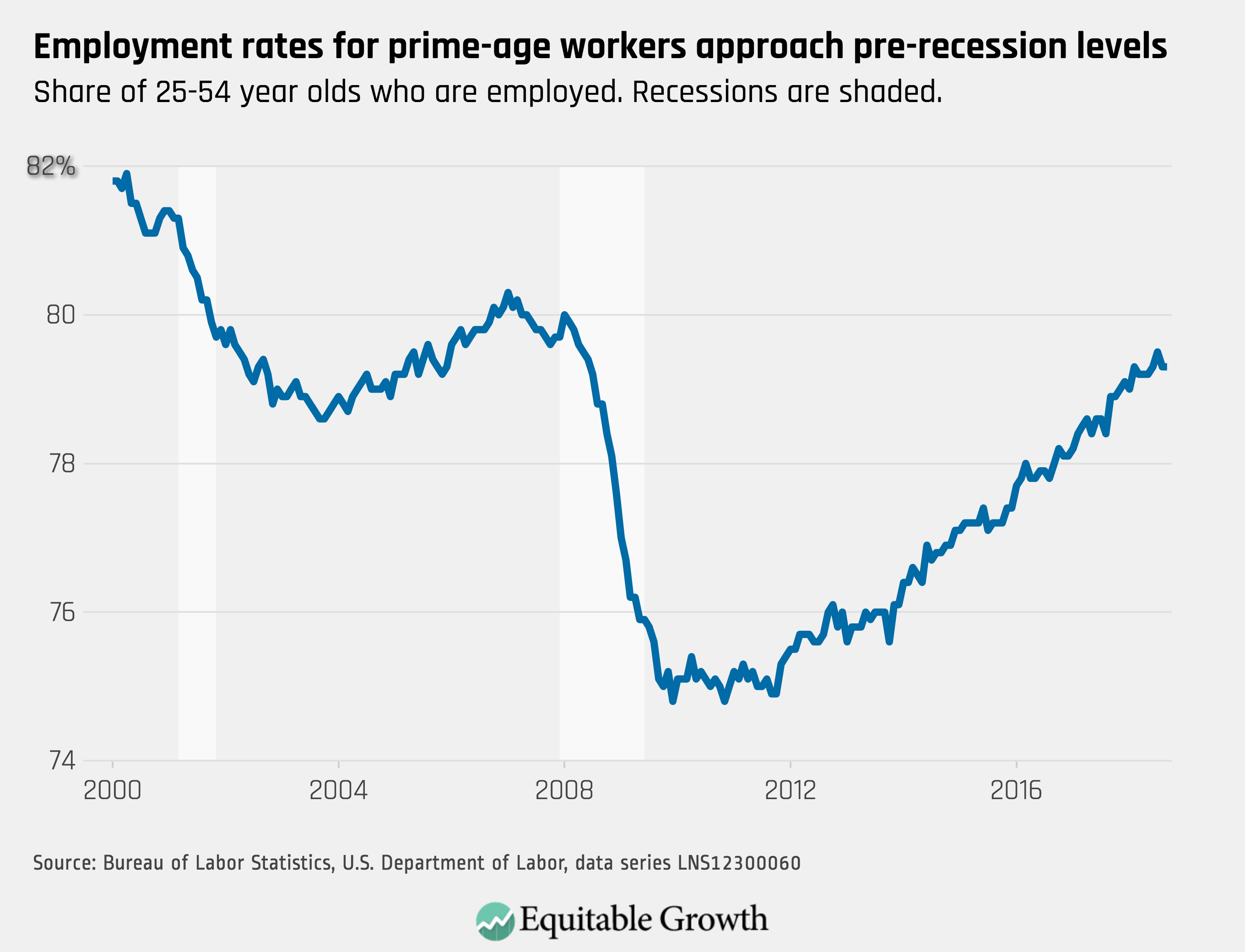 The ratio between unemployment and underemployment has been little changed this year, with no recent convergence after they converged significantly during the early recovery. 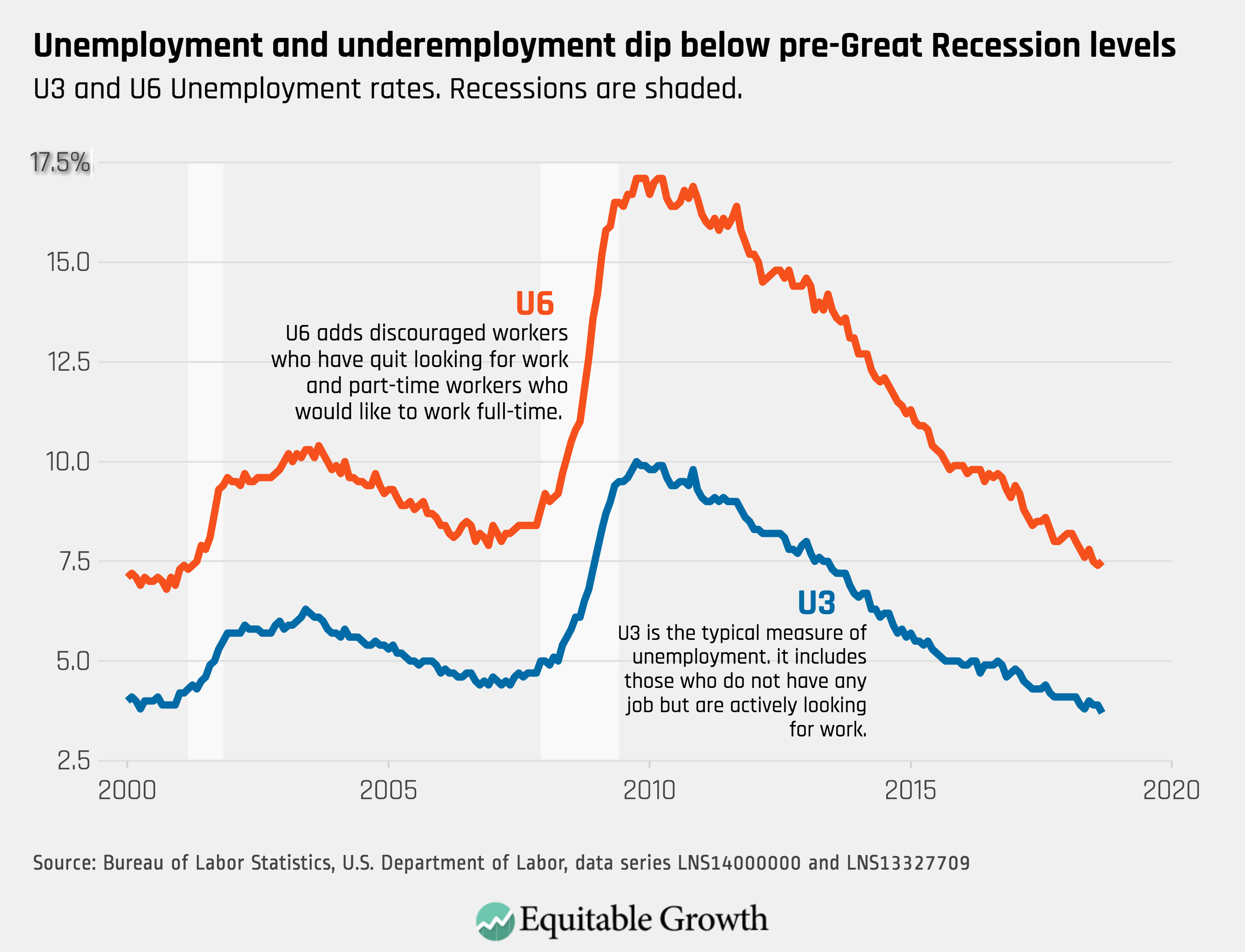 Wages have grown 2.8 percent year-over-year, but this remains below what would be expected in a tight labor market with low unemployment. 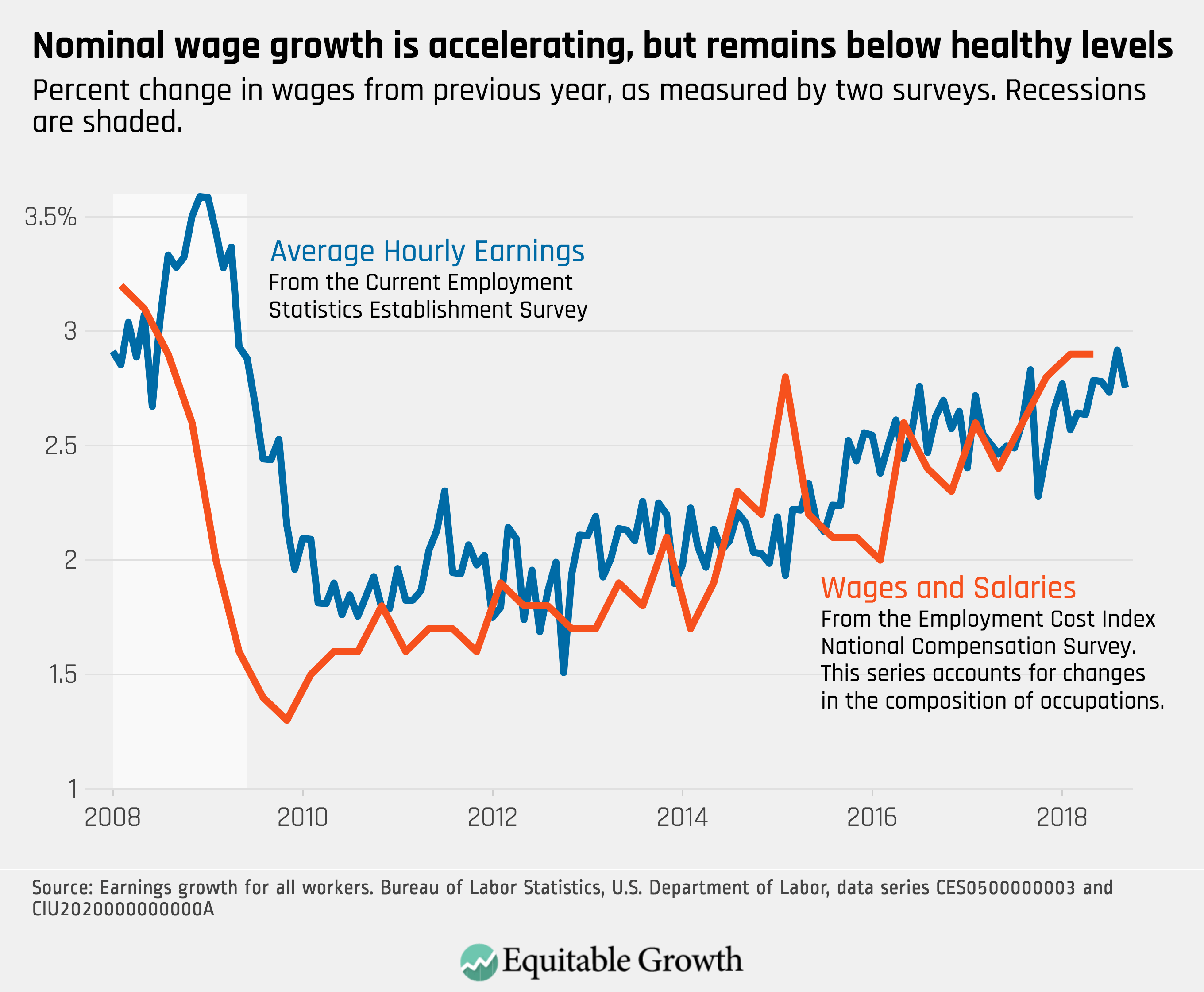 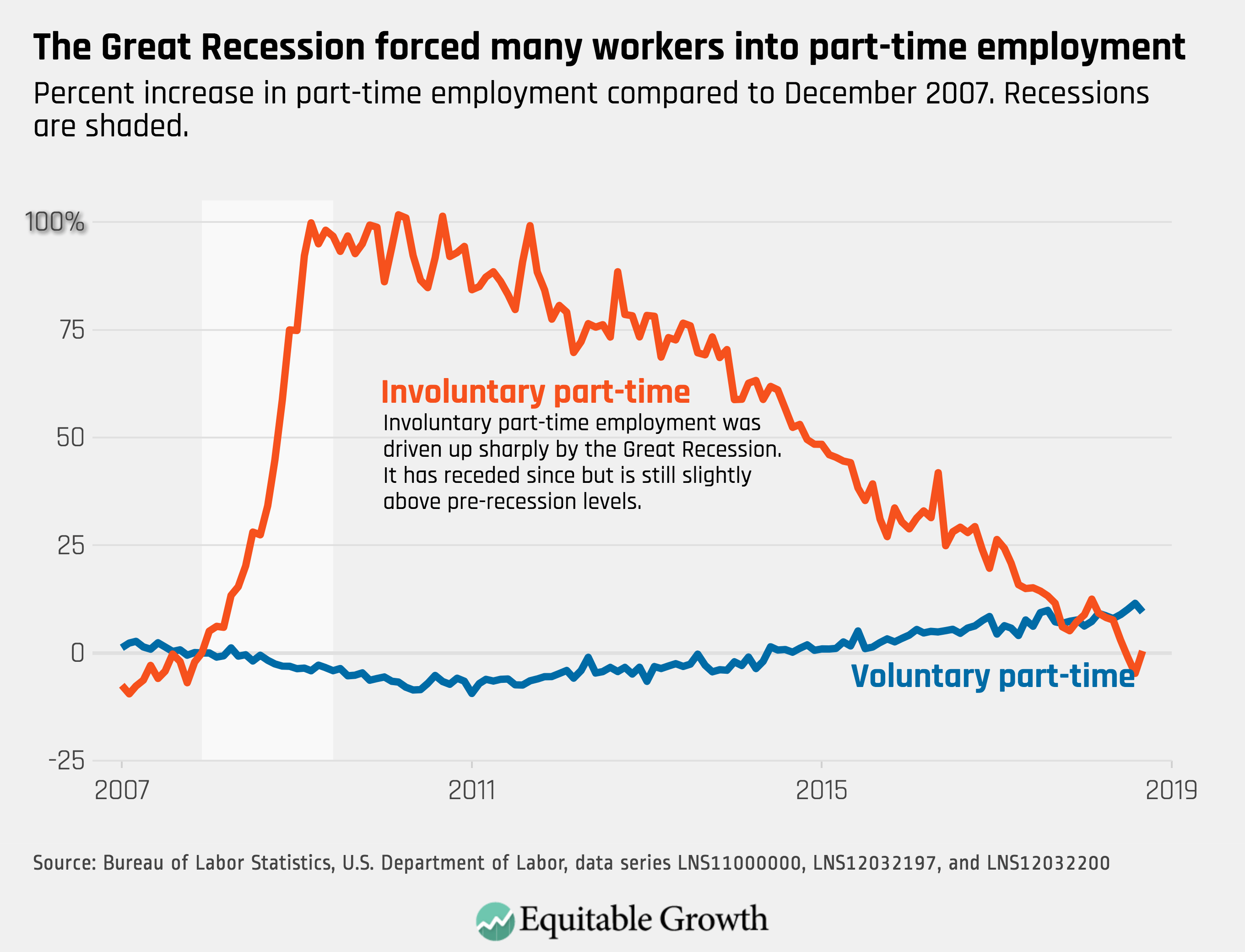 Employment continues to have the strongest growth in service sectors, but also continued upward in manufacturing and construction. 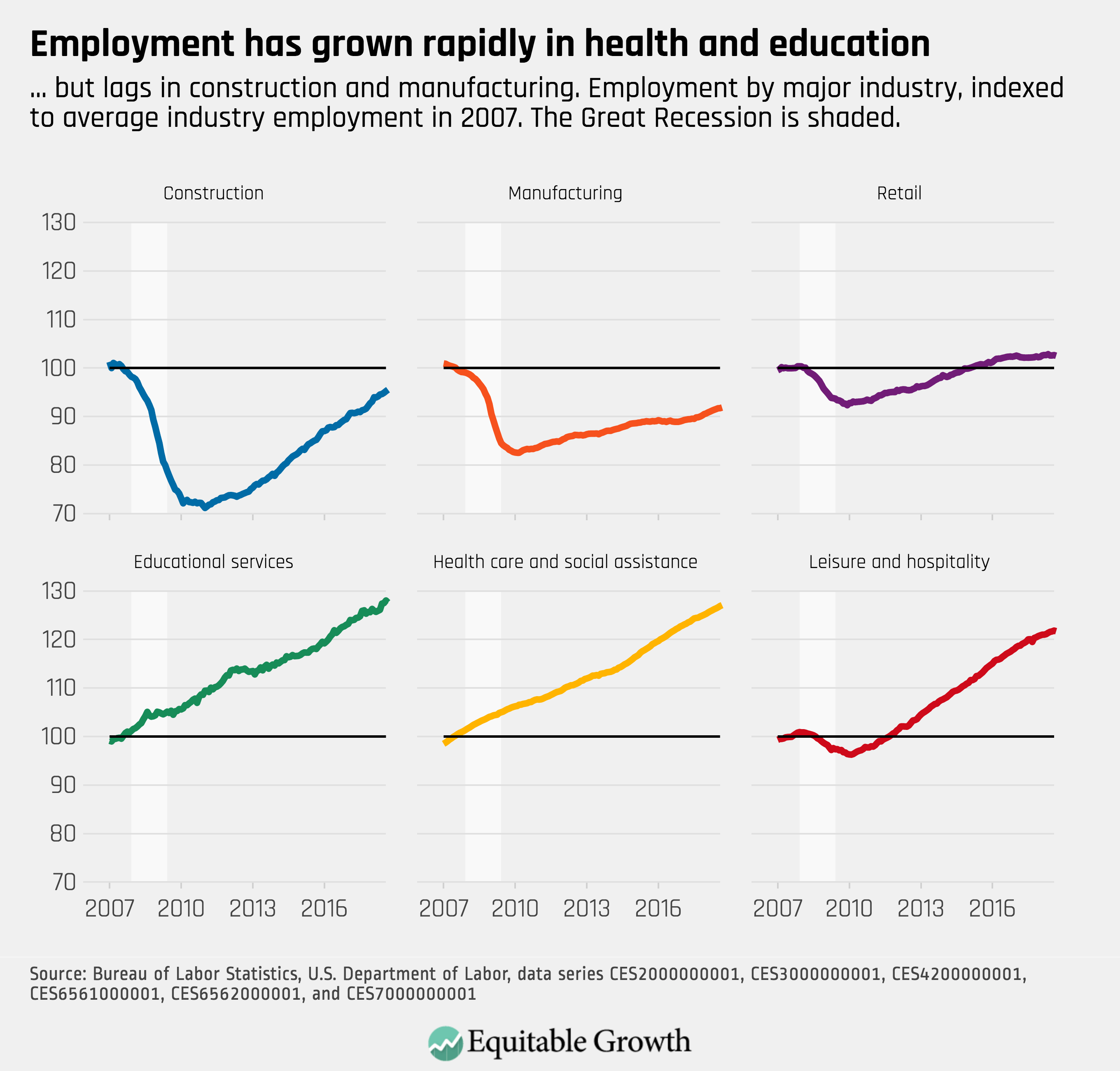