On July 5th, the U.S. Bureau of Labor Statistics released new data on the U.S. labor market during the month of June. Below are five graphs compiled by Equitable Growth staff highlighting important trends in the data.

The prime-age employment rate has held at at 79.7% since April. 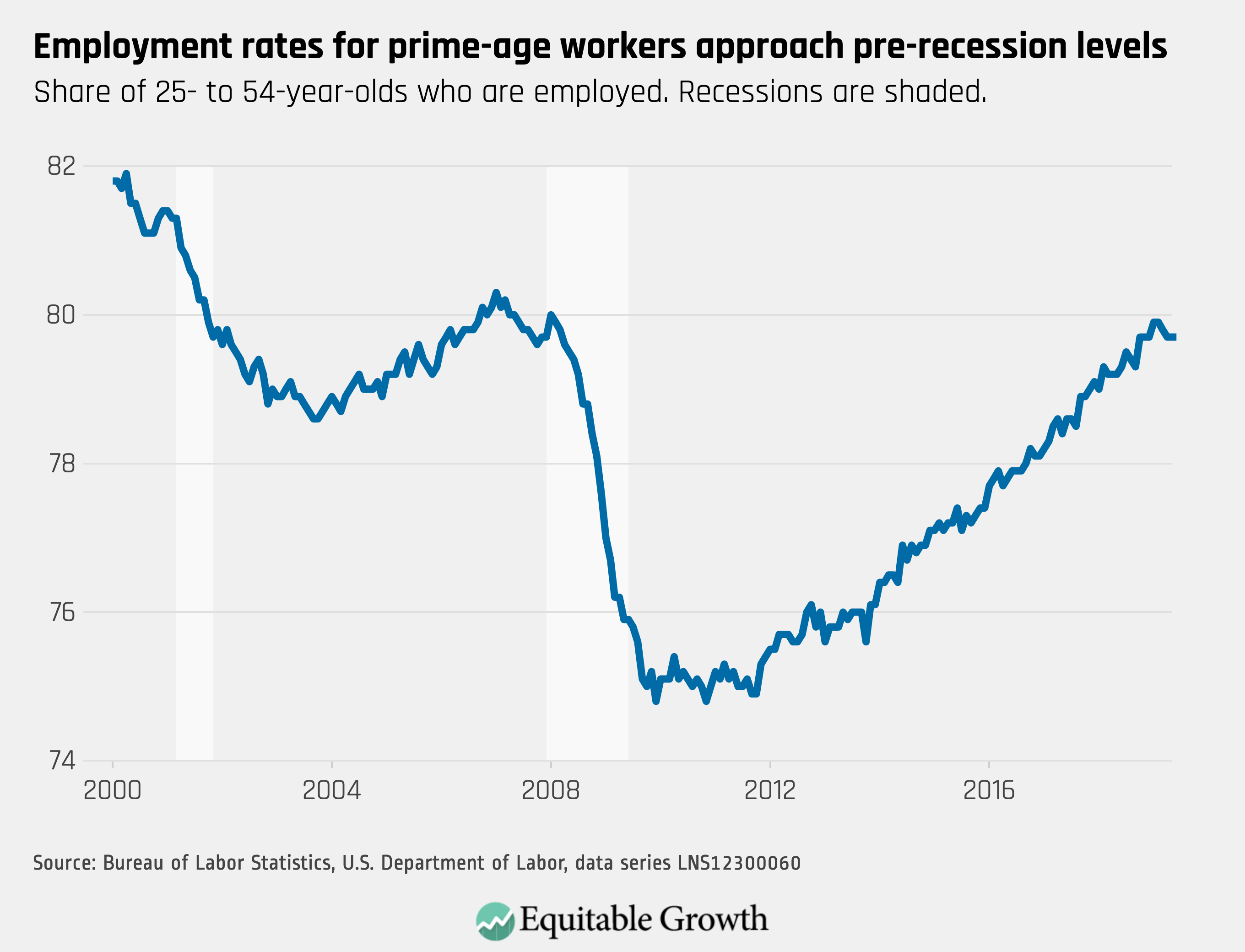 Employment in manufacturing and construction has recovered since the Recession, but remains lower than their levels prior to that. 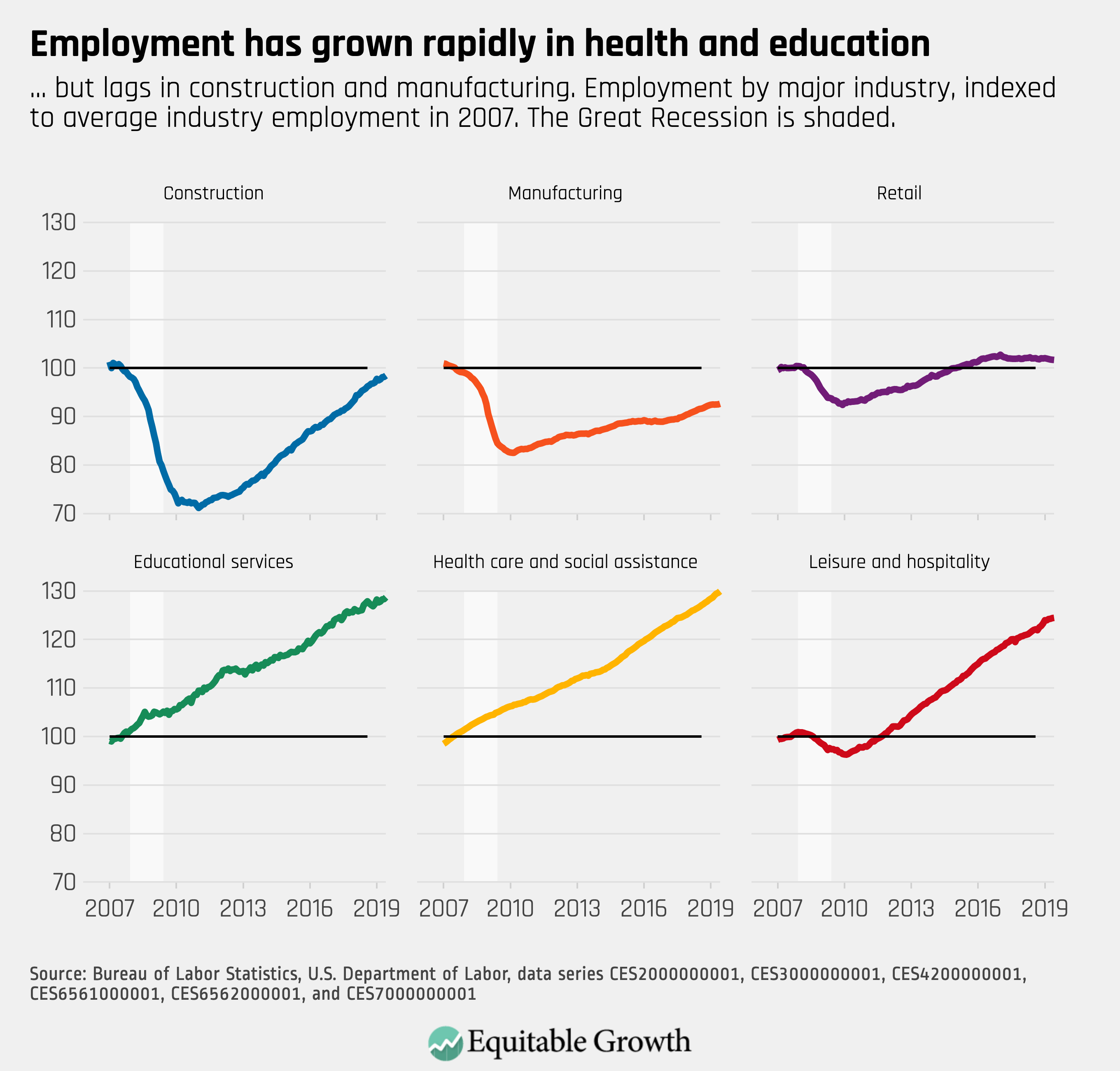 The unemployment rate for African Americans has trended downward since February, but remains nearly twice that of whites. 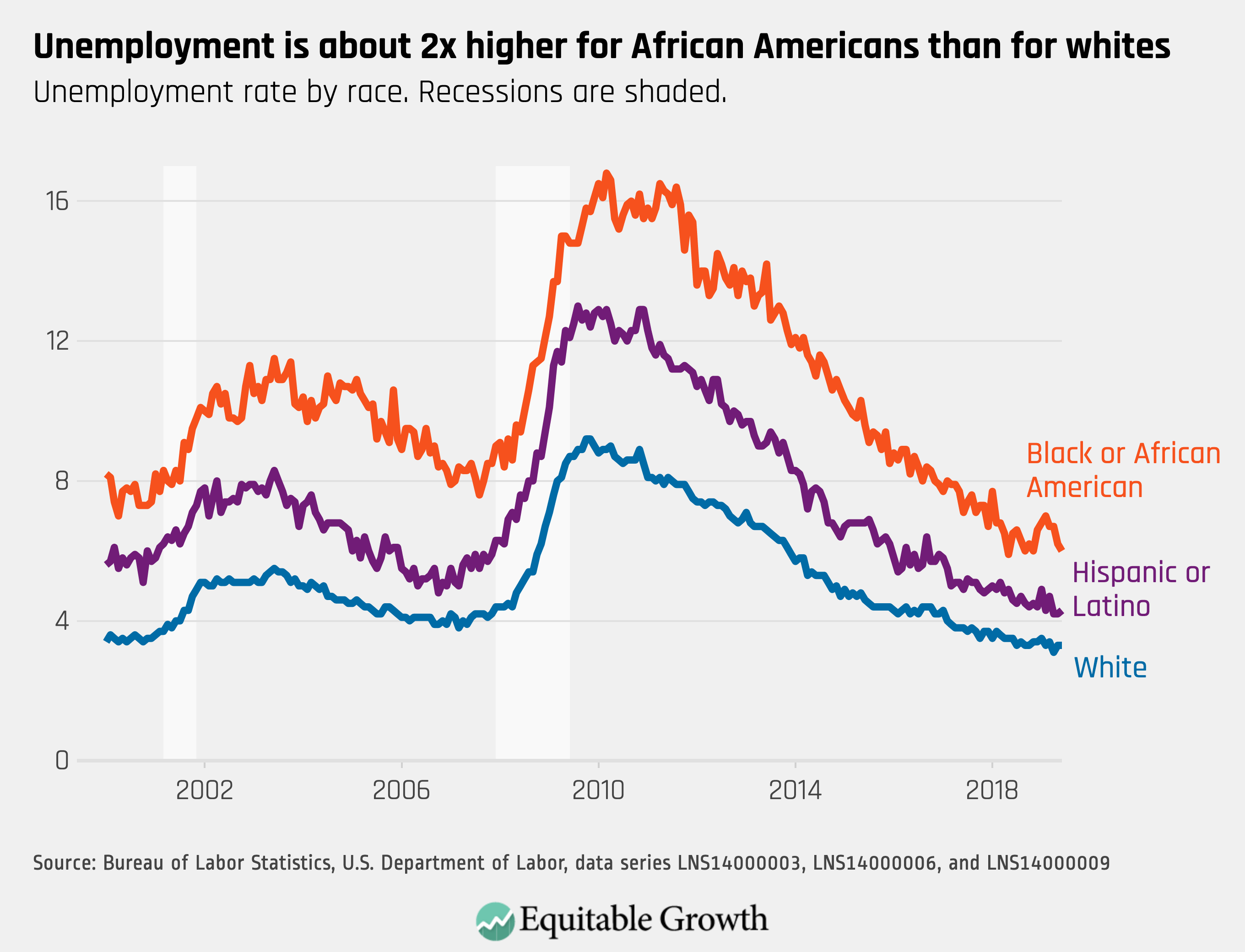 While the unemployment rate has changed little in recent months, increasing marginally to 3.7% in June, the broader U-6 measure, that includes marginally attached workers, continues to trend downwards. 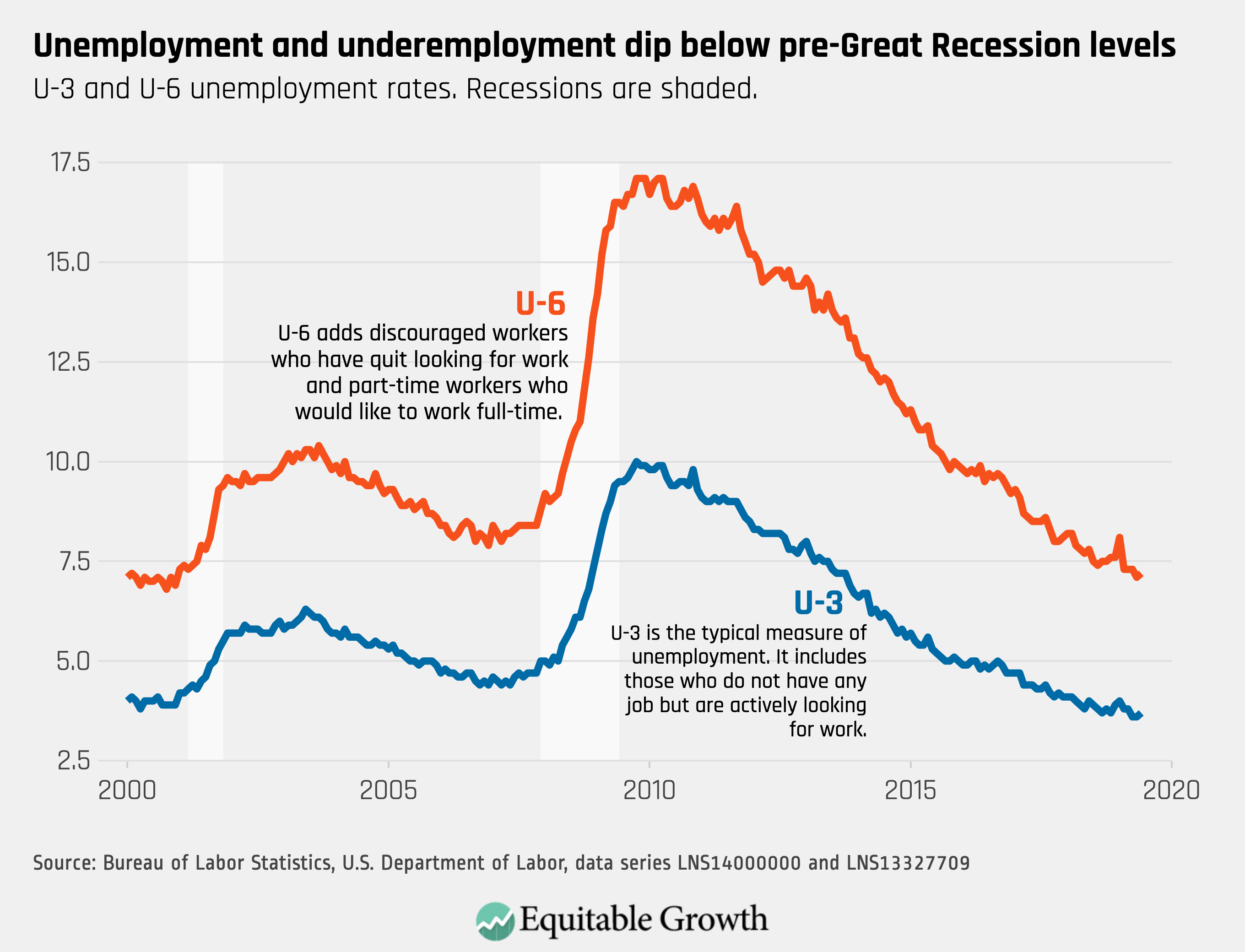 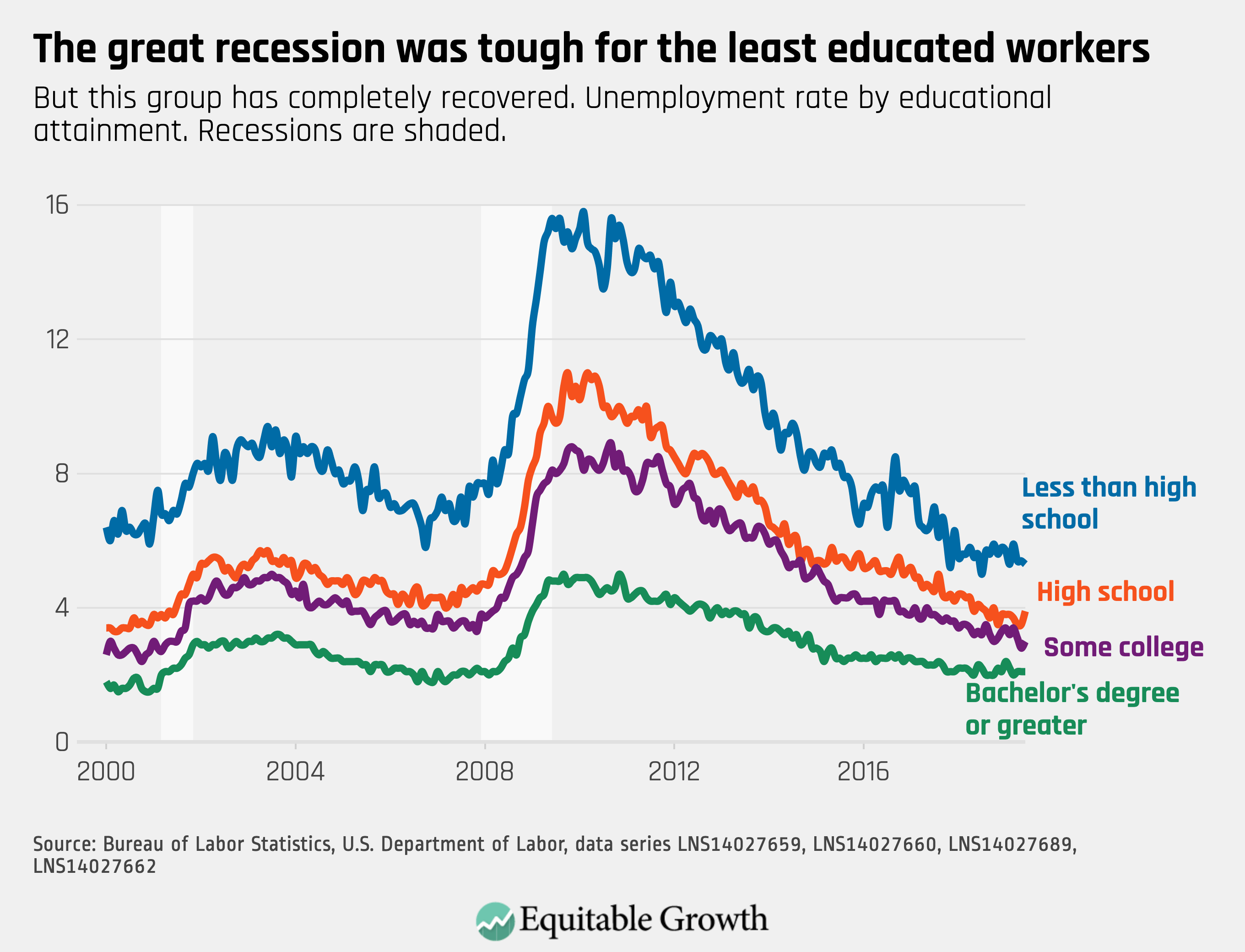