On August 2nd, the U.S. Bureau of Labor Statistics released new data on the U.S. labor market during the month of July. Below are five graphs compiled by Equitable Growth staff highlighting important trends in the data.

The employment-to-population ratio for prime-age workers is showing signs of plateauing in this phase of the labor market expansion. 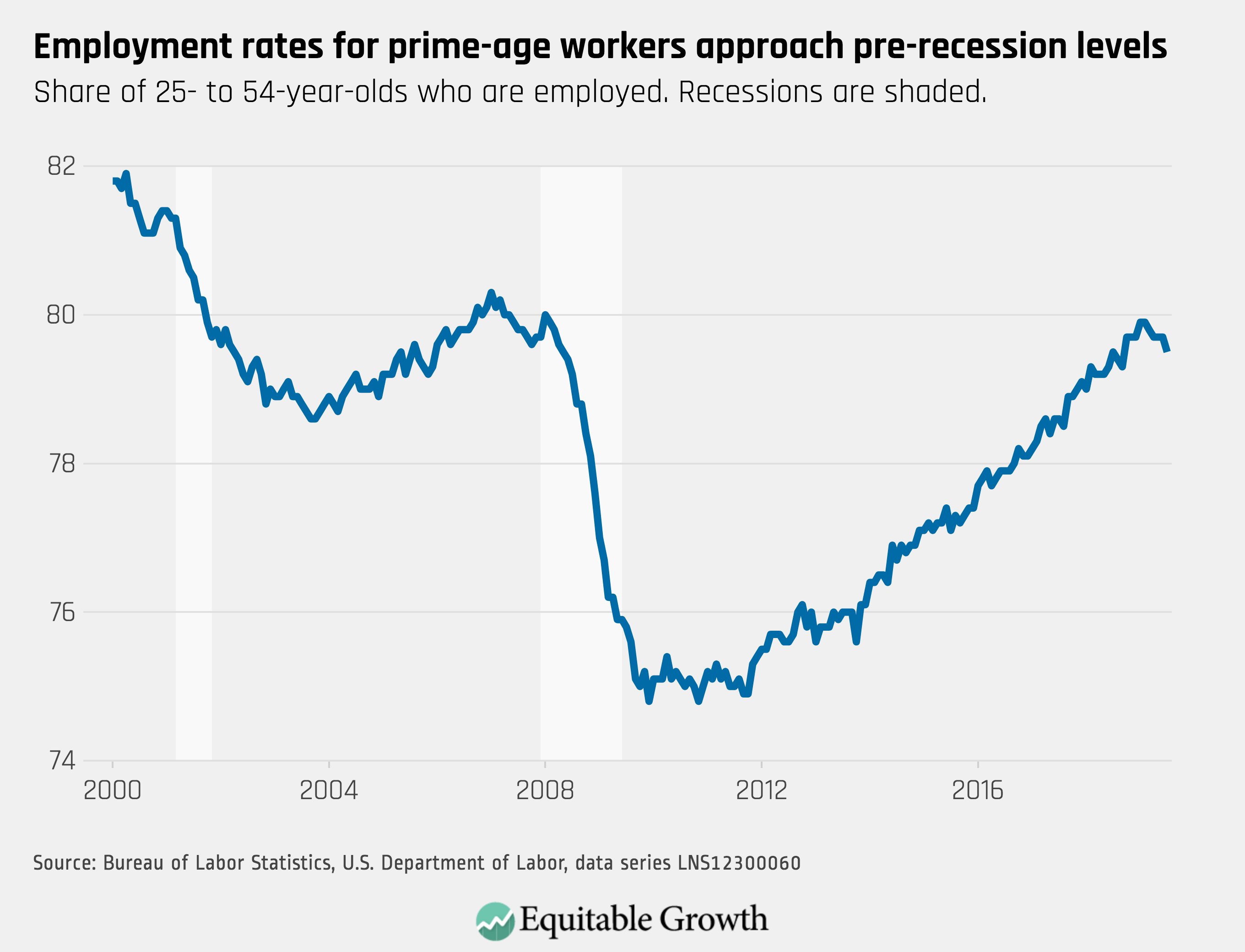 With a low unemployment rate of 3.7% for the entire labor force, the rate for African American workers at 6.0% and Hispanic workers at 4.5% remains significantly higher than that of White workers at 3.3%. 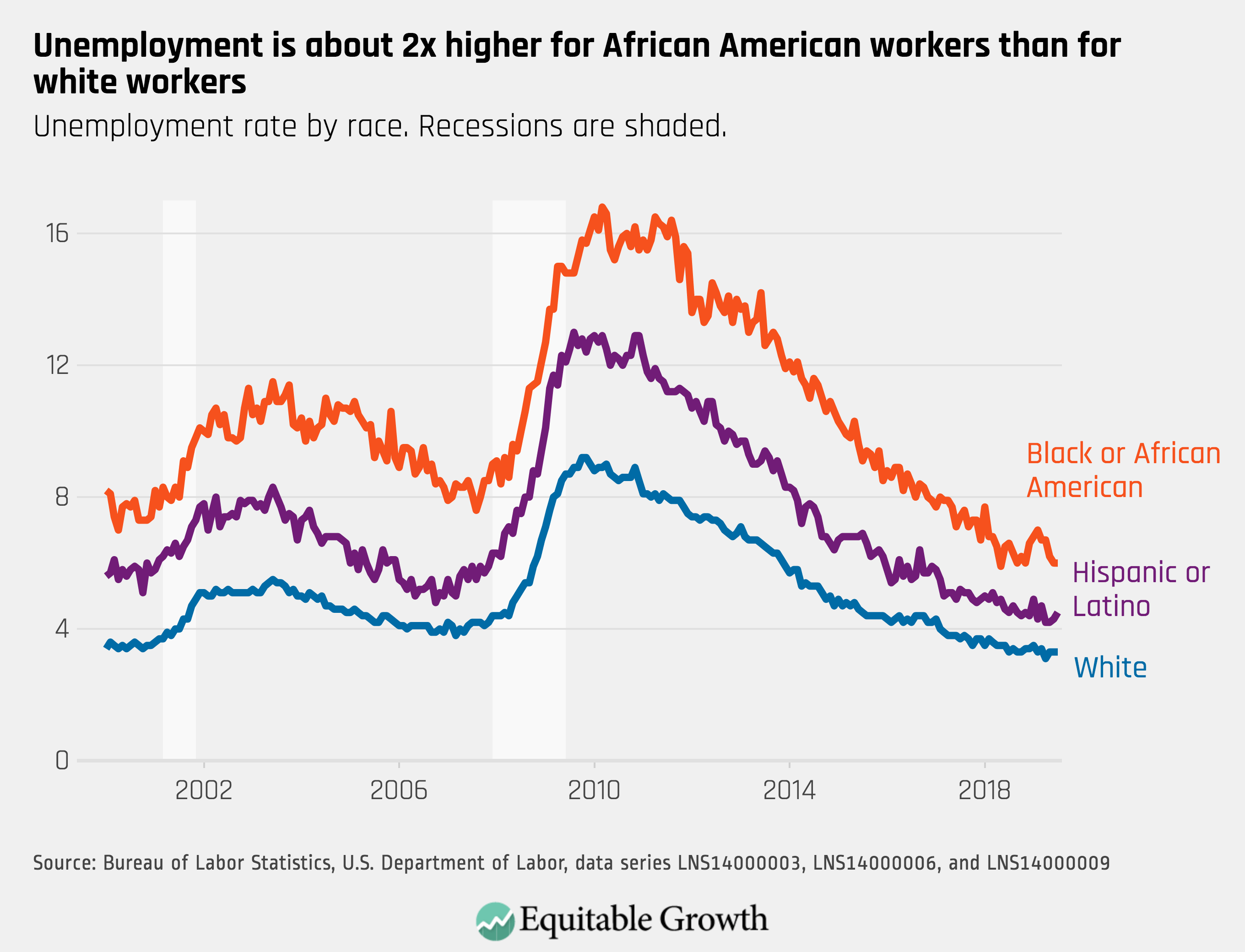 Wage growth was a tepid 3.2% year-over-year in July, with no sign that the labor market is overheating despite low unemployment. 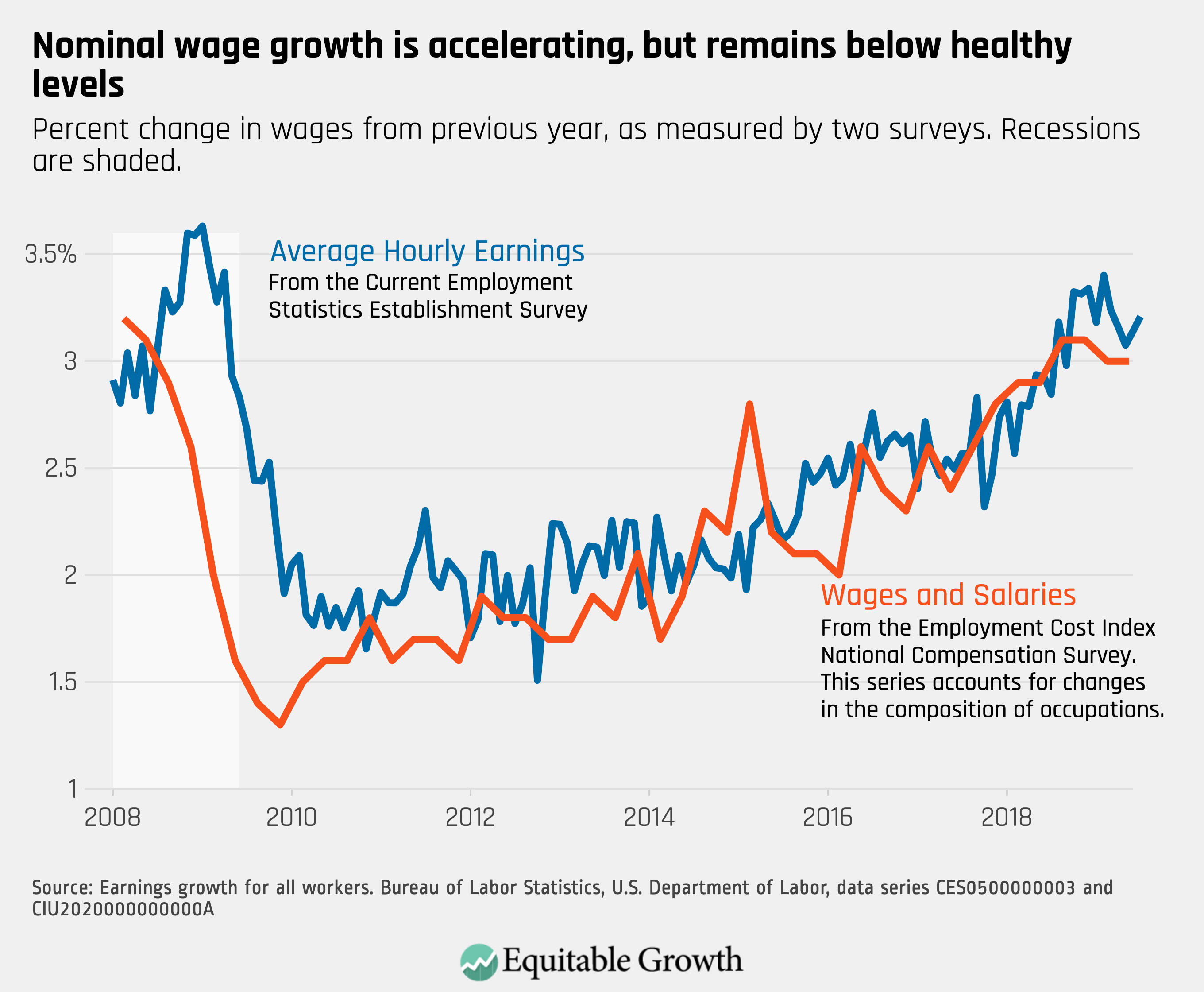 While better-educated workers continue to have lower unemployment rates overall, the rates for less-educated workers decreased in July while increasing slightly for those with a Bachelor’s degree or higher. 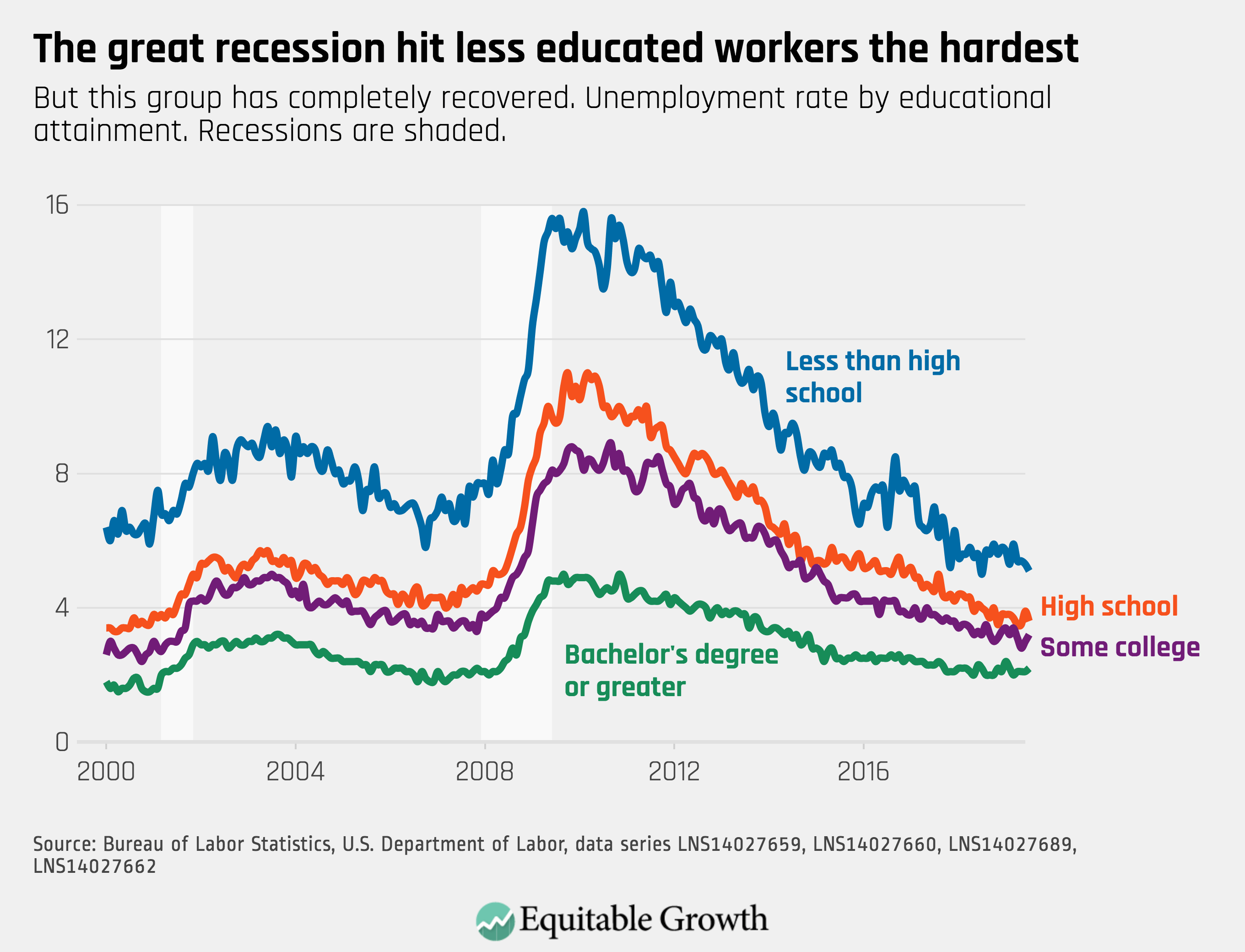 Recent employment gains in manufacturing have plateaued and remain at much lower levels than in service industries like health and education. 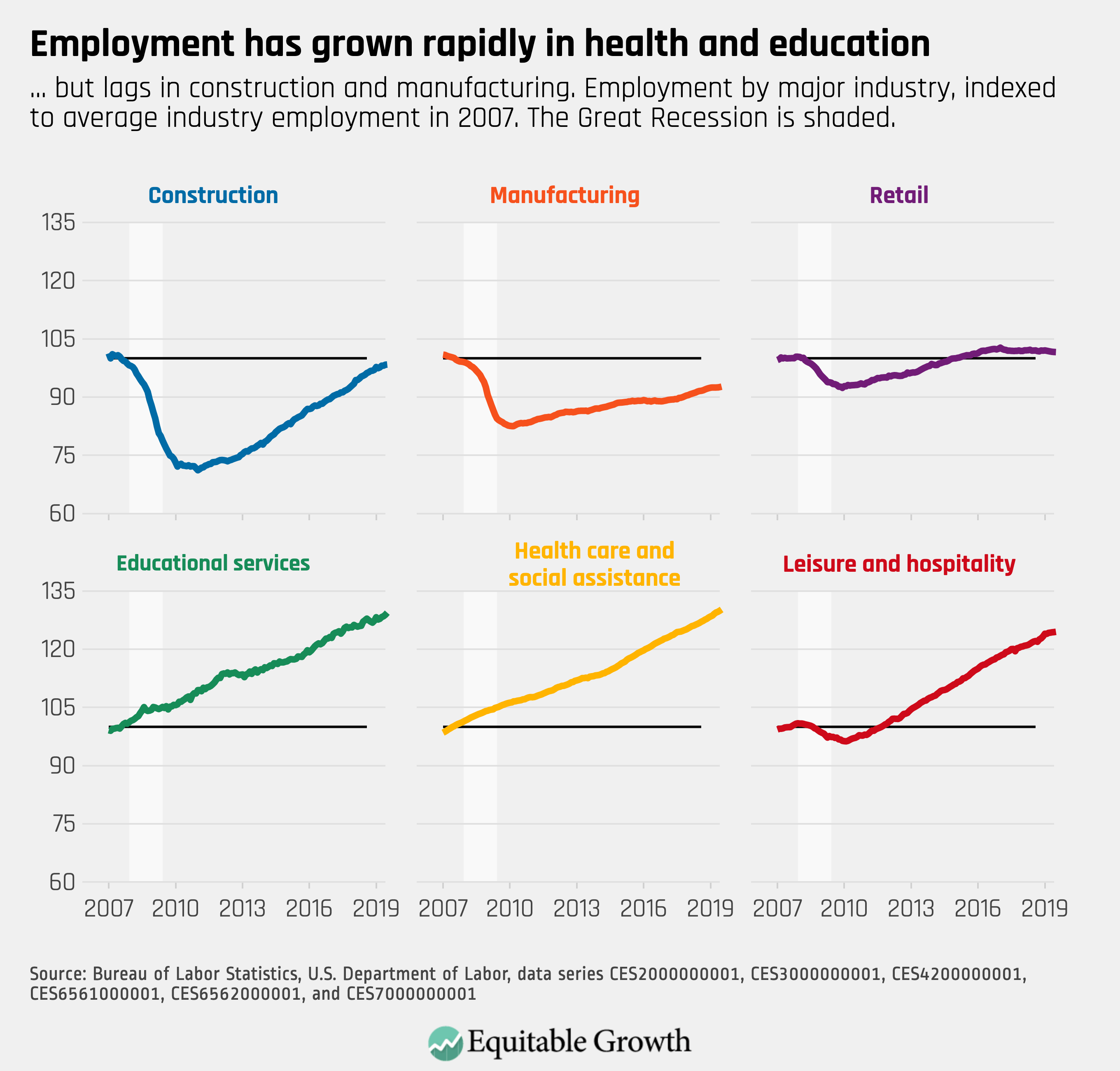