Earlier this morning, the U.S. Bureau of Labor Statistics released new data on the U.S. labor market during the month of February. Below are five graphs compiled by Equitable Growth staff highlighting important trends in the data.

The prime-age employment rate was unchanged in February, reflecting the low growth of payroll employment in the labor market. 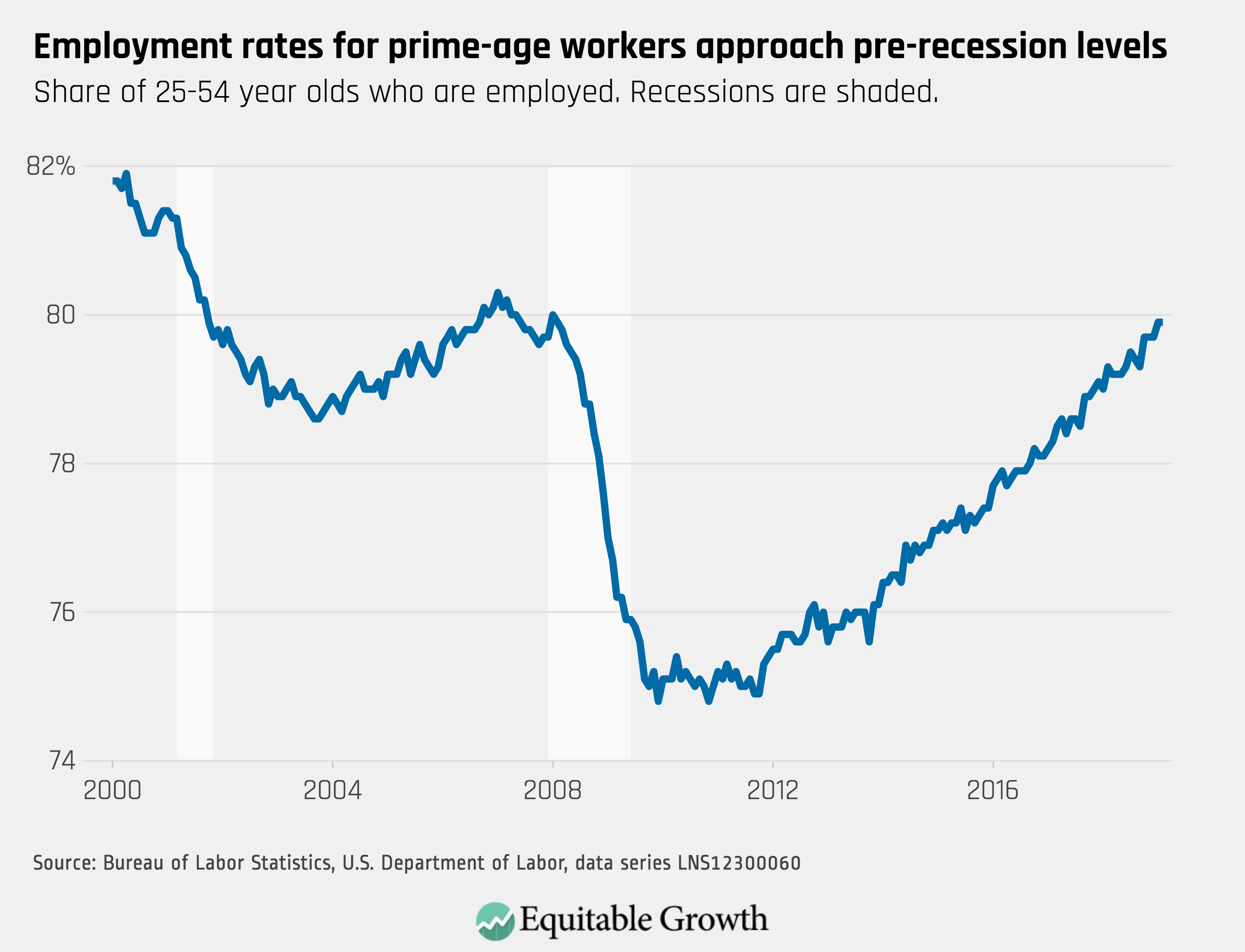 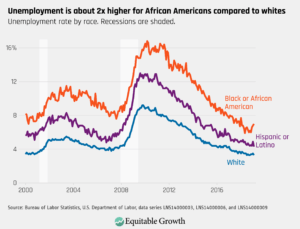 Wage growth was 3.4% over the year, picking up pace and getting closer to the target for a healthy labor market. 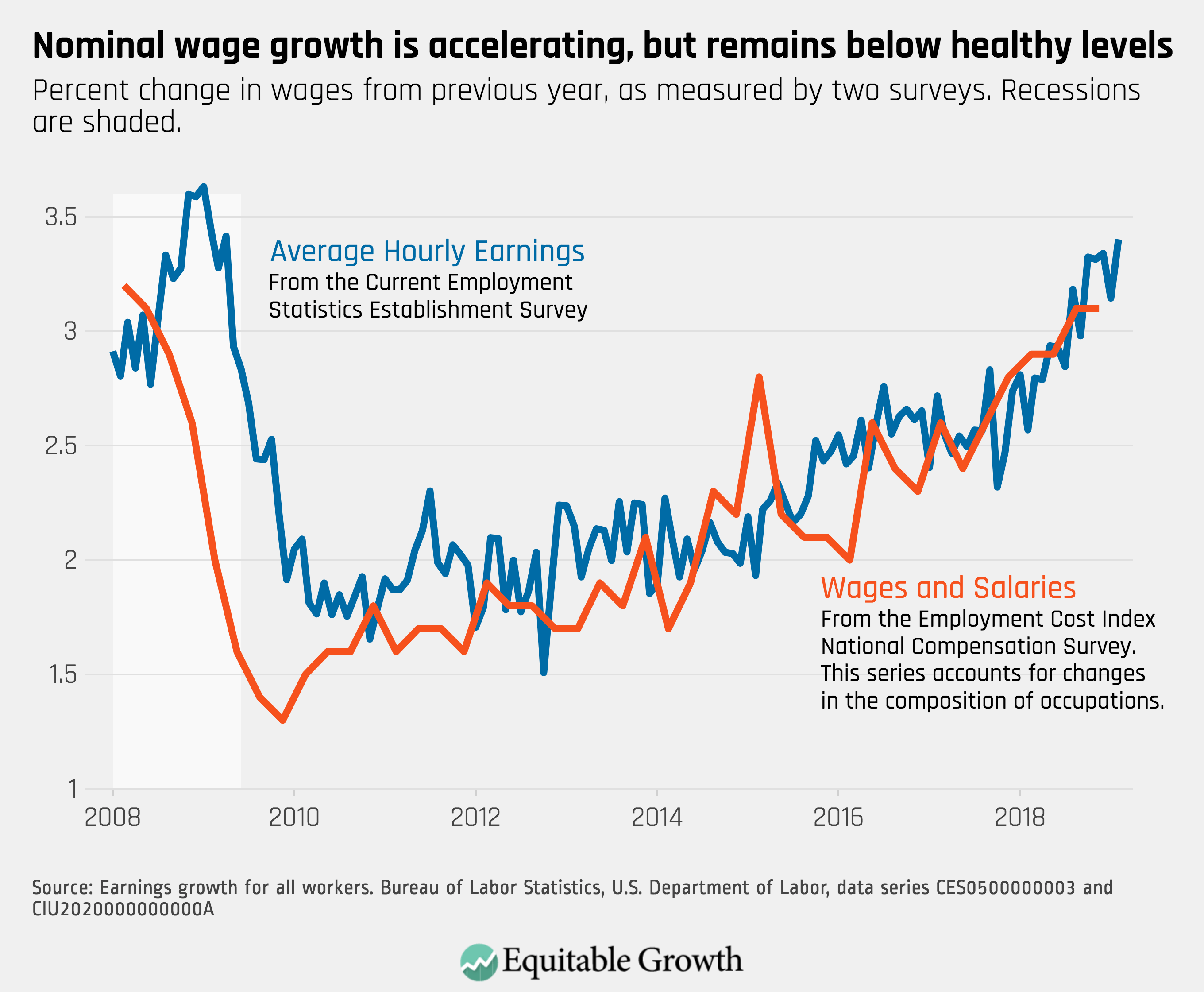 More workers are going directly into jobs after being out of the labor force, demonstrating how a tighter labor market brings people in off the sidelines. 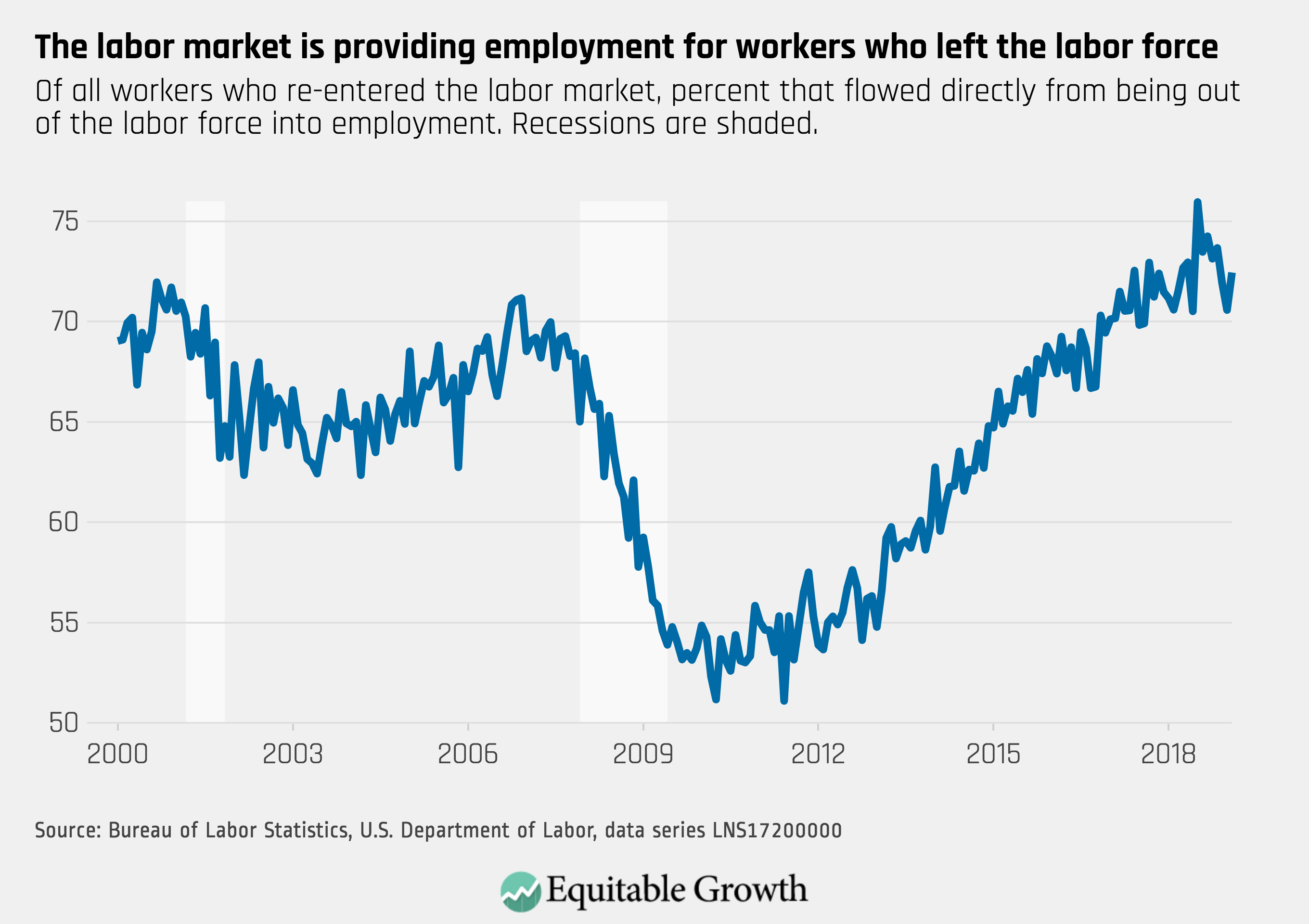 Fewer workers are unemployed due to losing a job, as more workers enter unemployment voluntarily as they leave their jobs or re-enter the labor force. 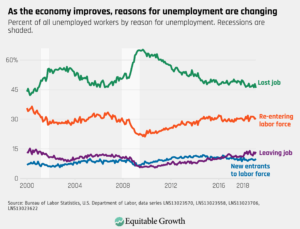