Equitable Growth
Earlier this morning, the U.S. Bureau of Labor Statistics released new data on the U.S. labor market during the month of December. Below are five graphs compiled by Equitable Growth staff highlighting important trends in the data.

The prime employment rate hit a new high for the recovery as it edged above 79 percent. Yet it still hasn’t hit levels seen more than 10 years ago. 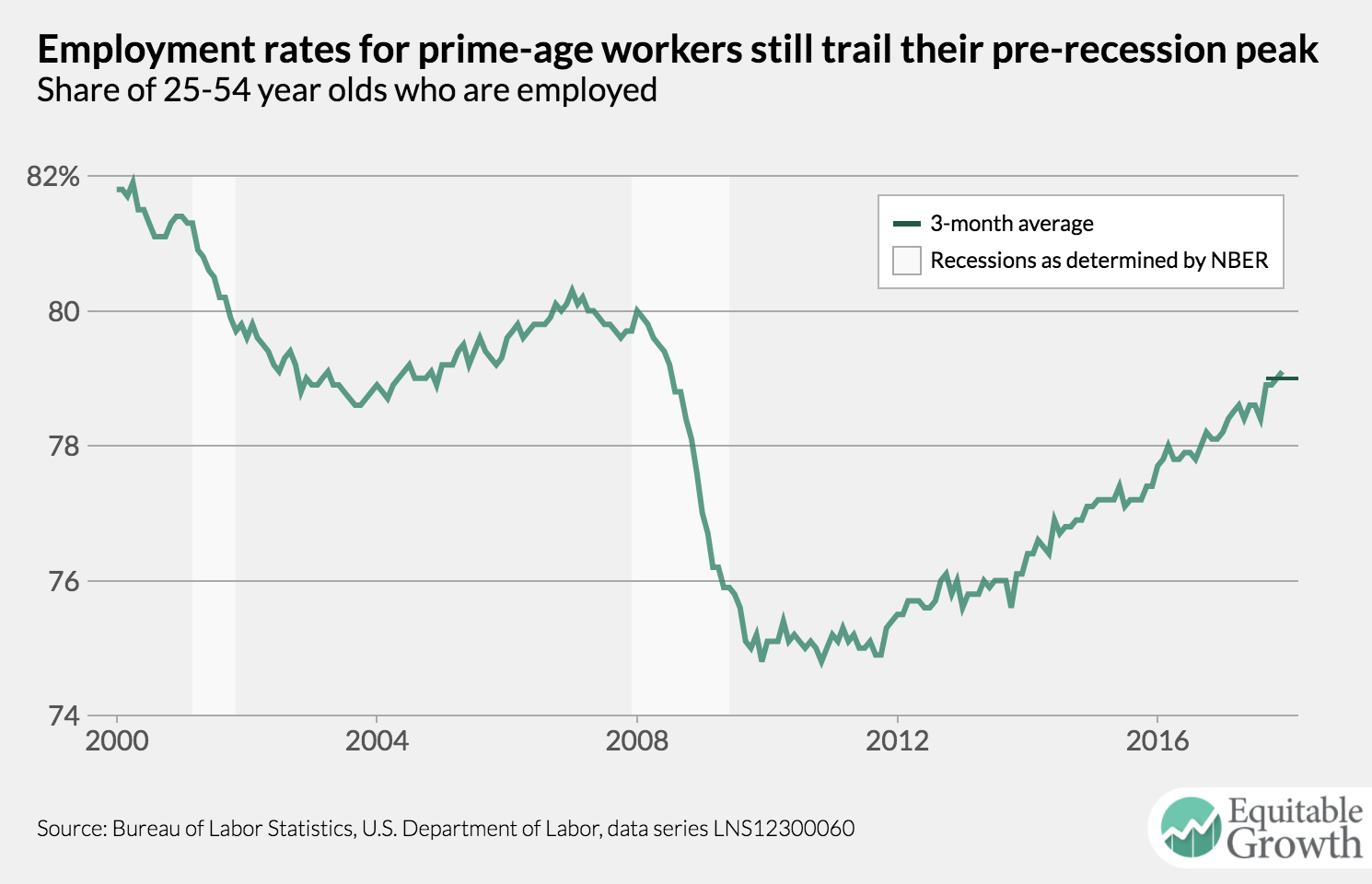 The unemployment rate for black workers hit an all-time low in December at 6.8 percent. Racial inequities in the labor market are still large, but a tight labor maker is reducing some of them.

The share of unemployed workers who lost a job rose in December, although the trend over the past year has been flat.

Long-term unemployed workers are a smaller share of all the unemployed. If this trend continues, it may be a sign the unemployment rate can get even lower.