Earlier this morning, the U.S. Bureau of Labor Statistics released new data on the U.S. labor market during the month of April. Below are five graphs compiled by Equitable Growth staff highlighting important trends in the data.

The employment rate for prime-age workers declined slightly in April, but remains on its upward trajectory as the unemployment rate reaches its lowest level in almost 50 years. 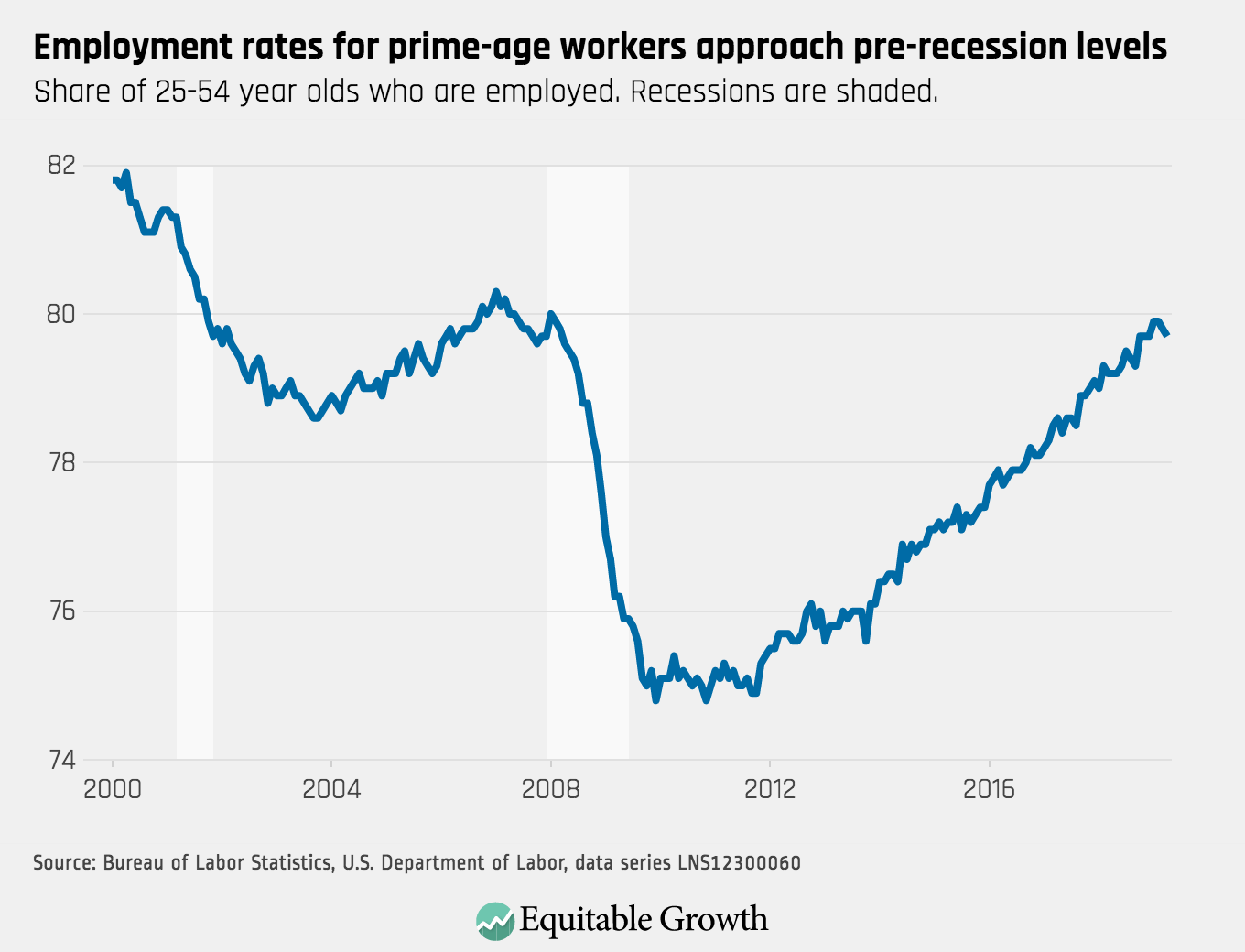 Wage growth is approaching healthy levels, with a 3.2% year-over-year increase in average hourly earnings as of April. 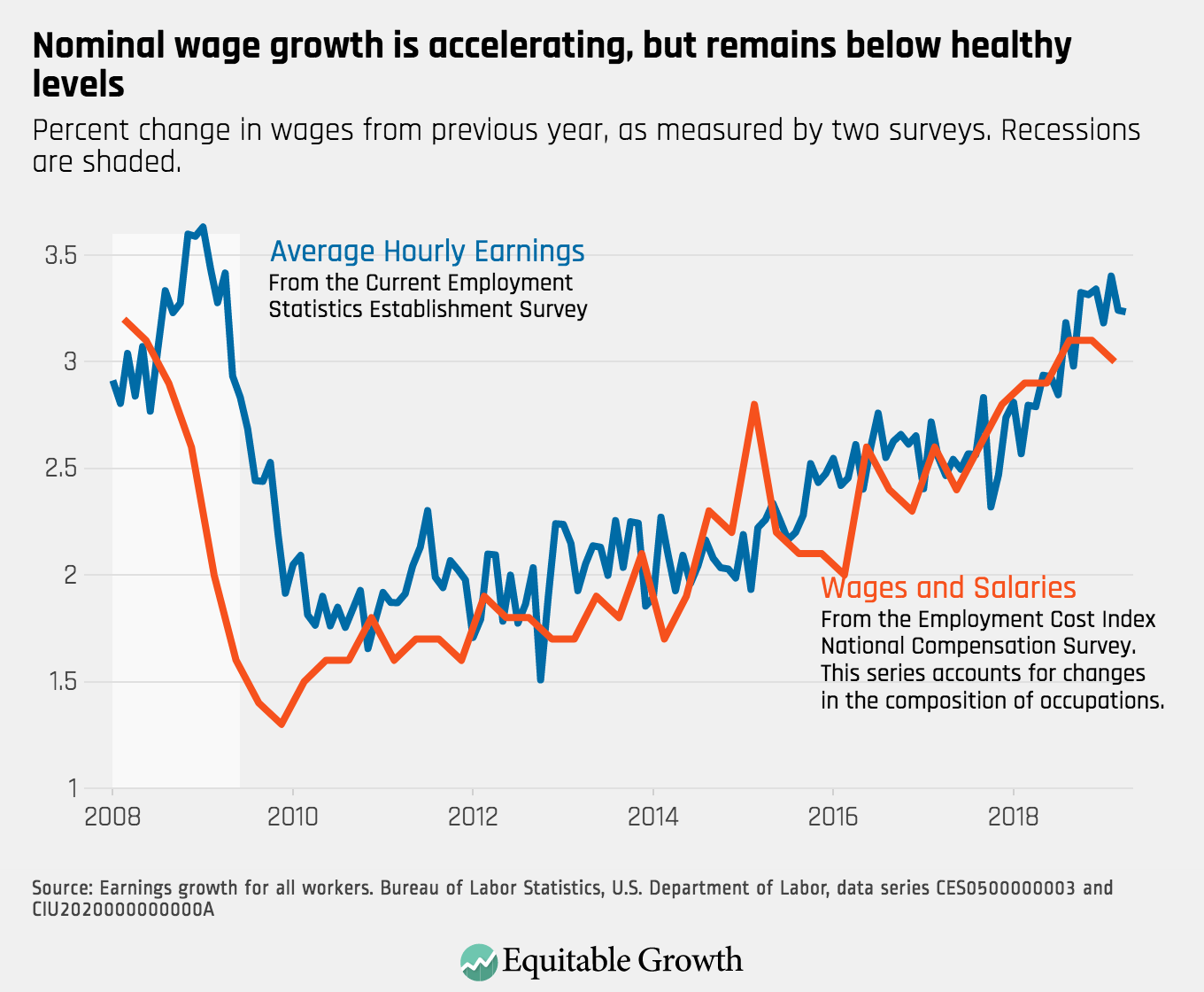 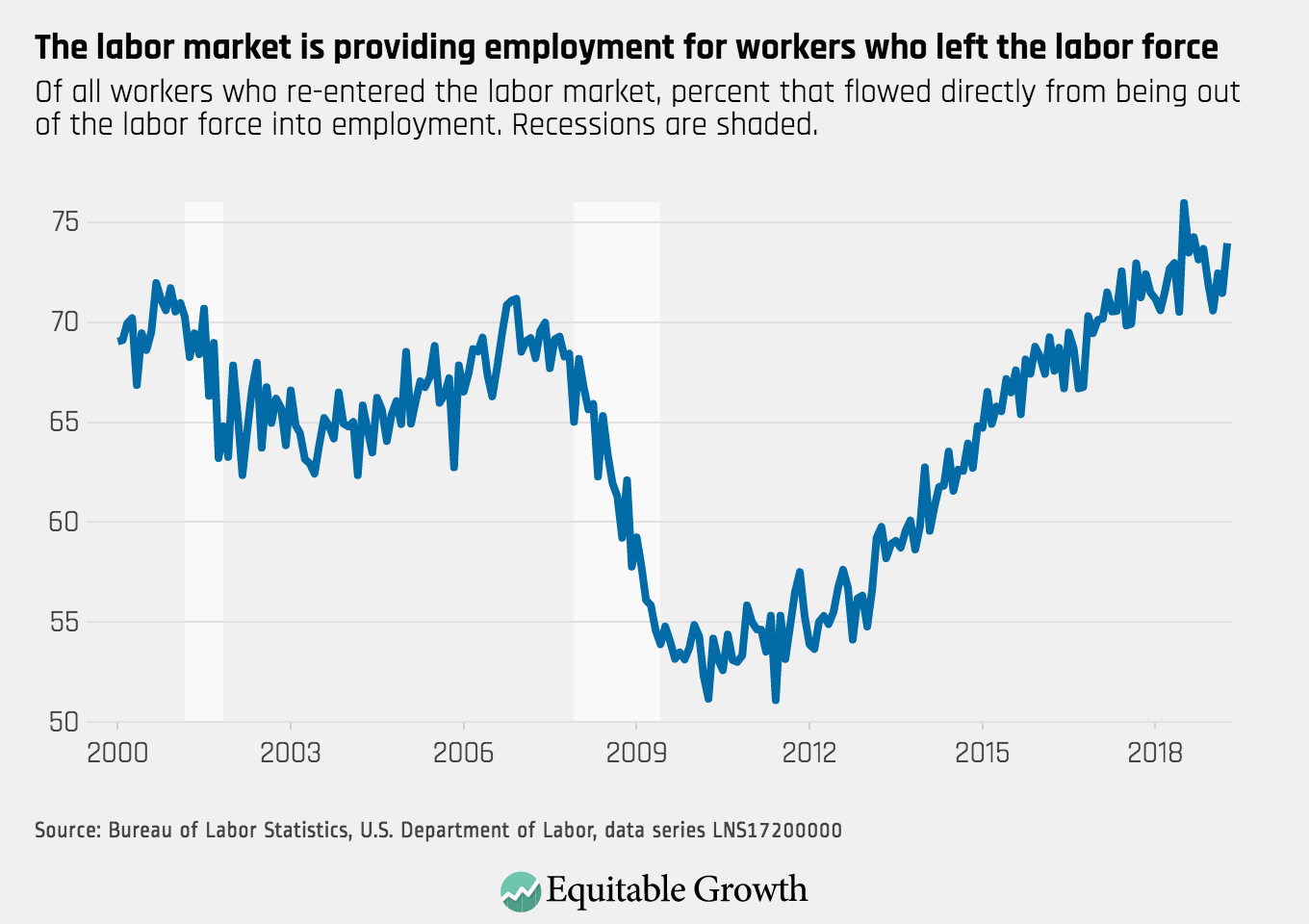 An increasing proportion of unemployed are reentrants to the labor force, signaling confidence about job prospects. 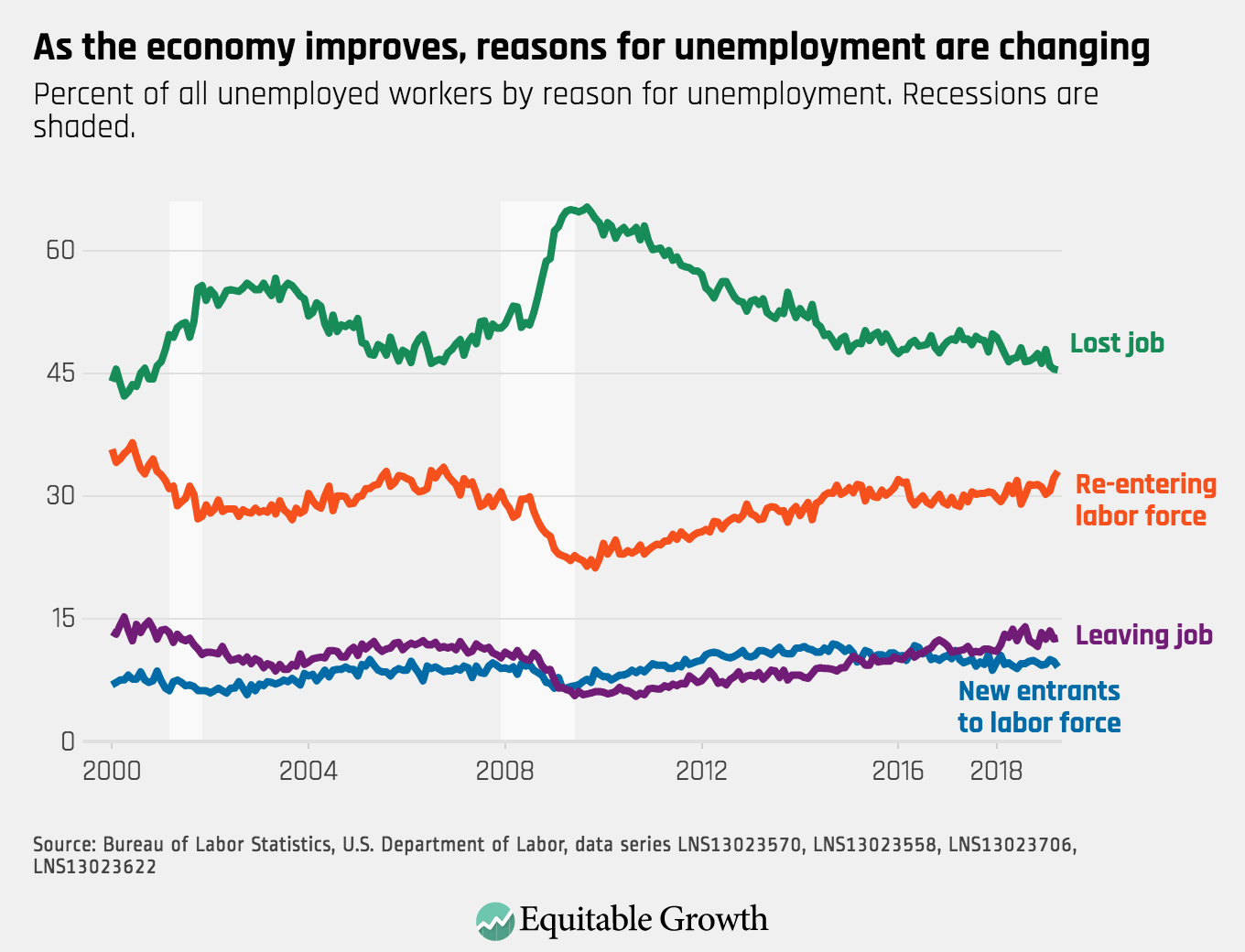 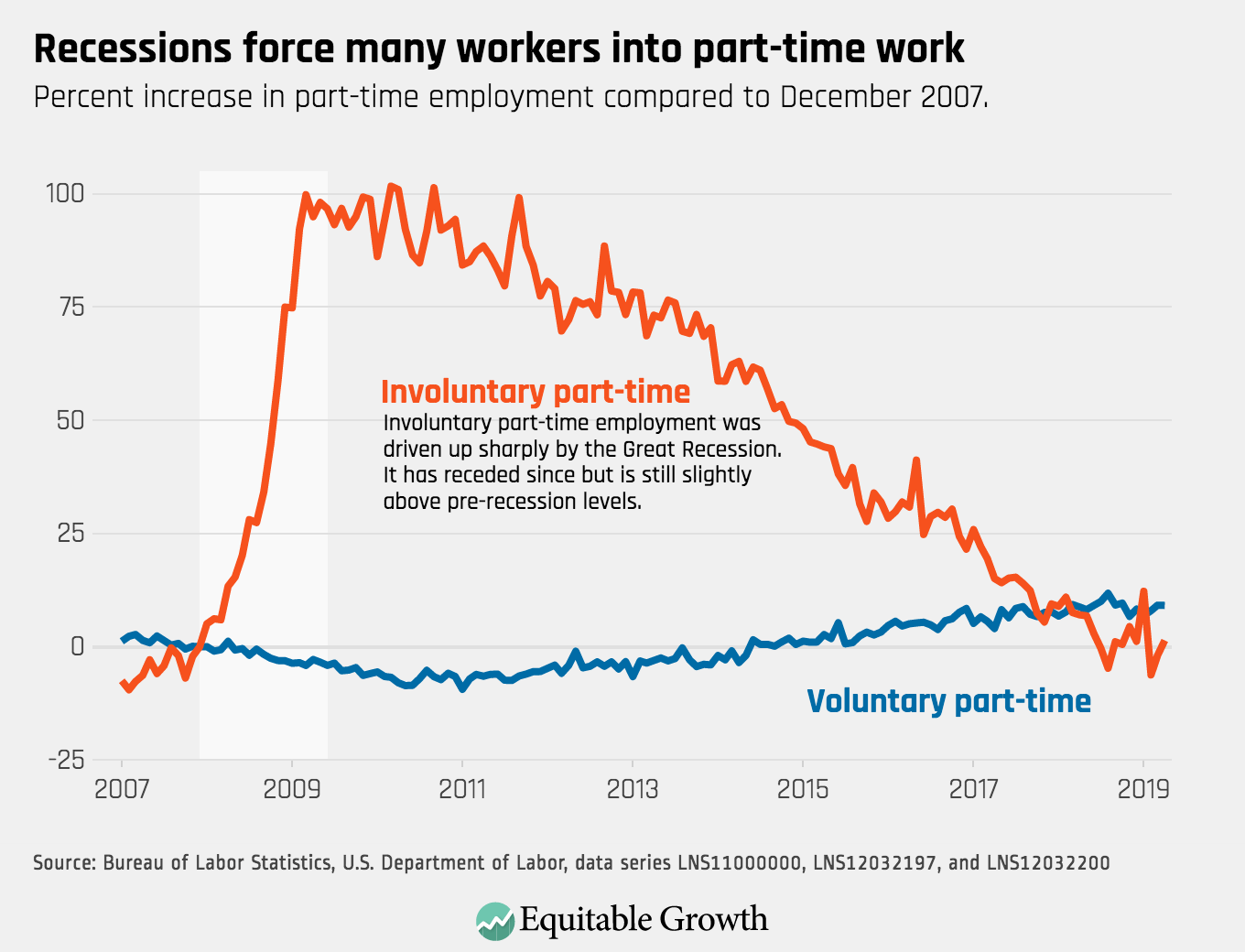