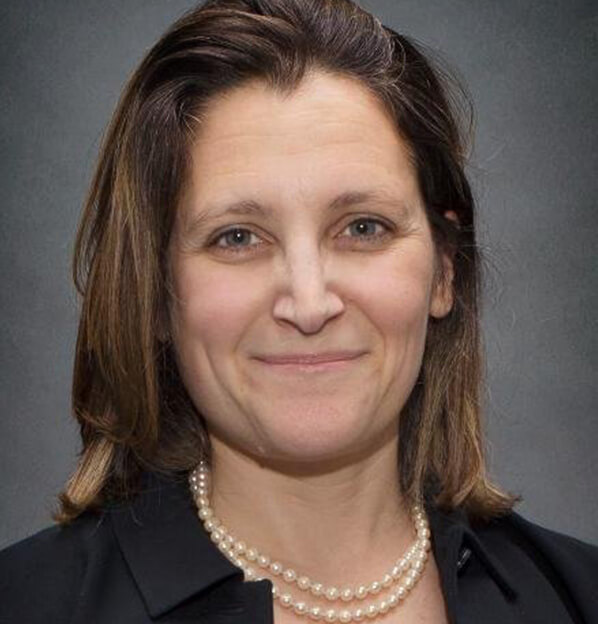 Freeland has appeared on a number of TV and radio shows, including “Real Time with Bill Maher,” “The McLaughlin Group,” “The Dylan Ratigan Show,” “Fareed Zakaria GPS,” and “The Colbert Report.” In June 2013, she gave a TED Talk on economic inequality, plutocracy, globalization, and the growing income gap.